Australia’s about to receive a revitalising dose of electrifying heaviness, with Baroness‘ tour just around the corner. Their first visit since 2014 when they came for Soundwave Festival, they will not only be embarking on headline dates across the country, but will be bringing their thunderous guitars to the great Meredith Music Festival.

For more than thirteen years the group have been producing incredible, colourfully-themed albums: Red Album, Blue Record and Yellow & Green firmly cemented their place at the top of the sludge pile, with Y&G even debuting in the top 30 on the US charts, no mean feat for any kind of metal group at all. They not only brought their live show to heavy-leaning festivals like Soundwave, but major mainstream events like Coachella and Bonnaroo. They’re one of the rare heavy bands to successfully traverse that land from underground metal attention to mainstream respect well beyond the genre’s walls, without losing a single drop of what makes them so great. This has only continued through the years, right through to last year’s critically acclaimed Purple, their first album since 2011. It also marked their first since the band endured serious injuries following a bus crash in the UK, and subsequently, their first with a new bassist and drummer.

Support acts have now been revealed for each concert: We Lost The Sea and Lo! will kick off proceedings in Sydney, Greig will open in Brisbane, Batpiss and Child will share the task in Melbourne, Child and Crypt will open in Adelaide, and both Skullcave and Bayou will warm up the crowd in Perth.

For those in Perth, take note of the venue change – it will now take place at Amplifier Bar (ticketholders don’t need to do anything, Capital tix are still valid)

Tickets are still available, you can find these and more info right here. 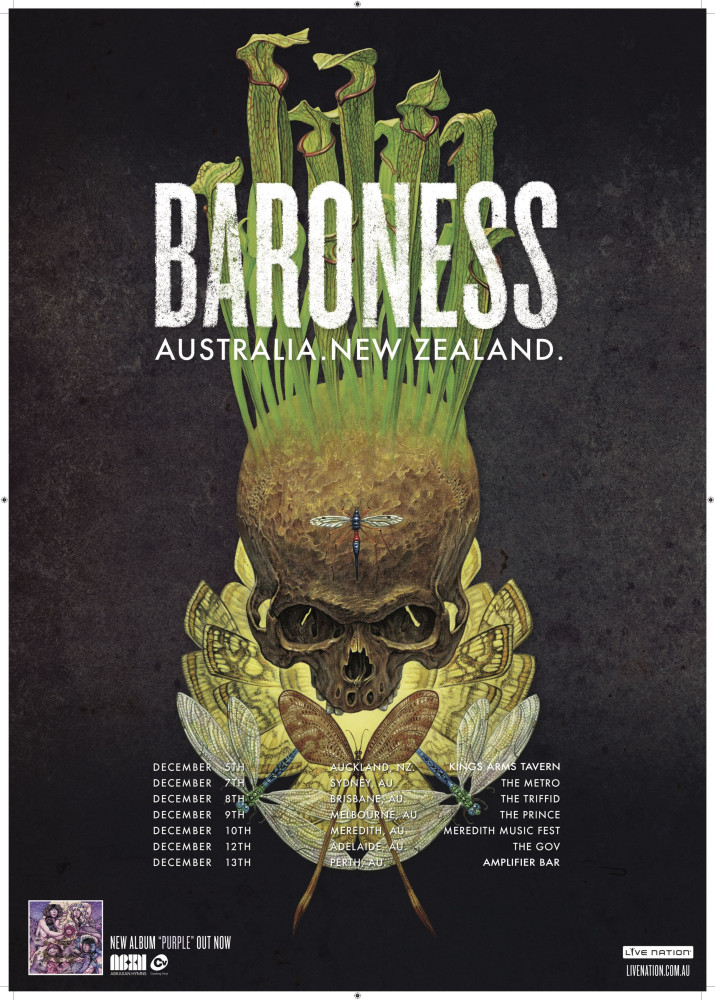