2016 has certainly been a big year for musical artists branching out with into the film realm; Beyoncé’s Lemonade and Frank Ocean’s Endless served as the major standouts, combining both of these art forms masterfully. Now looking to join them is fellow musical heavyweight and Canada’s R&B prince The Weeknd, recently announcing what he is calling a “visual piece”.

Titled Mania, The Weeknd released an 18 second teaser trailer onto his Twitter earlier today, and from what we can assume, it’s a film which exists in the same space as the Starboy music video, with both featuring that memorable panther and being directed by Grant Singer.

Information is still very scarce, and there is no set release date (while we assume it drops on the album release) or outline for what this visual piece will actually entail. While we hope it somehow ties into his other incredible clip for False Alarm, it would be equally brilliant if this did in fact turn out to be a visual accompaniment for the album slated for release this Friday.

In other news, as if that couldn’t get any better for Australian fans of The Weeknd, the second round of his pop-up shops have chosen to base one of their stores in Melbourne. Selling a range of merchandise, from denim jackets and bombers to tees and caps, it’s all in celebration of the release of his Starboy album. Check out the poster below and visit his shop here for more information. 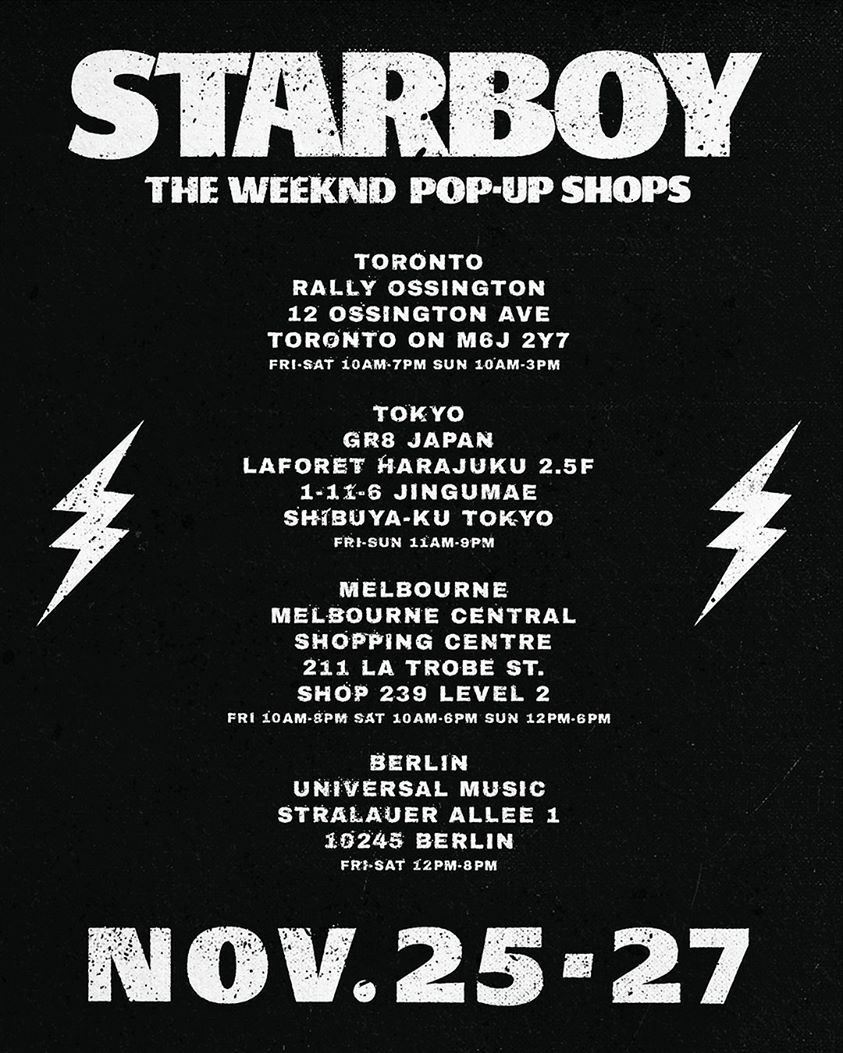