Run The Jewels have released a new track in response to the alarming victory of Donald Trump, now President of the United States. It’s called 2100 ft. Boots and will be head on their forthcoming album Run The Jewels 3.

Killer Mike and El-P are two of the most outspoken artists in hip-hop; Killer Mike in particular was a loud and proud advocate of Bernie Sanders, later switching his support to Hillary Clinton. The pair also reference Trump both in their newly released single Talk To Me and their DJ Shadow collaboration Nobody Speak.

The track was released today, earlier than planned, in response to the reality that is President Donald Trump. It was released along with the following note:

“for our friends. for our family. for everyone who is hurting or scared right now. here is a song we wrote months ago. we werent planning on releasing it yet but… well it feels right, now. its about fear and its about love and its about wanting more for all of us. its called 2100. we hope it finds you well.

2100 features collaborator Boots, was produced by El-P and co-produced by Little Shalimar and Wilder Zoby. “How long before the hate that we hold leads us to another Holocaust?” begins Killer Mike, setting the sombre and sobering tone of the track. El-P introduces the listener to a futuristic world of violence and war, later lamenting the torment and darkness of the world surrounding him. “I don’t know how much it really means to be right, or what a joy it’d be to see some peace in this life.” Boots provides an eerie melodic hook throughout, adding to the soulful and starkly emotive instrumental layers.

The artwork was captured by Meredith Graves of Perfect Pussy: 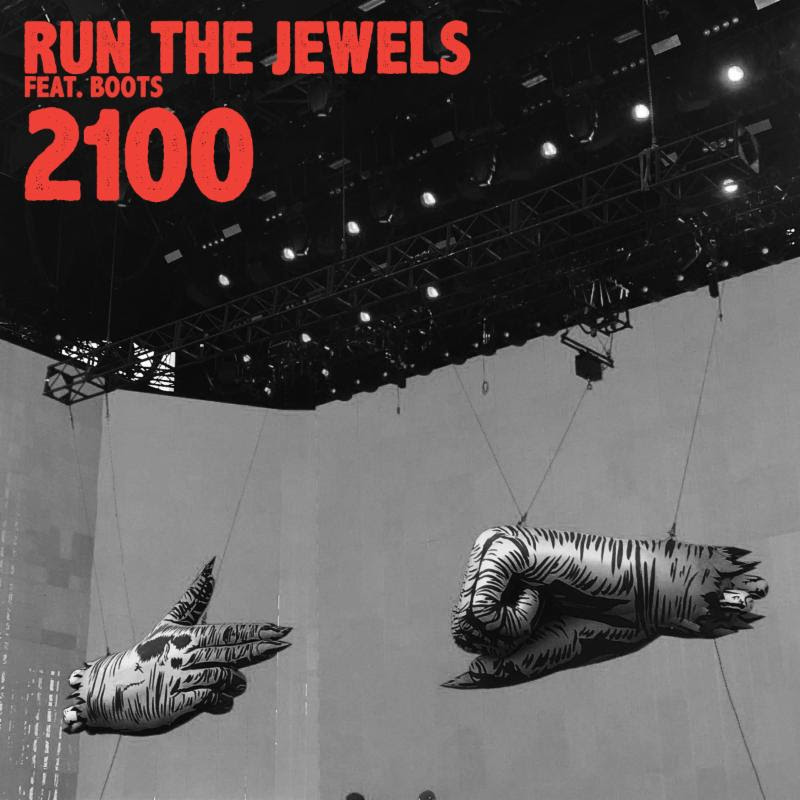