Man is not himself when he is his own person. Give him a mask, and he’ll tell you the truth. So said Oscar Wilde, the author of many profound statements. However, this particular theory doesn’t seem to always apply to musicians. The idea of the stage persona is familiar to most music fans; music, past and present, is littered with such characters. But, and I hate to disagree Oscar, many of those artists have used their masks (real and metaphorical) to hide the truth.

In this era of social media, and the “brand of I”, we should be more aware than ever of the importance of image. There is is an interesting contrast between our desire to share every aspect of our lives, and the rigorous filtering of that narrative. Similarly, there is a definite appetite for the inside view on celebrity lifestyles, but we also don’t want to have our illusions shattered.

Musicians are historically the masters of image, in fact an “image” is something artists are advised to cultivate if they want to succeed in the industry. Audiences crave a narrative, a character, as much as they do the music. Fans are more than capable of creating their own myths and legends, but what about the personas that are actively cultivated by artists? We took a look at some musicians who created the convincing narratives, and when they got found out… 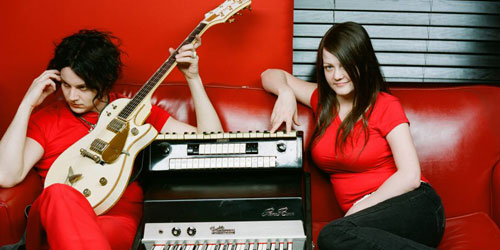 The duo formed in 1997 and hit the mainstream in 2001 – perfectly matched in their colour scheme and their eccentricity. Jack and Meg White presented an unusual image in a number of ways; a female drummer was rare enough to be notable, they lacked a bass player, had a penchant for candy colour schemes, and they were brother and sister. Or at least, that was the public line from the pair.

Although Jack and Meg as siblings is eminently believable, in 2002 a Detroit newspaper printed a copy of a marriage certificate 1996 that revealed them to be, in fact, husband and wife. Jack, who had taken his wife’s name after their marriage, explained the lie in later years; “It’s funny that people think me and Meg sit up late at night, in front of a gas lamp, and come up with these intricate lies to trick people. If we had presented ourselves in another fashion… how would we have been perceived, right off the bat? When you see a band that is two pieces, husband and wife, boyfriend and girlfriend, you think, ‘Oh, I see…’” He gave it as his opinion that “When they’re brother and sister, you go, ‘Oh, that’s interesting.’ You care more about the music, not the relationship.”

Rumours regarding the pair persisted for years off the back of the revelation; were they actually married? Divorced? Some people even claimed they were siblings who were married. None of this seemed to hurt the duo’s career however, with The White Stripes becoming one of the most acclaimed acts of the last two decades. 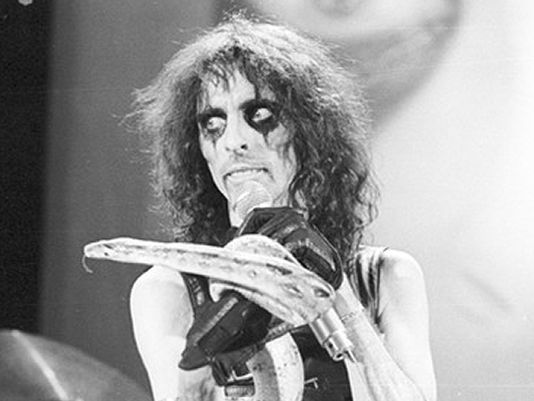 Rock and metal are perhaps the most fertile genres for artist narratives; traditionally the home of outcasts, the obscene and the unholy. More than one rock star has supposedly arrived on Earth from hell, or outer space… or Phoenix. Like Alice Cooper; a familiar figure with his long hair, whips and black eye make up. A key persona in rock mythology, famed for biting the head off a chicken and gothic torture. Contrary to popular belief, Alice was not only simply for show, but also somewhat accidental.

Born Vincent Furnier, his first foray into music was impersonating The Beatles with fellow cross country teammates for a local talent show. Despite having little musical ability, they officially formed a band named The Spiders, who played songs inspired by artists like the Kinks and The Yardbirds. The idea of “Alice Cooper” was in fact born out of a decision that the band needed a gimmick to gain notoriety.

The son of a preacher, and an active church member, Furnier assumed a complete personality change in his role as Alice. Inspired by Bette Davis in Whatever Happened to Baby Jane? and Anita Pallenberg as The Great Tyrant in Babarella, the persona was entirely contrived. In fact, the legend of the chicken head, Alice’s most infamous act, didn’t actually happen.

Somehow, a chicken appeared onstage during a show in 1969. Furnier – who has no experience of farm animals – hurled the bird into the audience, assuming it would fly. Unfortunately it did not, and was subsequently torn to shreds. The following day the press reported how Alice had bitten the chicken’s head off and drank its blood. The story was left unquestioned for decades, after Frank Zappa advised Furnier “Whatever you do, don’t tell anyone you didn’t do it.”

His career was marked by sexual ambiguity, blood and satanic imagery, and the persona eclipsed the truth for many years. But offstage, Alice turned out to be about as mild mannered a rock star as you can find – as his appearance in Wayne’s World somewhat hints at. An actor, golfing celebrity and restauranteur, Furnier also hosts a radio show Nights with Alice Cooper. 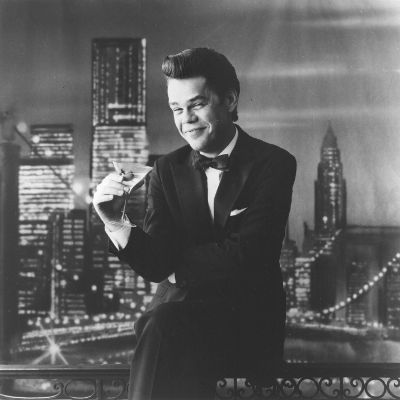 Suave, besuited and vibrant, Buster Poindexter is the singer responsible for the overly infectious Hot, Hot, Hot (feeling hot, hot, hot… you know). Released in 1987, from his self-titled album, the sleeve shows a slick Poindexter sipping on a martini and smirking. The record is a mix of calypso, lounge and jazz, with Poindexter’s vocals backed by The Uptown Horns.

No one would have guessed that the tropical tinged Buster Poindexter was in fact New York Dolls frontman David Johansen. The Dolls, contemporaries of Iggy & The Stooges and The Velvet Underground, were seminal in the emerging punk scene. Backcombed hair, bad attitudes and a thrashed out sound, they are considered to be one of the seminal acts of the 1970’s and precursors to punk and glam metal.

Buster Poindexter was quite a change for Johansen after releasing songs like Trash and Personality Crisis. Describing the limitations of being in a pure rock band, Johansen explained how Poindexter gave him the freedom to play the other styles music that were in him. “We used to have the ads in the Village Voice in those days, that’d say, “Tramps. Monday night. Buster Poindexter” — and it didn’t say anything about David Johansen, people would come out of curiosity, or word of mouth and just be able to listen to what I wanted to do, as opposed to having any preconceived expectation about what kind of music it was going to be.” 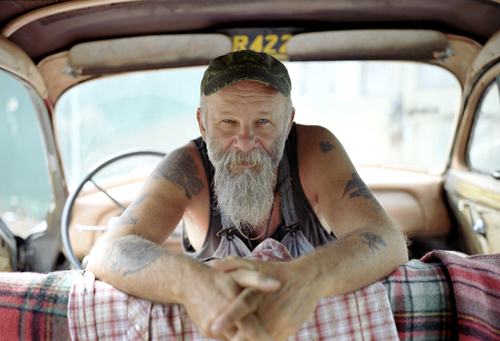 Out of all our busted myths, Seasick Steve is perhaps the biggest revelation of all. A recent biography of the bluesman found some glaring holes in the singer’s romantic backstory, throwing the charming persona of a rootless, Mississippi hobo into question.

In 2007, the industry crowned a 66 year old vagabond as its best new breakthrough act. With his beard, his southern drawl and a guitar made out of a cigar box and a spatula, Seasick Steve was a heartwarming act. Even his songs told the story of his drifter existence and the hardships he’d faced. With this in mind, biographer Matthew Wright had hoped to uncover more of Steve’s story. What he found was nothing like he’d expected.

Far from spending years as a wandering blues musician, Steve appeared to have actually been firmly ensconced in the music business throughout the 1970’s and and 80’s. According to the myth, Steven Gene Wold was born in 1948, the same year as Dylan and Joan Baez. However, his passport revealed his date of birth in 1951 and his real name to be Steve Leach. The discovery of his true name lead Wright to discover that Leach had been the bass player in the band Shanti during the early 70’s. Devotees of transcendental meditation, who were recording an album at the time that Seasick Steve claimed to have been roughing it on the streets of Paris.

After his stint with Shanti, Leach went on to play in a disco band named Crystal Grass. The band penned a number of well known tracks, and Leach certainly performed on their 1976 album. By the end of the decade he was singing backing vocals for the Beach Boys splinter group Celebration, and it didn’t stop there. The 80’s saw him writing and singing for Clean Athletic and Talented, notably the interestingly named track I Love to Touch Young Girls. By the time the 90’s rolled around, Steve had swapped Europe for Washington State and was producing for bands like Modest Mouse.

At this point, the story of Seasick Steve begins in earnest. A bumpy boat ride to Norway inspired the moniker and the persona that would take the unsuspecting music industry by storm. The reason for the deception is still uncertain; why would an artist go to such lengths – especially after a fairly illustrious career? Possibly Leach/Wold concurs with Jack White; sometimes the myth is more interesting than the reality.