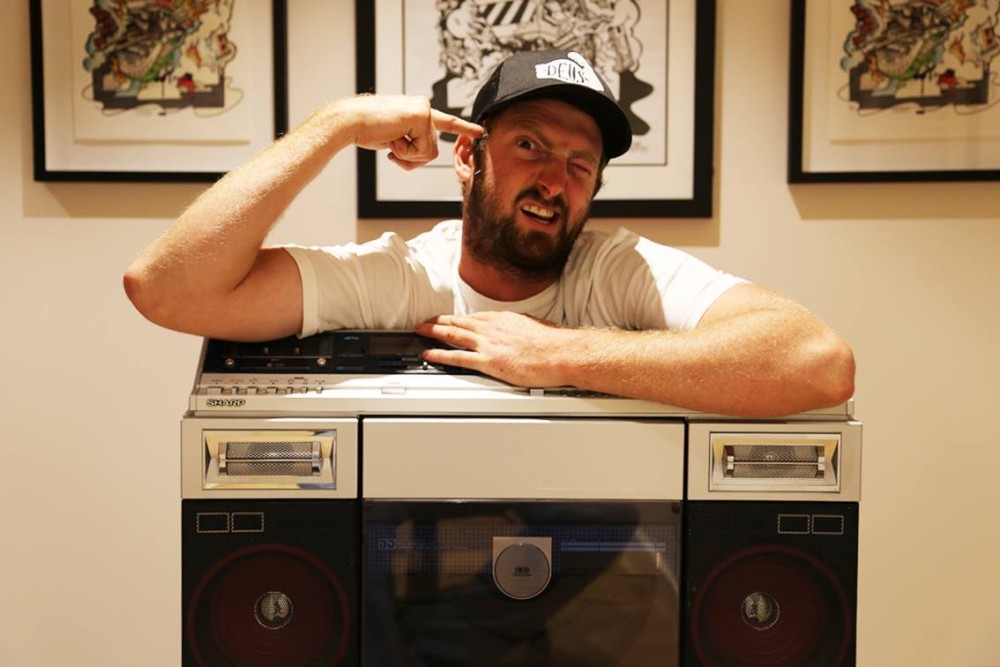 Years in the game: 10 years too long

Harvest is a Victoria-based MC who has been a solid part of the hip-hop scene for over ten years. Now signed to Spiderhole Records Harvest has put out five projects in the past three years, including a collaboration EP with Sins One titled Trade of Thought, as well as a series of EPs and the latest album all titled Letterheads. I caught Harvest live last month and the flow clearly resonated with myself and those around me. It had a Brad Strut feel, but with a darker tone, while the beats and production evoked a deep-seated nostalgia for that early 2000’s sound. Harvest’s latest album Letterheads dropped last April, so if you’re a fan of that sound, we guarantee you’ll dig it. We wanted to get to know Harvest a bit better, so we had a little chat to the man himself.

What got you interested in rap and hip-hop culture?

I don’t know really, I really liked writing since I was young. I heard a track with an Australian rapping on it when I was around 11, and thought, no doubt I can do that. So I started writing rap music and regretted it ever since.

You’ve been busy in the past year, dropping two EPs and an album. Has Letterheads been a long time coming? Or were you just in the zone and put out more than you needed for one album?

I just write. Matt Bane and I were good mates, so I get material up and record. Then about six months later, we’re sitting on another album’s worth of material. We’ve got a new release in the chamber now, and the way shit is working we could have enough for another one the year after that. Letterheads was two years of writing and recording – we had way too much, so we broke it up into the two EPs and a full length.

I thought the EPs might help create some hype to some degree, but it’s the same old shit, not many people wanna listen to this music. I can’t be angry about it, it just seems to be the way things are. We really don’t move that much product.

Your new album Letterheads, really brings back that authentic Aussie hip-hop sound. You don’t hear that old school sound as much anymore.

This is just the music I make and the sound I grew up with. The sound I chose isn’t that popular anymore, but it still resonates around the older crew plus a few of the young heads who appreciate this style. At the end of the day, I’m 30 now and I’m a failed musician to a degree – I never broke through, my music wasn’t really all that accessible, but I still got what I wanted from hip-hop and I’ve enjoyed every minute. I had this hit of acid when I was about 25 and it kinda made life fall into perspective. Prior to that I was a pretty heavy drug user and drinker, but after this hit I realised that shit wasn’t for me. I can kinda say that acid got me out of addiction and made me grab life by the balls. I only had that shit once and I don’t feel like I need it again, but for real, acid saved my life.

What artists did you work with on Letterheads, who do you plan on working with on the next album?

I’ve been working along side Matt Bane since the beginning, so he’s responsible for a majority of production. I’ve worked with Bender, he’s a dope guy, I’ve got a lot of respect for that dude. Akie is who I’m working closely with right now, using his beats and recording alongside him – I’m hell excited to put out that shit.

Now that the album has dropped, what’s next on the cards for Harvest?

How important are showcases like Do You Even Spit Bro?

Man it’s dope, it’s the only gig I’ll play – I’ve got a family so shows close to home are gold and I only do it because I really like socialising with the fellas there and having a beer, talking shop and doing what we do. I couldn’t care if there was one dude in the crowd, I’m there for those lads.