Kanye West has been the recipient of heavy criticism over the past few days. First, he told his audience that he would have voted for president elect Donald Trump. Then, at a concert in Sacramento, California, he performed just a few songs (including a special cameo from one Kid Cudi), delivered a long, somewhat confusing rant about everything from Facebook, Google and mainstream radio to Drake, Jay Z, Beyoncé, Trump and Q-Tip among others (you can read the full transcript here). He then ended the concert early, leaving thousands of fans seriously pissed off and demanding refunds.

Oddly enough, Kanye West is now posting dozens of fashion photos to his Instagram account, which was only created a few weeks ago, and up until now has been totally dormant except for one image posted nine weeks ago.

The photos that follow (at the time of writing this there are 34 [update: 41]) are mostly photos of images of fashion models, out of focus and unevenly framed, with close ups of various parts of outfits. Many of the images showing faces have had the model’s eyes crossed out. None of them have captions or any information, but we’ll no doubt get an explanation some time soon.

Is it to do with his Yeezy fashion line? If he just using all the trending news and spotlight to gain some traction? Is it a distraction? Well, no one knows what it means… but it’s provocative.

Check out some of the images in the screen shots below and hit up the rest over on Instagram. 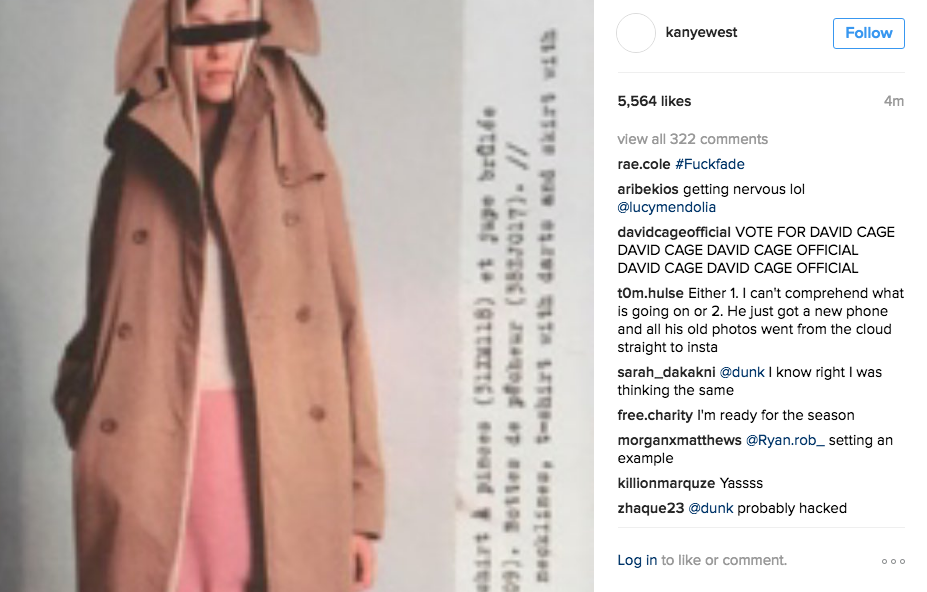 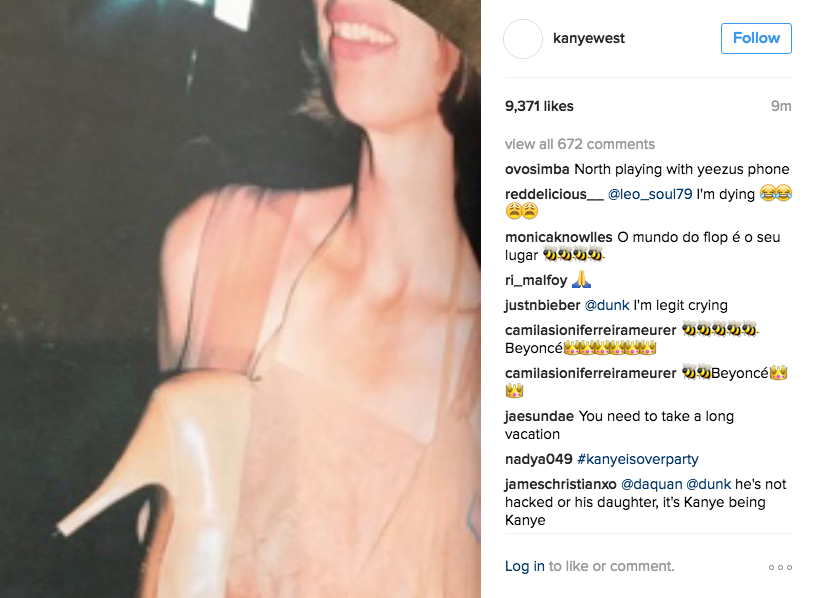 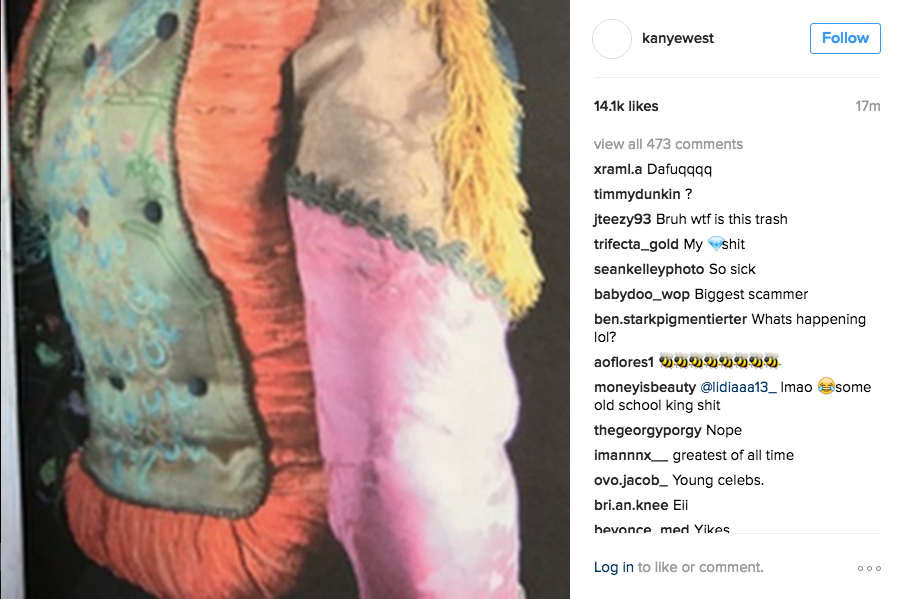 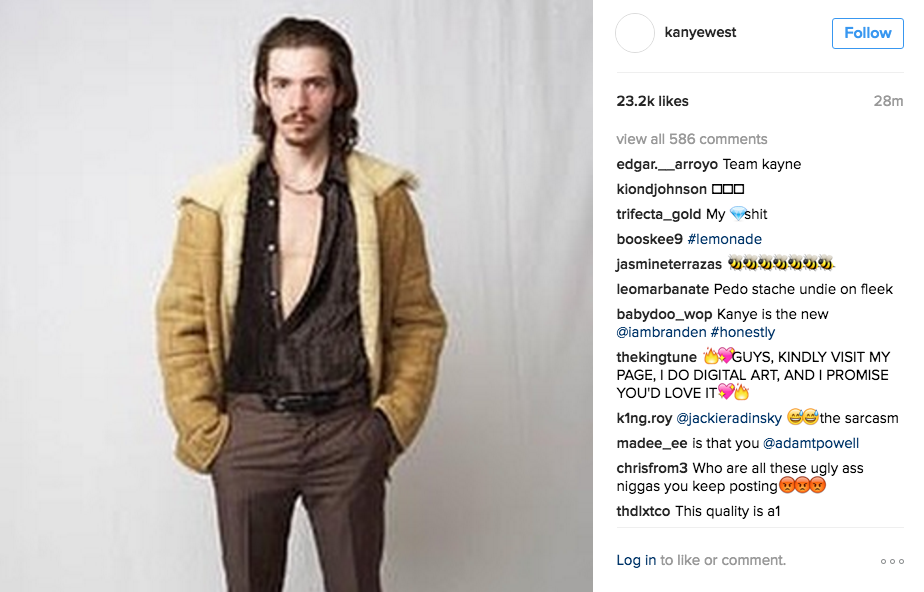 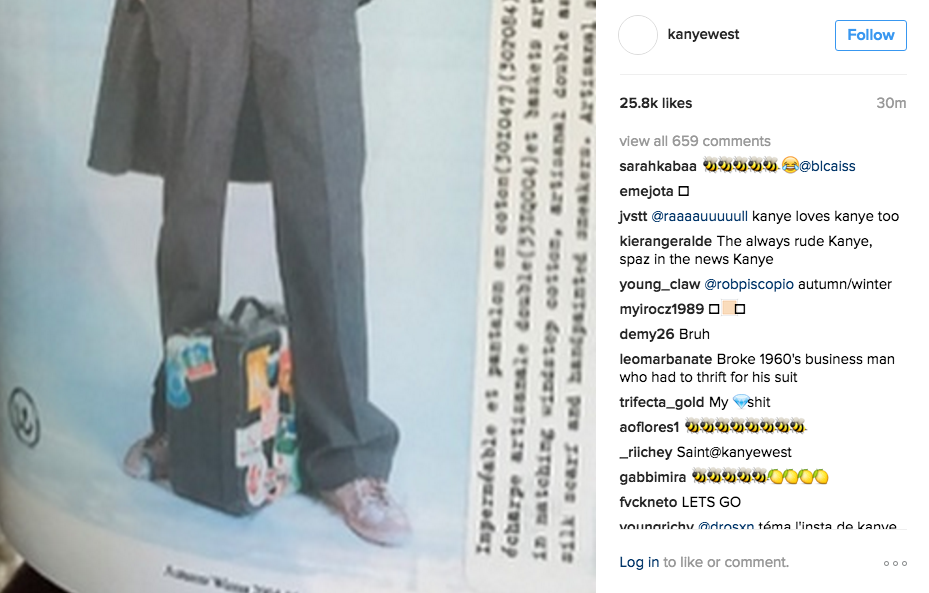 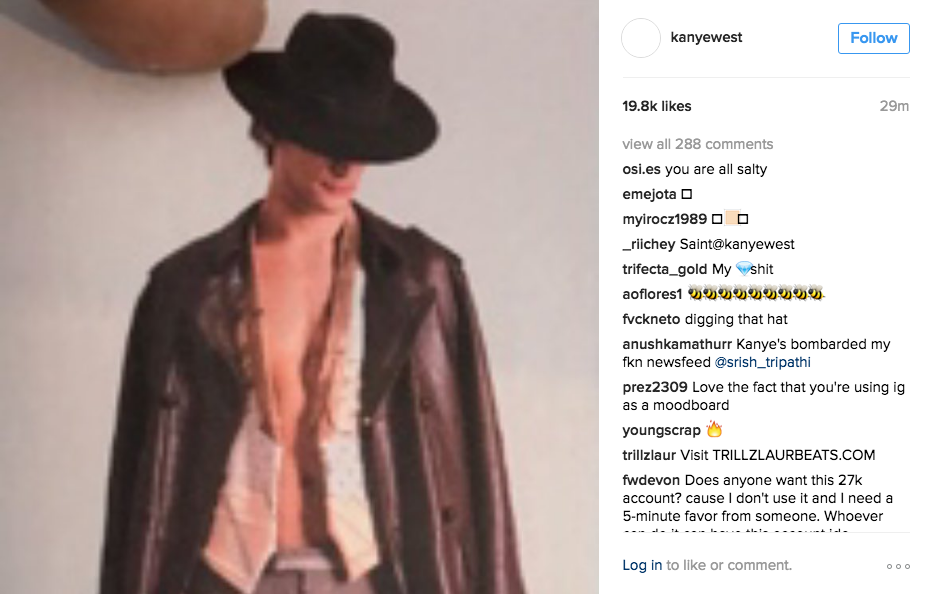 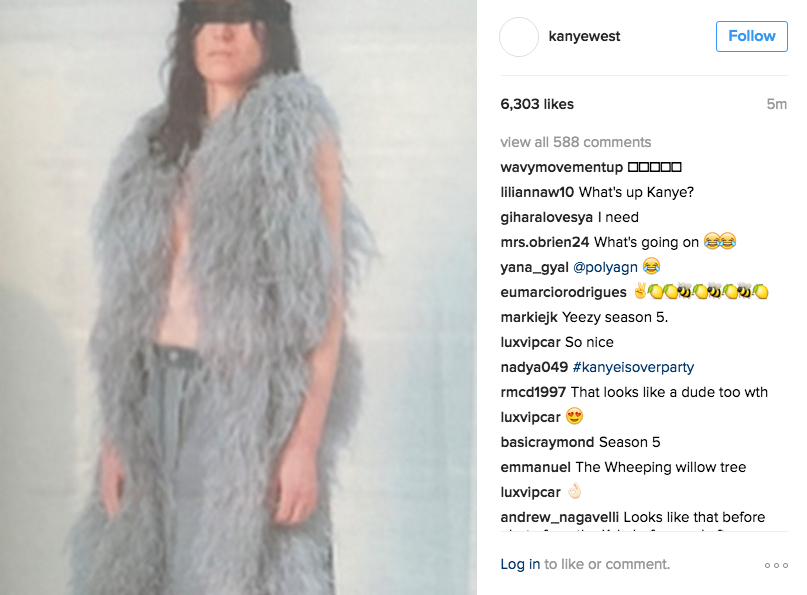 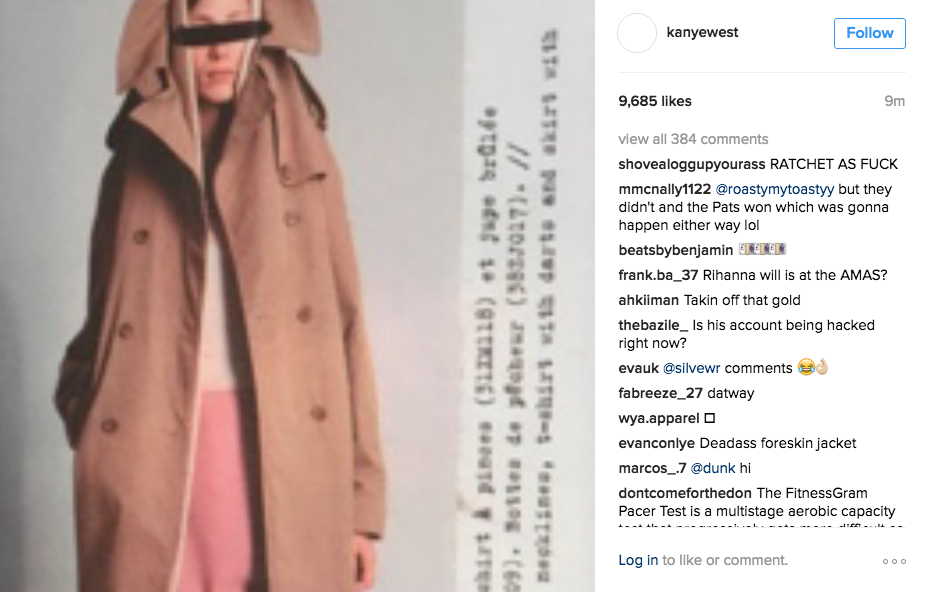