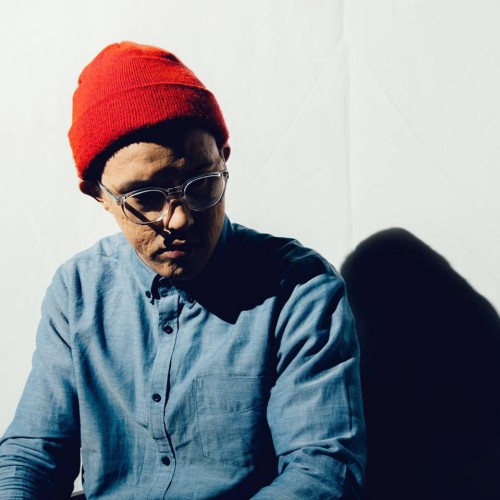 Community radio is one of life’s most beautiful things – their dedicated hosts are the best at bringing you the greatest new local music. Last month, I was lucky enough to catch Billy Davis’ new single, No Longer Lovers, a funky, soulful, track combined with hip-hop elements. Check out the brand new visuals for the track below. This first single from Billy Davis’ upcoming album deserves more than one listen, and everyone agrees – No Longer Lovers made it into the top 10 of both the Australian and the American Viral 50 on Spotify and has also been played on BBC Radio in the UK. Billy Davis has also had the pleasure of jamming with The Internet and Anderson .Paak.

Billy Davis has recently signed to Good Manners, where Billy Davis and his band the Good Lords are busy working on their follow up to their first EP, Bad Ending. We got in touch with Billy Davis to get to know him and his music a little better.

Can you tell me a little about Billy Davis and the Good Lords?

I am a self-taught keyboardist, pianist, and composer. Blask Taleski and Khiarra Villalobos are my two male and female singers. Jordan Dennis is my dedicated Billy Davis MC. I have Caleb Williams who is my bass player and is a production wizard. Most of the times it’s me and him in the studio bringing to life the songs I’ve written. Cristian Barbieri is my guitarist and the theory for the band. I’m completely self taught so he translates a lot of what I’m doing and putting forward to the band. Major playa. Josh Albert is my homie on drums. Nathanial Sametz is my homie on trombone. Bede Ford-Gabbas on trumpet. Samuel Winter on saxophone. Erica Tucceri on flute.

As such a multidisciplinary musician can you tell me a little bit about your musical upbringing?

I’m completely self taught, I’ve been playing piano keyboards since year 5. I’ve got a big gospel background, I was playing in church from a young age, still do now and through that I’ve learnt so much. My interest in music only peaked from there so I started teaching myself other styles and went from there. Out of all genres I was always drawn to R&B, Neo-soul and hip-hop. Listen to a lot of Cory Henry, Nick Semrad, Robert Glasper, who really inspired me as a player. Song-wise, in the way I write songs I’ve been inspired by Anderson .Paak, The Internet, Kendrick Lamar, Thundercat, The Doobie Brothers, The Beach Boys, Brian McKnight.

How did you link up with the band?

So originally I wanted to create an instrumental group called Hood Opera. I wanted to do it with myself and another keyboardist, then have a drummer, a bass player and a sax player. I knew Josh from a few years ago and loved his style, so I asked him to be my drummer for that project. He had worked with Caleb the bass player and recommended him. I literally threw up a status asking if anyone knew a sax player and someone tagged Samuel.

Anyway that project fell through because the other keyboardist bailed 5 minutes before the rehearsal. I ended up jamming with the other homies which was cool.

With that project not going anywhere I ended up staying in contact with Caleb the bass player. We started bouncing stuff off one another and I told him of my desire to start a project similar to Robert Glasper Experiment or Cory Henry and the Funk Apostles. I had been writing songs and arrangements for quite some time, melodies, lyrics, everything – I just didn’t have a team to translate it. Caleb was a mad producer and was totally down for it, so we started collaborating with some artists and then realised this project was actually going to be something special – like Batman did with the Justice League.

With such a big group how do you juggle everyone’s other commitments and other ventures?

Initially it was hectic and I almost went crazy so many different times, but these guys have become my family, so I’m supportive as much as I can be. Not everyone has different projects but those who do, I’m completely supportive of. We’re always transparent with one another, letting each other know how our schedules are going and all that stuff, we haven’t had any trouble yet.

How does the song writing process work? Do you compose a lot of each track? Or does everyone contribute their parts?

Yeah, me and Caleb always meet on a Monday. I’ll have a heap of songs I’ve written over the week with arrangements, lyrics and sounds etc. We’ll record it think about who’s voice we’re feeling for it out of Blasko and K and then go from there. From there Blasko or K will look at harmonies etc. and Jordan will look at how a rapping verse will fit in. Then one of the horns players will come in and see where they see them fitting in.

How does it feel to be signed to Good Manners? How did it come around?

Feels so good. Hugh McClure and Huw Nolan are amazing and so supportive. To see everything that’s been happening in the last few weeks alone since the single release have been amazing.

The Good Manners signing happened after we played a gig on a night they had organised. Huw loved our set and asked if he could hear some of our unreleased music. I showed him a few of our new tracks and he was blown away. Next thing we knew we were signed to Good manners.

What are you guys working on at the moment?

We’re currently working on finishing our new album that will be released through Good Manners. I’ve also been hit up by a few crazy people overseas I never thought I would work with. So yeah things are looking really up just writing, writing, writing.

You have just released your first single No Longer Lovers from you new project, how has the reception been so far?

To be honest it’s insane. It’s like it just gets crazier and crazier every time I wake up. To see the amount of love we are getting in the US and the UK on Spotify has been mindblowing. Even from the inception, showing some of my friends the demos at home, everyone always said this one was going to be a hit and I never really believed them. But now it’s just absolutely mindblowing.

No Longer Lovers seems like a continuation to your last album Bad Ending, is it about the same person?

Yeah it is. Bad Ending was a story of a relationship I had watched start and finish. But with an EP you can only say so much, so I feel some of that can be told. So No Longer Lovers was some further continuation from that definitely.

Is the new album going to be along the similar style or subject matter as Bad Ending?

There definitely will be some follow up of it in most of the songs. At the same time, there will be a few tracks that will be on a different subject matter but of some definite personal importance to the band.

Lots of websites are comparing you guys to P-Funk, Billy Preston, The Internet, Anderson .Paak and Kaytranada. How does that feel, especially since you’ve had the pleasure of jamming with a few of them?

That means so much. It’s so weird hearing that, because one of the things that sort of set me onto Billy Davis, was a bunch of musicians actually putting me down and saying, ‘bro you defs don’t have talent you’ll never be like those guys Internet, or Anderson .Paak or Hiatus [Kaiyote], you just ain’t good enough.’ So now being compared, and having had the pleasure of doing things with those homies, it’s so weird and humbling.

Do you have any side projects?

Blasko is releasing his own EP sometime next year, and so is Caleb. Our flute player Erica also recently released her own EP also. Our guitar player Cristian is also working on his own musical releases too.

Do you have a tentative release date?

I’m feeling it’s going to be June or May next year which is exciting.

You can listen to Billy Davis’ Bad Ending below. If you want catch Billy Davis’ and the Good Lords live you can see them at Strawberry Fields from Nov 17-20, supporting FKJ at the Toff on Nov 24 and Let them Eat Cake on New Years Day.