The Sydney Opera House has become as well known for its contemporary music and interesting, thought-provoking festivals as it has for, well, the opera. Last weekend it hosted GRAPHIC, a festival celebrating comics, visual arts and more, with talks, screenings and performances from the likes of revered comic author and novelist Neil Gaiman, Simpsons creator Matt Groening. Now in its sixth year, the festival has previously seen visual arts-infused music from Gotye, Sarah Blasko and The Cinematic Orchestra among others, alongside authors and artists including Kevin Smith, George Miller and the Robot Chicken team.

Neil Gaiman fans were treated to three hours of short films, a documentary and a Q&A session (with Gaiman speaking via satellite video). The documentary followed Gaiman around the world on a book signing tour, and provided unique insight into his life and personality. This was followed up by the Q&A, during which he announced his next book, a collection of retold Norse mythology stories. As a gift for the audience, we were presented with one of the short stories from the book, out in February 2017.

Matt Groening also delivered the goods for fans of the Simpsons and Futurama, delivering a keynote address, as well as a hilarious, insightful conversation with his friend and artist Lynda Barry. During their conversation, the pair recalled experiences from their upbringing, with Groening even sharing home videos, talking about how he got into drawing, and clueing the audience in about how Simpsons characters were inspired by people he knew and named after his immediate family. They went on to discuss many interesting aspects of art, graphic design and comics, showing examples and even drawing a few on stage. One guy asked Groening to take home his quick sketch of Marge Simpson’s silhouette – let’s hope that doesn’t end up on eBay any time soon. 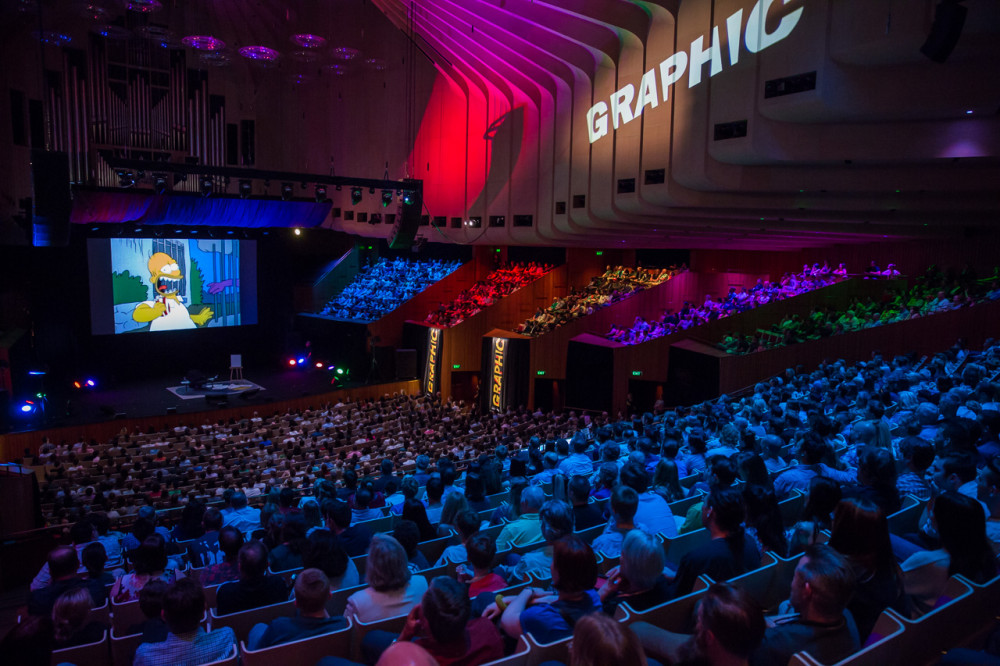 Never thought we’d be watching The Simpsons at the Opera House! Image: Supplied

The weekend finished with a screening of George Lucas’ 1971 film THX 1138, with the score performed by a live orchestra, the Asian Dub Foundation.

The film is Lucas’ feature film directorial debut, and first came out six years before the release of Star Wars. THX 1138 is a dystopian sci-fi thriller set in a future where humans live in sprawling underground cities and are controlled by emotion-suppressing drugs. The film, which has a distinct Orwellian feel to it, stars a young Robert Duvall as the title character.

The performance saw four members of the UK’s Asian Dub Foundation lending their significant musical talents to a live re-scoring of the film, which, given its menacing themes, should have been a fascinating audiovisual experience. And it was – kind of.

For a building renowned for its architectural acoustics, the sound quality in the Opera House was remarkably poor, although this could be forgiven, considering the unusual nature of the event. The film’s dialogue was often incomprehensible, making for an incredibly frustrating experience from which numerous people departed in the early stages. Asian Dub Foundation, it should be noted, were sublime. Aside from a few rare moments of incongruity, the band displayed an intimate understanding of the film’s themes. They captured the ethereal, futuristic vibe of THX 1138 quite brilliantly, mirroring the storyline’s ebb and flow with pulsating bass, clattering percussion and flute that was in turns eerie and urgent. Action sequences – including the epic car chase finale – were accompanied by cacophony, while moments of tension and emotion were complemented by delicate cymbals and flute.

The sound issue was with the film itself; when not drowned out by the music, the audio was muffled and reverberant. It was possible to glean the gist of the story from the visuals and the occasional bit of dialogue, but the lack of sonic clarity undoubtedly detracted from what could have been a magnificent experience. Ultimately the event was a fun way to end a fabulous festival, and although the novelty was not lost, the sound issues faced when bringing a live score to a 1971 film unfortunately did not go noticed. 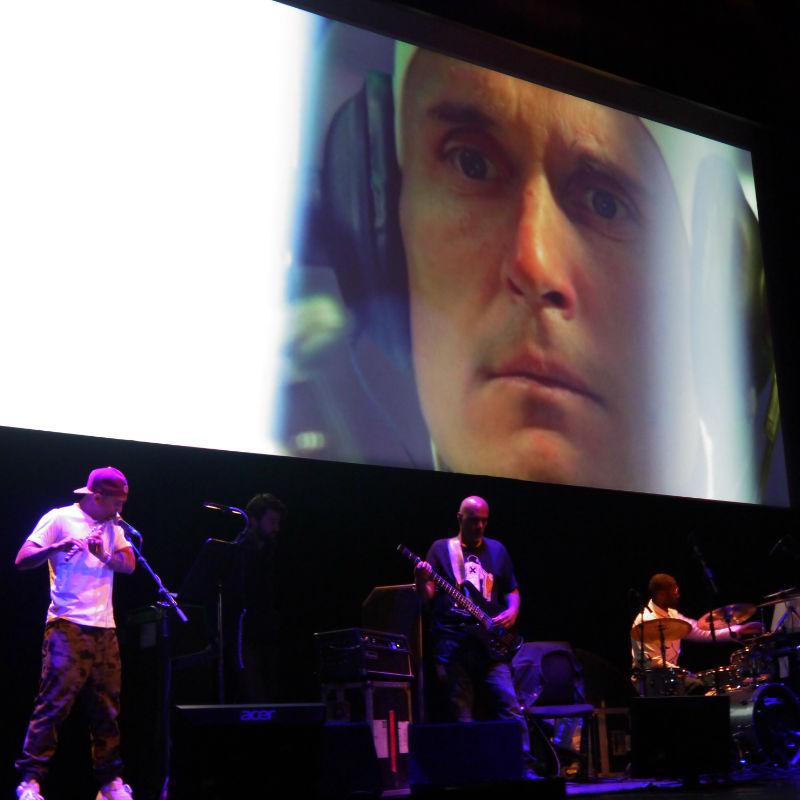