Being a rock legend has many perks I’m sure, but it can’t protect you from everything. One such thing that being an icon doesn’t appear to guard against is “grumpy old man syndrome”, as evidenced by The Who frontman Roger Daltrey, who has directed his latest string of complaints at the very music he built is career on.

Having maintained an aura of dissatisfaction and aggression throughout his career, in the 60s and 70s Daltrey pretty much personified the romanticised definition of discontented youth – and was known for throwing a hard punch. In recent years, he has still found plenty to be dissatisfied with, from refusing to make another record, because the internet ruined music, to his caustic description of AC/DC’s recent tour (calling Axl Rose’s efforts a “karaoke show”), even his own fans disappoint Daltrey. 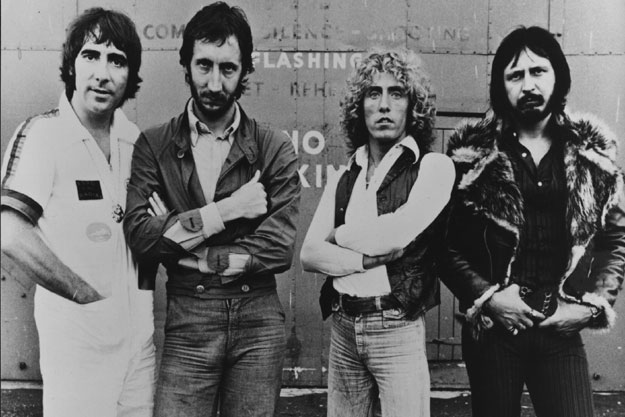 But most recently, it’s rock music that has got Daltrey down. Despite his once upon a time cry of “Long Live Rock”, in a recent interview Daltrey appeared to have stepped down as a champion of the genre.

“The sadness for me is that rock has reached a dead end… the only people saying things that matter are the rappers and most pop is meaningless and forgettable,” he told The Times Magazine. “You watch these people and you can’t remember a bloody thing.”

His comments came off the back of The Who’s appearance at the Desert Trip festival. Despite the deaths of both Keith Moon and John Entwistle, and advancing age, Daltrey and Pete Townshend have continued to tour over the years. Also in spite of being “deaf as posts”, according to Daltrey’s typical pessimism, and possessed of bodies that “start to creak after the age of 65”.

Perhaps finding himself hard of hearing makes enjoying new music more difficult for Daltrey, as The Times suggested, but his comments strike more at the meaning of music today. He isn’t the first rocker to mourn the death of the genre; back in 2014 Gene Simmons claimed that rock had been “murdered”. Simmons blamed file sharing, but Daltrey’s words seem to suggest that bands have come to the end of the road with rock.

Whatever the reason, this comment seems to have resonated amongst the rest of Daltrey’s grumping. In the same interview he complained about travel, air pollution, his vocal nightmares and that the band still play the same set as forty years ago. But to seemingly put his faith in rap is something that not many rock fans would have seen coming – even from a grump old man, and especially not from a rock legend.

Image: The Who Official