When people ask me what kind of music I like, I’ve struggled to come up with an answer more intelligent than “Uh, lots of stuff really. Most things. Good music?” It’s a notoriously tough question to broach, because there aren’t many people who genuinely only listen to a select two or three genres or artists, and even within artist repertoires and genres there can be wild variation.

Until recently, I’d settled for rattling off a few artists I had on high rotation at that point in time. It wasn’t until someone was asking me to explain why I didn’t like the music of a particular artist that I realised what my answer to the aforementioned loaded question was. I like music that I can’t predict all the way through. Music that surprises and challenges me. Music that pushes boundaries, whether that of the artist, the genre, or even my own. And this perfectly describes the music of Oliver Perry, also known as D.D. Dumbo. 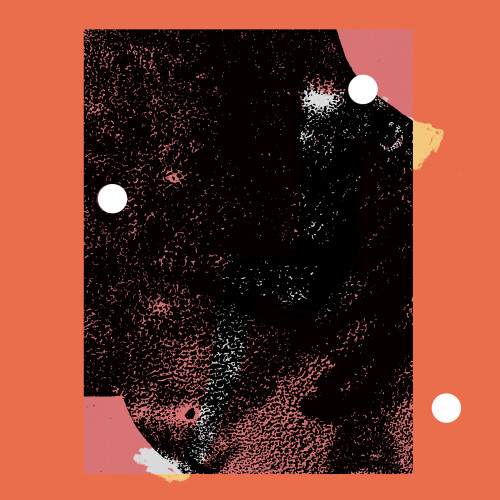 Perry’s debut album Utopia Defeated is untouchable, but it reaches out to touch the listener with alarming frequency. It’s intangible, but it bursts with references to organic life. Recorded over two or three months in 4AD‘s in-house studios in London, it took on a life all its own, with “no loop-pedalling on the album at all”. The result is a green de Bono hat of an album – double-thinking, investigative, provocative.

Opening track, and the second single released from the album Walrus is characteristically glitchy, rich, and textured. There’s a use of the voice as an actual instrument – another thread in the tapestry of abstract sounds that create a work that’s somehow still wholly approachable for all its abstractness and complexity. Both contrasting and complementing is lead single Satan, which follows directly after, alternating between a menacing chug, peaceful lilt and a bassoon motif that sounds ripped right from an iconic children’s song. On paper, that sounds absolutely batshit. And it is. But it inexplicably works – and god it works so very well that it left me thinking, after hearing it for the first time months ago, that D.D Dumbo is one of the most formidable musicians we have seen in recent times.

D.D. Dumbo’s love of colliding sometimes unidentifiable sonic elements means his sound is chameleon and extraordinarily difficult to pin down. It’s a savage ride, please keep your seat belts on and your arms and legs inside the cart. There’s the aching, stripped-back nature of In The Water, which owes its melodic structure to folk and perhaps even country music. It might seem erratic that the same album houses the alarming, expansive disco beat of Cortisol, but Utopia Defeated is not the result of a kid who got ahold of a watercolour set for the first time and rushed unthinkingly to use every colour in the palette. Every move made is deliberate. Everything is in its right place.

There’s a certain vicious undercurrent running throughout the album – particularly exemplified by King Franco Picasso. Sinister and cascading, here be monsters: a waking fever dream realised through pitched-down vocal samples and a demonic conviction in Perry’s voice. The importance of which, by the way, should not be understated. Alihukwe is anchored by his instantly-recognisable wail, and the existential pain and terror present on Utopia Defeated are made all the more affecting through ungodly yelps and screeches on Oyster and Cortisol respectively.

For all the aforementioned references to the natural world – there’s a particular fascination with the ocean here, name-checking salt, bugs, water, molluscs and more – there are much larger questions at play. The First Day I Found God is pure awakening, set against a glistening backdrop. It paints a fantastical portrait of god, framing the concept in both a claustrophobically personal and inaccessibly universal light. There’s a pervading sense that when Perry sings about the seemingly mundane there’s always a philosophical reason, and that perhaps this can be applied to every conversation we have in our short lives.

Toxic City is another pertinent example of this. Despite its literal, surface-value story, which sees Perry swimming amongst blue molluscs as the sun rises, it feels like the closest thing to a traditional love song on Utopia Defeated. That’s not to say it doesn’t still absolutely belong in a sonic sense – skittering piano and unintelligible sounds twinkle lightly and unknowably in the background, even as Perry’s voice takes centre stage. His lyrics are never as clear as here, his true meaning never as instinctive.

Album closer Oyster arrives at the crux of the album’s knowledge (rooted in the known unknown), answering the questions Perry has about his place in the universe with yet more questions. It’s a crowing, aching acceptance of uncertainty, even a celebration of it, between gasps of the inevitable pain of existence.

Utopia Defeated feels like a natural progression from Perry’s debut EP, if the word “natural” can here mean “inhumanly evolved”. The narrative that’s building around D.D. Dumbo is one of mythos, and he’s fast become a figure of legend while in the peak (so far) of his musical output and visibility. The man lives in a room/studio attached to an old horse stables on the outskirts of Castlemaine, for god’s sake. He’s music’s new enigma, and his work only serves to elevate him further to this deserved status. It injects every strange, unexpected flourish in his work with an even more intense sense of wonderment. Existential and dark, with a complexity that flirts with unknowability without quite greeting it – this is music lover’s music. D.D. Dumbo is a musician’s musician, the outsider’s creative messiah. Perhaps that’s oxymoron at work, but there’s no denying that Utopia Defeated is the work of someone who understands something innate and essential that some people search for their whole lives. I can’t tell you what it is. That’s the whole point.