Coda Conduct have been travelling all over in support of their latest single Usually I’m Cool. Normally I would catch them in Melbourne, however I was overseas during their Grace Darling Hotel show and missed out. So I decided to hit the road and check them out earlier this month at the Transit Bar in their hometown of Canberra. Supported by local acts Genesis Owusu and Kirklandd, Coda Conduct delivered one of the most energetic gigs I’ve seen in Australian hip-hop.

Fresh off his Visions release and a killer performance at FashFest Kirklandd opened the gig with an earnest energy. Kirklandd is still a new face to many but he is well on his way to becoming a local mainstay. With slick Cam Bluff production and great lyricism, Kirklandd is a natural on stage – and immensely grateful, too. He clearly enjoys ever moment on stage, soaking it up, not taking anything for granted. The highlight of his set was a cover of Lupe Fiasco‘s Kick Push, said to have inspired the rapper along his own path. 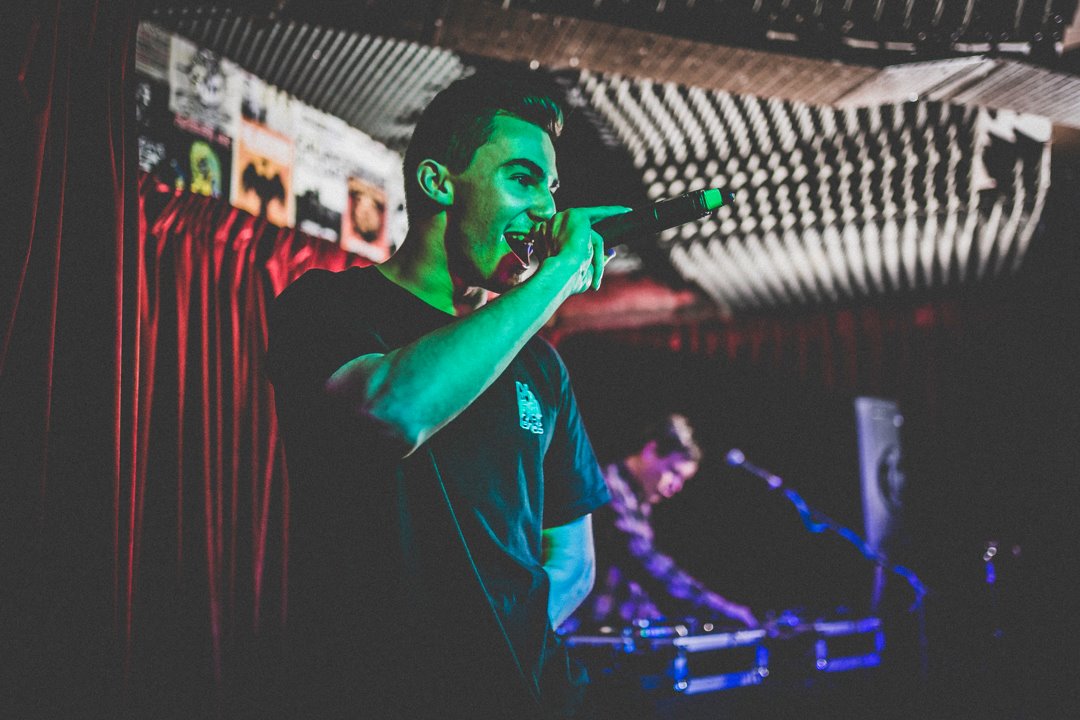 Genesis Owusu followed shortly after and to say I was excited would be an understatement. Genesis is one of the most exciting acts in the country right now, and it was my first chance to see him performing live. His genre-blending style and unique lyricism is what has been missing from the local scene. With a masterfully structured set, each track slowly builds in tempo as the audience energy continued to grow. The crowd lost it when Genesis’ brother, Citizen Kay, joined him on stage for a surprise treat, their supergroup two-piece The Ansah Brothers. All in all, Genesis seriously turned it up and showed The Transit Bar why he’s definitely not one to sleep on. 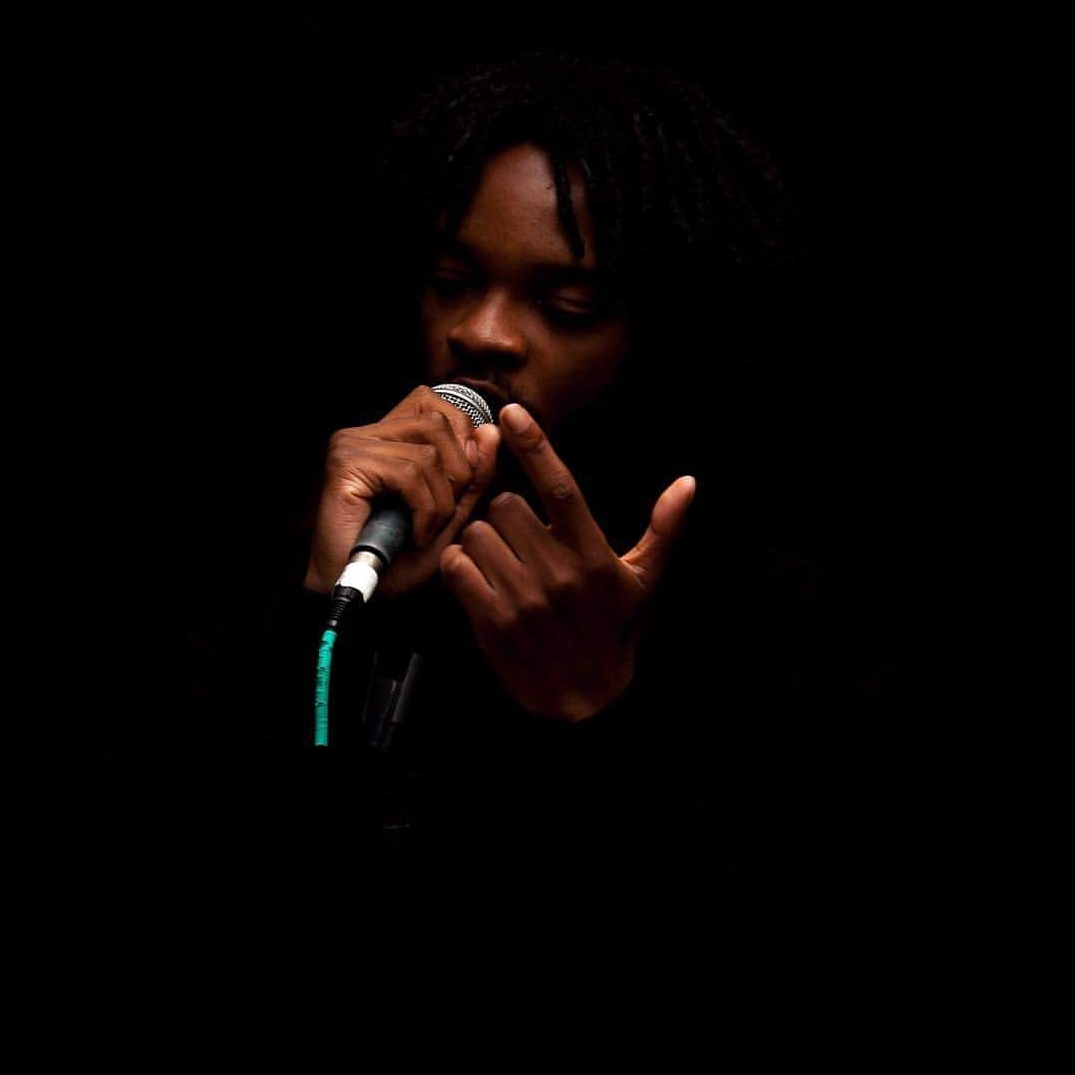 Closing out the night were the always incredible Coda Conduct. Sally and Erica opened their homecoming show with a remix of Shirley Bassey’s iconic Big Spender, before debuting some new songs, such as Rider, which gave an exciting taste of their upcoming sophomore EP. Banter was sprinkled throughout the set, both between the pair and with the audience; one of the best things about a Coda Conduct set is that they never take themselves too seriously, while simultaneously proving their deadly skills. The entire crowd got down during Click Clack (Front N Back), Coda’s anthem to the male posterior, and vibed along to the new single Usually I’m Cool. Coda seemed truly moved by the love and support from their native Canberra. During Knees High Erica ribbed her brother in the audience, saying, “it’s amazing people know the words to that song, my brother doesn’t and it’s about him!” 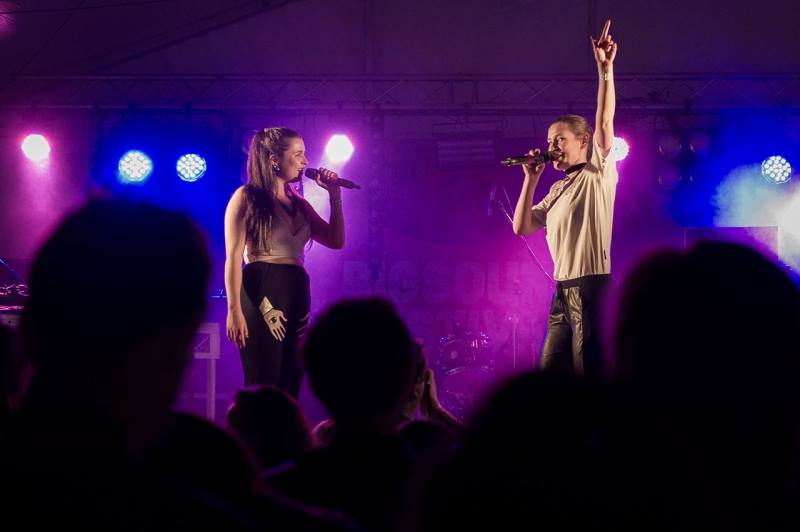 “We have one more song left and it’s a slow one,” Sally remarks, to yet more huge crowd cheers. Dewis, Coda Conduct’s longtime DJ, then points out that they haven’t done Pool Room yet. The atmosphere is electric as their catchiest and most infectious track kicks off with the familiar “C-O-D-A Coda Conduct, you think they’re ready for this?” The crowd scream the lyrics back at the group, while Citizen Kay, Genesis Owusu and Kirklandd lead the charge, turning it up in the front row. After a brief break and wild applaude, the crew return for a final encore track, proving that not only does Canberra turn up for its local talent, Canberra supports local hip-hop in a big way.