Finding unseen gems from musical history is pretty incredible – especially when it comes from the one and only Tupac Shakur. In February of 1995, the legendary emcee was charged with sexual assault, a charge he continued to refute in the courtroom. During his nine month stint in prison, he penned an in-depth essay which was addressed to young African Americans.

Sent directly to Death Row Records’ publicist and trusted friend Nina Bhadreshwar, Pac went on to say “Use it as you see fit. I am not granting this information to any other publication, not even Time & Rolling Stone”. Sadly, Death Row decided to can the story for unknown reasons, although some say it was to do with the image the label wanted to uphold for Pac.

The introspective letter titled Is Thug Life Dead ends brilliantly, promising a new record which he says, “When I touchtown it will shake the world!” If you didn’t already put two and two together, that ended up being his game-changing album All Eyez On Me. Tupac Shakur tragically died in a drive-by shooting a little more than a year after writing the essay.

The letter was estimated to receive around $50,000 but during the action ended up selling for a whopping $172,725 with just 31 bids. But you, lucky readers, can read it right here absolutely free of charge: 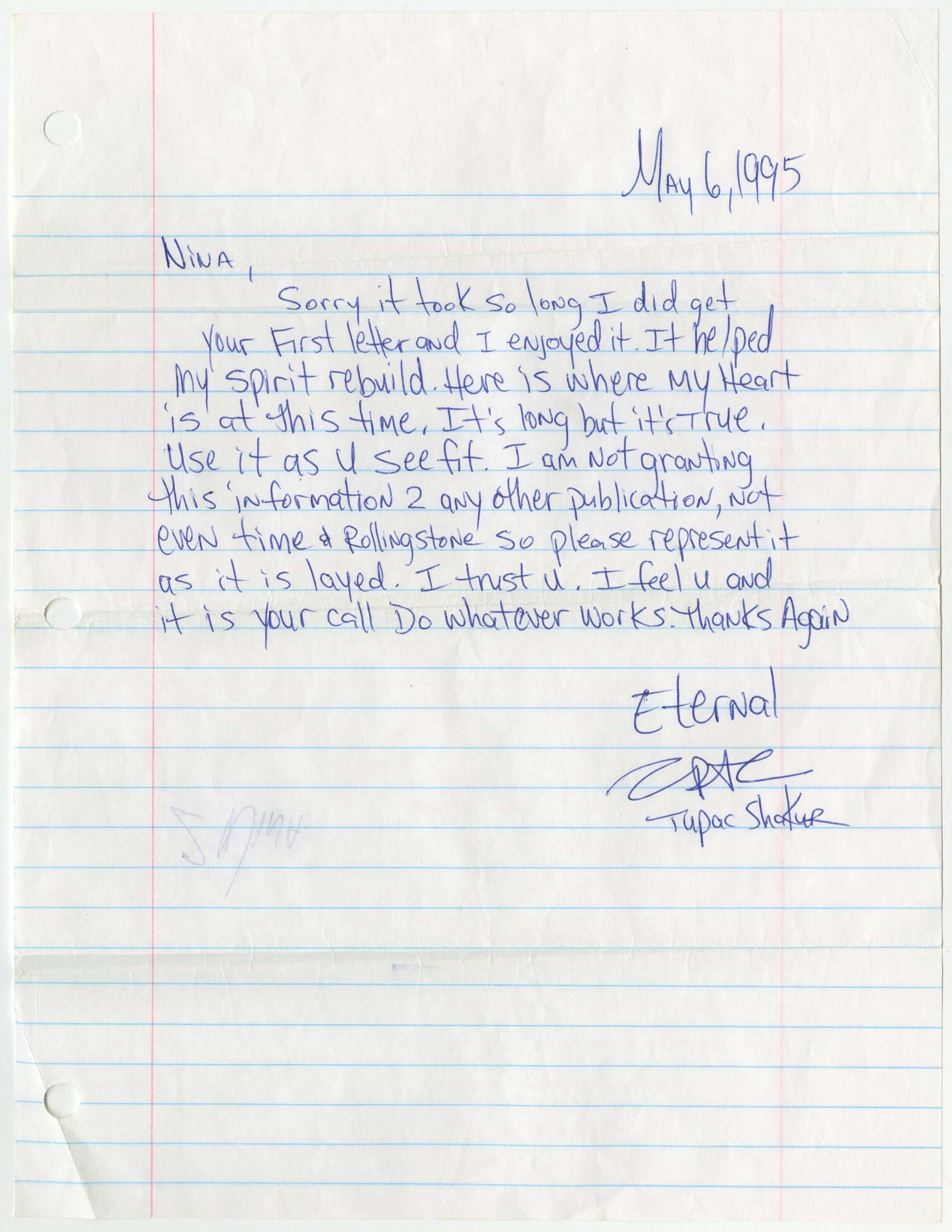 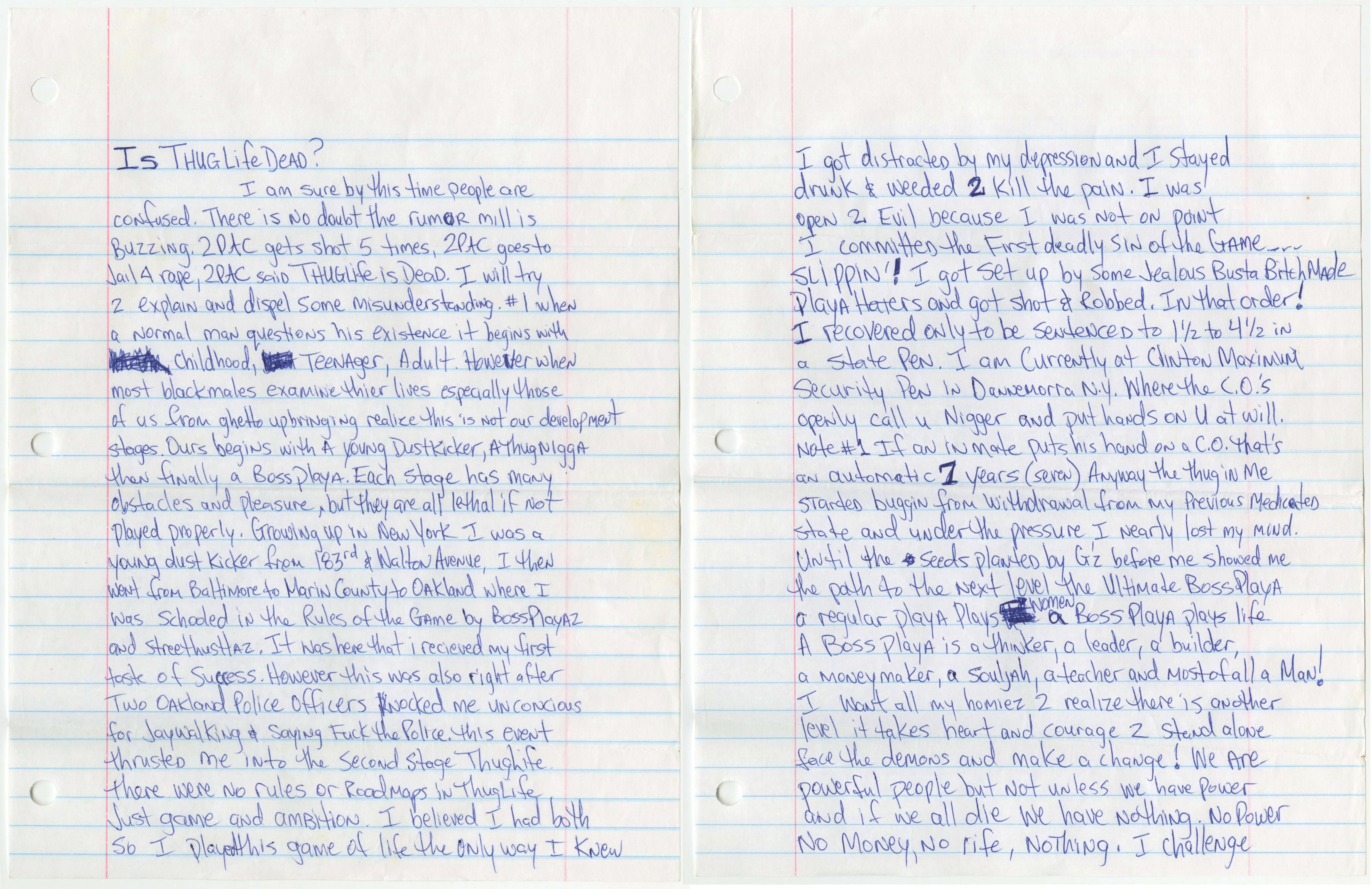 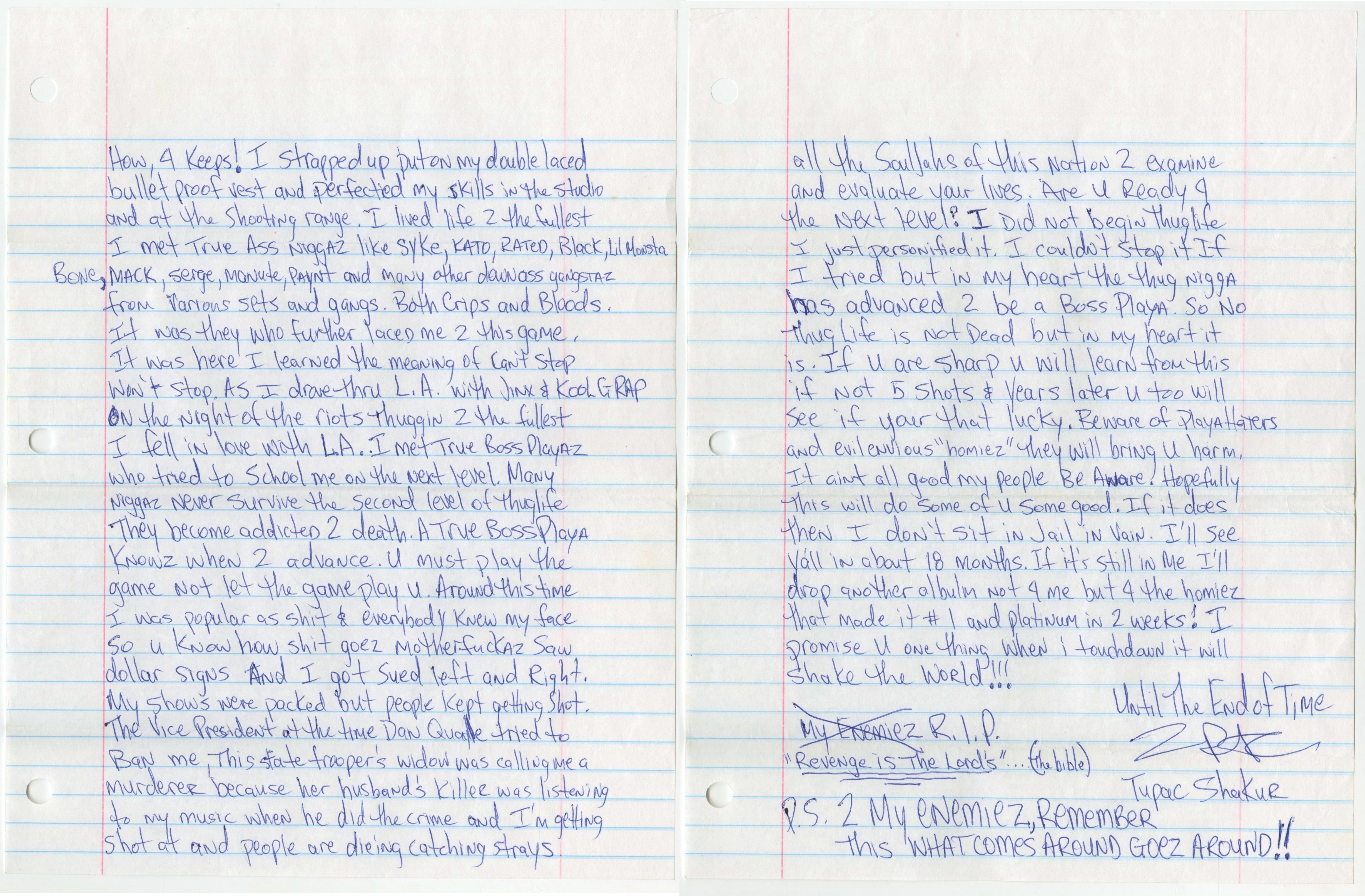