After months of speculation, Justin Bieber has announced Australian headline tour dates for March 2017. The artist released Purpose late last year, signifying a massive shift in style, personality and treatment by the media.

The performer has been on an extensive world tour ever since. Now, finally, he has announced Australian tour dates for Perth, Melbourne, Brisbane and Sydney, as well as Auckland in New Zealand.

Bieber will also be bringing along Dutch producer Martin Garrix as his main support. Garrix is no stranger to our shores, having played festivals like Future and Stereosonic in recent years.

Say what you will about the Biebs; if nothing else, his transformation across the past two years has been an unbelievably impressive and entertaining display of phenomenal publicity and marketing skills. And let’s be honest, some of those tracks are pretty damn catchy.

Frontier touring will be holding a Frontier Members pre-sale from Monday October 10, while general public tickets will be available from Wednesday October 12. All details can be found here.

Read more: This town loves a comeback and Justin Bieber’s is a surprisingly good one. 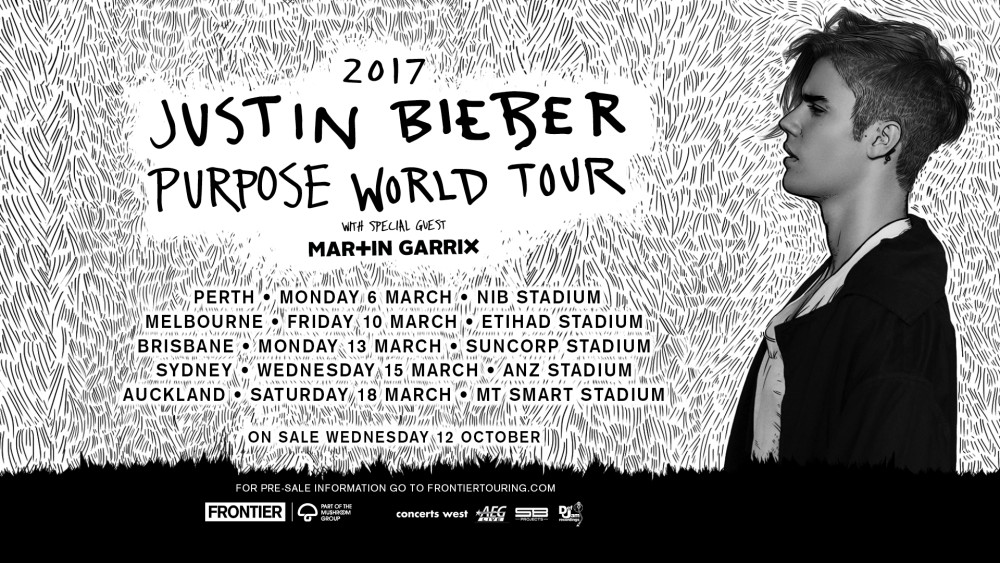