He may not have bothered to apply for a Grammy nomination, but Frank Ocean has made a rare public appearance at the Obama administration’s final ever White House state dinner. Ocean arrived at the event alongside his mother, Katonya Breaux Riley (pictured above). Riley can be heard warning Frank about the dangers of drug and alcohol abuse on Blond/e spoken word track Be Yourself. 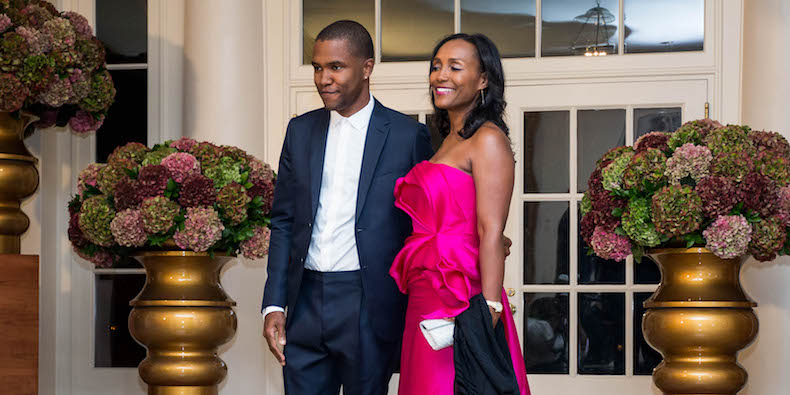 In the video below, Frank is interviewed by journalists, the first of which assk him about…. his shoes. “Are you wearing Vans to the state dinner?” “First time doing it,” he replies, “Probably because it’s my first time here.” He then states that he is most looking forward to asking President Obama if he had fun throughout his eight year term, and congratulating him on the job.

Also in attendance was Chance the Rapper, who similarly arrived with his father, Kenneth Bennett:

Chance took the time to criticise the media coverage of Donald Trump: “I think the media oversaturated his presence in the election and played to a lot of his weaknesses, but play them up as strengths so that he could get more airtime.” 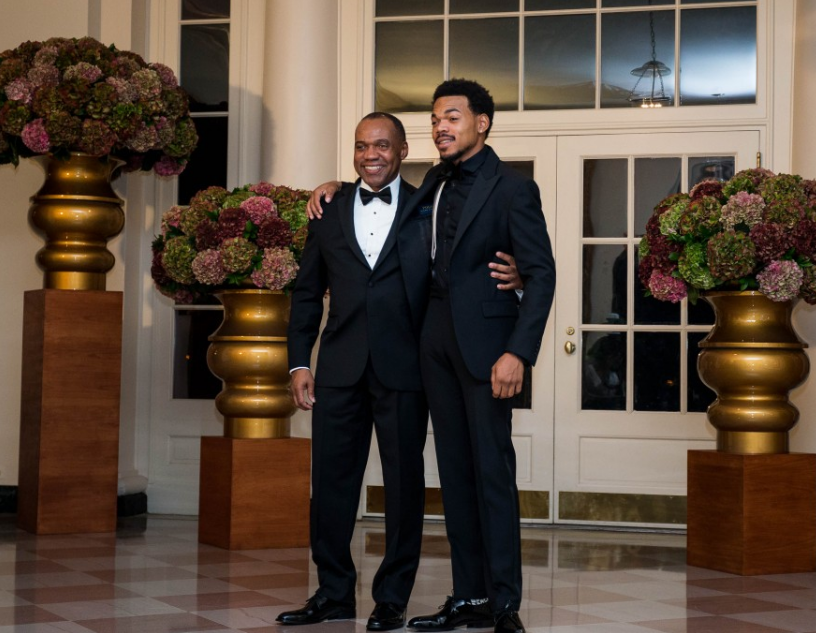 Easily the most hip-hop and generally music-savvy president in US history, Barack Obama has been an ongoing supporter of hip-hop and R&B throughout much of his career, including recently hosting a concert featuring Kendrick Lamar and Janelle Monae.

As for when we’ll be seeing Frank Ocean in public again? Who knows.

Chance the Rapper, on the other hand, will be touching down in Australia to perform at a number of New Years festivals in December and January.