Explosions in the Sky have announced a run of headline Australian tour dates, in support of their recent album The Wilderness. The beautiful album was released back in April, and marked their first full release in five years.

The legendary post-rock group are also known for their stunning live performances, and we’re so excited that they’ll be returning to Australia to perform in some of the country’s best venues, including the Sydney Opera House and the Melbourne Recital Centre.

I’ve been lucky enough to catch EITS live twice in my lifetime, including at their last Australian tour in 2011. I can personally guarantee this going to be incredible – even for those who may not be such a fan of instrumental post-rock in your day to day listening.

The tour kicks off in Adelaide on February 19, and tickets go on sale this Friday, October 21.

Tickets and more info can be found here.

Read more: Flashback Friday: Explosions in the Sky, The Earth is Not A Cold Dead Place 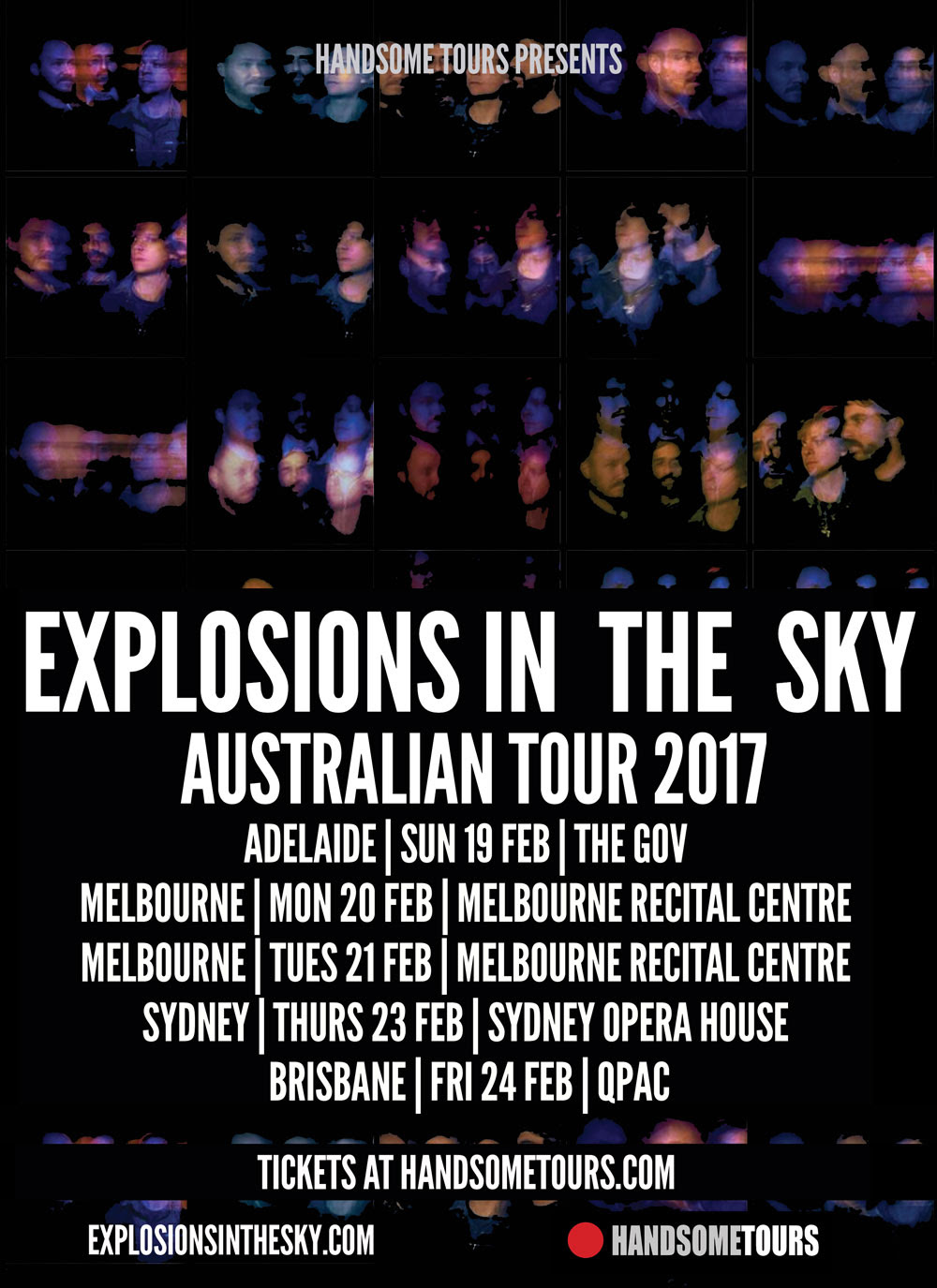