Guess who’s back, back again?

Eminem has returned. And he’s got a new album on the way.

The legendary emcee, arguably one of the greatest of all time, has released an incredible new track partly in response to the tropical shitstorm that is the US Presidential Election, and partly to warm us up before a new record.

Eminem tweeted the link out with the announcement that he’s also working on a new album:

Ominous, ambient production lays the foundation for the track, appropriately titled Campaign Speech. This is interesting enough, with the atmosphere feeling more like an old post-apocalyptic El-P cut than anything we’re used to from Slim Shady.

The production leaves all the spotlight for the relentless, continuous, brilliant vocals. The rhythmic flow is endless and, while consistently feverish, certainly not split into verses or broken up by a chorus.

Seven minutes and forty-five seconds is a long time and Eminem uses it well. He talks about Trayvon Martin and George Zimmerman, about Apple Watches and Robin Thicke, and Donald Trump:

Funnily enough, as Genius point out, Trump actually endorsed Eminem for president back in 2004 at an MTV-planned mock-up called The Shady National Convention. Trump is seen endorsing Eminem, saying, “He’s got brains, he’s got guts, and he’s got Donald Trump’s vote. Ladies and gentlemen, our great candidate, Slim Shady!”

He then tells the audience what he’d do if he were president. He jokes about banning condoms before talking about drug addiction and how it’s possible to beat it. 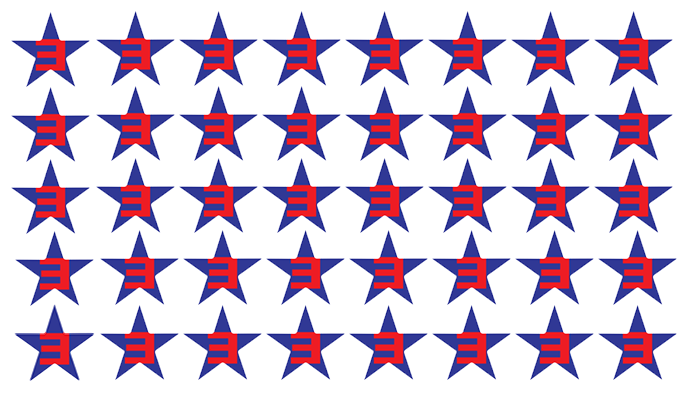 The political tirade ends here and we’re left with some brilliant comedy and biting comments about pop culture and the like.

Any Eminem fan will no doubt remember his ongoing Christopher Reeve diss. As much as I feel bad saying this, hearing it pop up once more brought a sadistically gleeful smile to my face. Nothing to do with the subject matter of course, just the reference.

Campaign Speech is stunning. You can check out all the lyrics here.

Let’s hope that this new album follows in this similar vein, keeping the spotlight on his wordplay and away from pop hooks and corny beats.

The Rap God is back, and this time, he’s running for Rap President.