Instead of receiving gifts on his birthday, Drake, who just turned the big 3-0, decided to instead give something back to his fans in the form of announcing a brand new project. Set for a December release, it is to be titled More Life. The little information he has provided fans thus far has already been the cause for a great deal of internet rumour and speculation, with the digging and guesswork well underway regarding exactly what it might entail, who it will feature, and what it will sound like.

The announcement came via his OVO Sound radio show on Apple Music, during which Toronto’s king also treated fans to FOUR brand new tracks, three of which will feature on the upcoming project. Sonically all of these tracks are dark, gritty, trap influenced bangers, a sound which although not new for Drizzy, works extremely well. From a brash diss track to fierce collaborations, let’s dive into what More Life will entail.

What do we know so far?

It’s a very interesting time for Drake, who has seen out the past two years with unbelievable success. Drizzy has taken on his role as actor-turned-singing-rapper and meme king, and shifted way up to, well, king of music in general. Embracing his role as not only an artist (both in the mainstream and smaller sectors, such as within UK grime), but a meme and gif generator with impeccable comic timing and the ability to laugh at himself while still maintaining pride, respect and purpose, he’s gone on to become one of the most universally popular and recognised artists in the world. His new album Views has become one of the most successful records ever, with One Dance recently being crowned the most streamed song of all time. The really remarkable thing here is that he’s managed to do all of this despite the fact that the album was just not that generally well received from a critical standpoint. He’s almost untouchable in this sense – he’s just so popular and universally loved that criticism seems to get largely ignored.

With all of that in mind, we have a few questions that need answering. What is Drake cooking up next, what does he want to show both fans and peers, what format will it take, who will appear on it, and what will it sound like?

To start with, what do we already know about More Life? Not much, frankly. Drake’s keeping his cards really close to his chest for now, releasing relatively cryptic information, ready for the internet to pick at and decode. The most interesting point about the release so far is it being titled a ‘playlist’, so let’s break that down a bit.

Drake says that the release will be all original music, so it’s certainly not going to be a curated playlist in the traditional sense. He goes on to say that it will include “the fam”, which we assume to be his OVO family, and potentially extended to his group of friends including Kanye West, Rihanna, Gucci Mane, and his buddies over at Boy Better Know.

It also seems likely that the ‘playlist’ will be more of a group compilation (potentially an OVO Showcase, influenced by G.O.O.D’s Cruel Summer or Young Money/Cash Money’s We Are Young Money), or simply a Drake record with a plethora of features – as opposed to a fully collaborative project like his 2015 mixtape with Future, What a Time to Be Alive.

With Fake Love and Sneakin’ already for sale on iTunes, it also looks like there won’t be much of a change in terms of how it is delivered to fans. Considering that Drake has been the recipient of more than a few snarky comments regarding him selling mixtapes, and not giving them away as free releases, this is most likely why this release is not being called a mixtape – and why we probably won’t see more mixtapes from Drake in the near future.

Ultimately, calling this release a playlist is probably arbitrary, in terms of whether a ‘playlist’ is anything truly different to an ‘album’ or ‘mixtape’, except for steering him away from the aforementioned criticism of of not releasing a mixtape for free. If anything, it’s a pretty clever middle ground term, as it doesn’t insinuate the same wholesome finality of an album, but it doesn’t come with the underground, for-the-fans, expectations of a mixtape. Furthermore, Drake really is one of the more prolific artists at his level of fame, so to continuously give his projects different names is a creative way to keep the flow from feeling stagnant. Similarly, having announced the release about six weeks out, rather than the long-awaited and drawn out Views, and the totally unannounced surprise releases of WATTBA and IFRTITL, keeps his release process from feeling repetitive or overwhelming. Pretty nifty if you ask us.

As Ebro has pointed out, this might just be Drake’s final release for Cash Money, and that’s very interesting indeed – although titling it a playlist may in fact be keeping him within contract, as it is not being considered an actual album release.

Is this project one final hurrah? Is it simply something to get him over the contractual obligation line? Furthermore, what will this mean for the featured guests, as well as the lyrical content – as already hinted at by the disses? Is the More Life name, combined with the fact that the album cover is a photo of his father, indicating that his music, or even his record deal, has been given more life? Does More Life connect to his other album titles at all? All four recent major releases are titles after moments in the present day – the view from where he’s standing right now, enjoying what a fantastic time it is to be alive right now, warning others that if they’re only reading this now, they’re too late… and so on.

Let’s take a look at the four new tracks for a little more insight.

The first track to premiere was the now controversial 2 Birds 1 Stone, a diss track which call G.O.O.D Music president Pusha T a studio drug dealer, and further disses Kid Cudi, who has recently been bravely open about his serious struggles with mental health and suicidal thoughts. His mention in this track is a response to Cudi’s own diss, having previously revived the whole ghostwriter debate issue while pointing fingers at Drake and Kanye West.

For Pusha’s subliminal diss on H.G.T.V., “These n**gas Call of Duty cause their killings ain’t real/With a questionable pen so the feelin’ ain’t real”, Drizzy responded with an extensive verse detailing how King Push’s drug dealing history he so often raps about was simply a ruse, “If you ask me though you ain’t lining the trunk with kilos/You bagging weed watching Pacino with all your n**gas”

Whether or not this beef will sizzle or burn out is anyone’s guess, but considering Push’s lyrics have continued to grow smarter and stronger on his recent releases, it’ll be interesting to see if he responds, or if it’s all a bit of friendly fire.

While Yeezy managed to work out the beef between himself and Cudi calling him “my brother”, it seems like Drake hasn’t gotten over the not so subtle comments that were made over Twitter. “Everyone thinks they’re soooo great. Talkin top 5 and be having 30 people write songs for them. Ye, Drake, whoever…They aint fuckin with me.”

It’s really harsh of Drake to kick Cudi while he’s so deeply and darkly down. Drake spits it out as if we haven’t spent the past few years trying to break down the taboos surrounding mental illness in hip-hop and beyond: “You were the man on the moon/Now you just go through your phases…/ You stay xanned and perked up/So when reality set in you don’t gotta face it.” Irresponsible. Really irresponsible. The entire music world has rallied around the hip-hop artist to support him at this time, and Drake genuinely shouldn’t have kept this line in, even if he did write it before Cudi publicly revealed his struggles. For now let’s set this aside, to be revisited in another article very soon.

The second track Drake premiered was arguably the most surprising, and as a remix, we can assume it is the outlier that won’t feature on the December release. Despite this, it’s one of the coolest releases of late, with him reaching out once again to the UK scene and covering one of the most exciting rising talents, Dave. Whether you like it or not, Drake’s co-signs are powerful tools to become overnight sensations, from Kodak Black to the more collaborative projects with Skepta, who, although a huge name in the grime scene, was really thrust into the mainstream spotlight thanks to his budding bromance with Drake. It’s exciting to see him work his magic on another upcoming name from that scene – hopefully well be seeing more and more of Dave in the coming months!

Keeping his commitment to the younger emcees going, Sneakin’ is his first ever collaboration with Atlanta’s newest rising star 21 Savage. Over this fast-paced trap beat, produced by the one and only London On Da Track, the pair let loose some brutal bars, making this one worthwhile collaboration.

When you have Vinylz and Frank Dukes, the production team namely behind Travis Scott’s Pick Up The Phone, you know it’s already going to be your new jam. Add some funky instrumentation, an absolutely booming beat, and Drake’s classic catchy hooks, it won’t take long until this is on the airways. Fake Love interestingly does showcase a new angle for him though, as he often talks about romance in his music, this new tune is refreshingly the opposite and a reflection of all the fake affection he receives by those swayed by his influence he has as one of the world’s biggest artists.

So, what does it all mean?

At this point there’s many more questions than answers, and ultimately the best way forward is to just wait out the next few weeks and see what else we’re given in the meantime. But damn, speculation sure is fun. 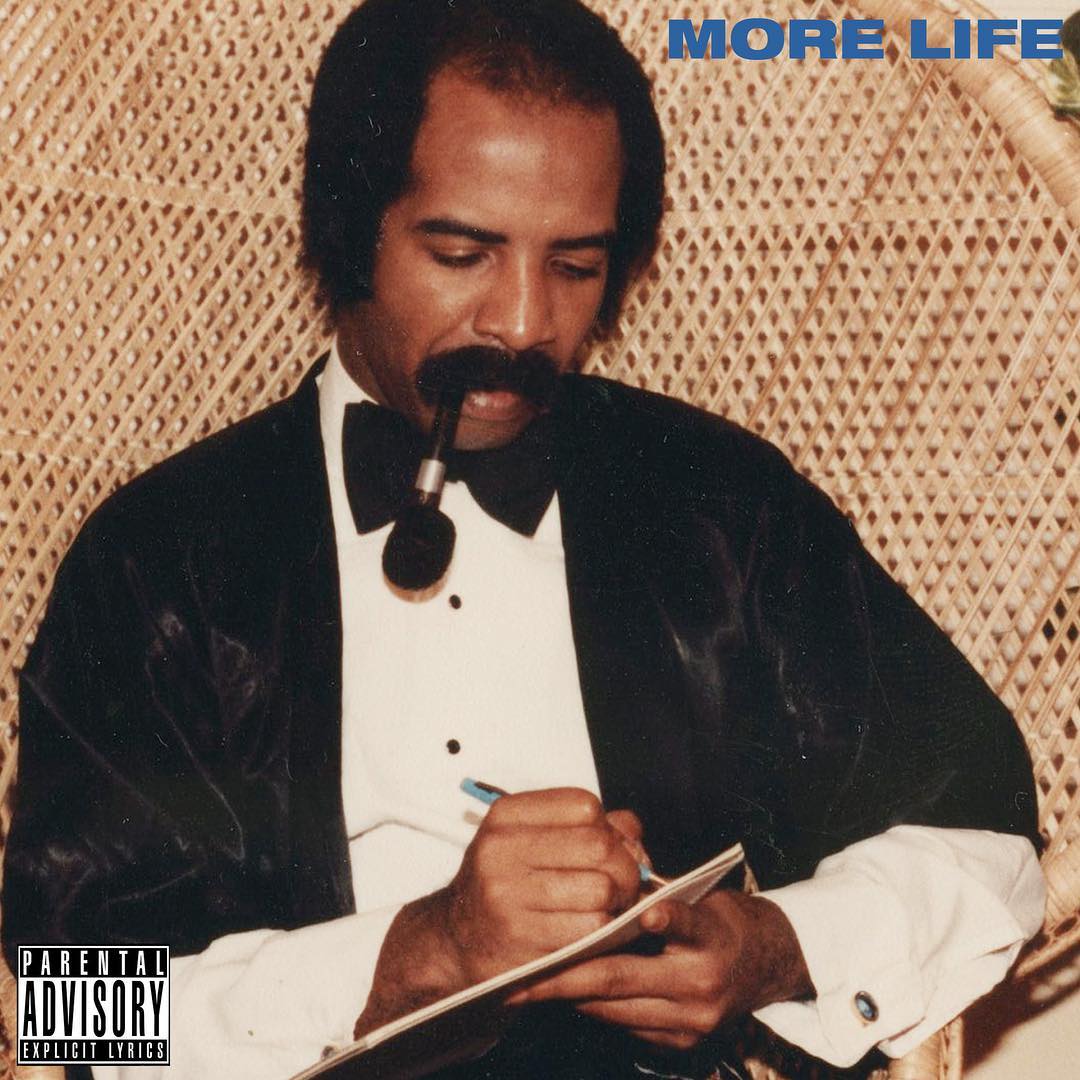