The multi-talented, multi-award-winning Donald Glover aka Childish Gambino sat down with Ellen Degeneres to talk about his incredibly busy 2016. He’s heading our way soon for the Falls and Field Day festivals, but apart from that, he’s been busy working on his new album PHAROS, and its recent live component, as well as his incredible TV program Atlanta. Most recently, he has been announced to lay Lando Calrissian in an upcoming Star Wars spinoff about Han Solo.

It was confirmed last week that Glover would be appearing in the upcoming, untitled as of yet, Han Solo movie via StarWars.com. Speaking to Ellen, he said that getting the role of Lando Calrissian (portrayed by Billy Dee Williams in The Empire Strikes Back and Return of the Jedi) was an honour and a “very big deal” that his mother in particular, warned him not to mess up. 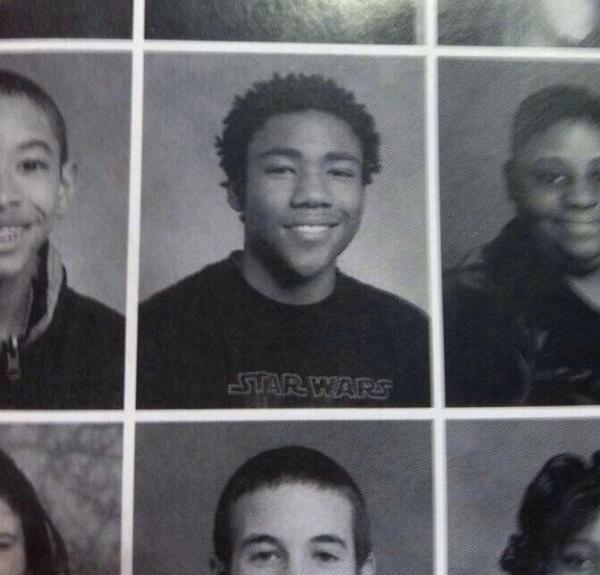 The pair then went on to discuss the success of and premise behind Glover’s hit FX show Atlanta. The show, which he conceptualised, wrote, stars in and directs has been ridiculously well-received since it’s debut. Atlanta follows Glover as college dropout Earnest “Earn” Marks, after he returns home to Atlanta to find that his cousin is a now a rapper on the rise, and to support his young child. Speaking about the show, Glover said that he just wanted to make “Twin Peaks with rappers” and about growing up in Atlanta when he was initially toying with the concept. Despite not knowing exactly what that meant himself when he started working on the show, it’s clearly worked out well because the entire thing was renewed for a second 10-episode season by the network after just three episodes of the premier season aired to record breaking numbers.

Childish Gambino will appear at Falls Festival and Field Day over New Years.