Another week, another article about violence and music – how depressing is that sentence? I even mentioned Chris Brown in my unpacking of domestically violent musicians just last week. Did I somehow cause today’s ruckus? (No.)

ICYMI, Chris Brown has just been arrested for assault with a deadly weapon. The arrest comes after Brown emerged from his home, ending an 11-hour standoff with police, who were called to the scene by a woman claiming Brown was threatening her and another woman with a gun. While it’s not exactly clear what the whole story is, there are a lot of very weird details. For instance, Miss California Regional 2016 Baylee Curran has said she was the woman who called police. Ray J was there getting a tattoo when the two women showed up, apparently uninvited (but Curran says they were there for a music video audition). They were told to leave and Brown allegedly threatened them with a gun. He also threw a big bag of weapons and drugs out the window at one point and shouted “come and get me”. Eventually, he exited the house with his lawyer. Police have said that everyone who exited the home has been “cooperating” with them.

During all this, Brown took to Instagram to proclaim his innocence in a series of videos. “I ain’t did shit. I ain’t going to do shit. And it’s always going to be be fuck the police black lives matter n—er,” he said. “I don’t care y’all going to stay playing with me like I’m the villain out here, like I’m going crazy. You guys got me fucked up though because good luck when you get the warrant or whatever you need to do. You’re going to walk right up in here and you’re going to see nothing you idiots. I’m tired of fucking dealing with you all, y’all the worst gang in the world, the police, and I said it.”

….and that’s where we have a problem.

For the record, I do not like Chris Brown. Domestic violence is extremely serious, and not only is the Rihanna incident abhorrent, but his subsequent lack of tangible contrition has repeatedly proven disgusting and unforgivable.

Does race play a part in why this incident today is getting QUITE so much attention, and why Brown has been so openly and publicly vilified for his past actions? While Brown’s absolutely deserve the reaction they got, aren’t there others who also deserve the same condemnation?

You likely already know about Johnny Depp and Charlie Sheen, but what about Michael Fassbender, Nicolas Cage, Gary Oldman, Sean Bean, or Bill Murray? All of them have had domestic violence allegations brought against them during the age of the internet and social media. To say none of them have faced the same backlash as Brown is an understatement – many of them continue to be regarded as talented actors and even loveable, meme-able personalities.

So what’s at play here? Obviously there are a lot of factors. None of those guys have had a confronting picture of the person they abused made public. That’s important in the scheme of why we continue to react so strongly against Brown, without batting an eyelid when it comes to so many other perpetrators. The photo of Rihanna’s beaten face was disturbing and upsetting beyond words. An image like that stays with you; it’s not easy to forget. Additionally, most of the charges brought against the men listed above have been legally dropped – but keep in mind that “dropped” does not necessarily mean “unsubstantiated”. It’s also a chicken-or-egg sort of situation: NONE of those accusations had the coverage Brown’s actions did, even before that photo of Rihanna surfaced. Perhaps people were less willing to believe them. They weren’t widely reported on, there was little to no public outrage, and as much as nobody likes to admit it, that plays a major role in these cases and in the way we perceive these people in future. 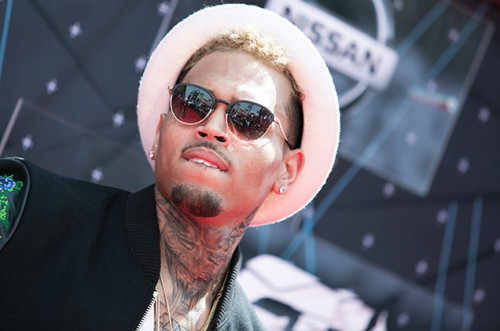 Racism is alive and well and it just so happens that the only celebrity who has been permanently lambasted for an abhorrent deed that is sadly quite common is black, how can we ignore that? Again, this article is in no way defending Brown or playing down his actions – Howl & Echoes has spent a great deal of time explaining precisely why we think he’s a terrible person. You can still hate Chris Brown. I do. His citing BLM in these videos is ridiculous, but that’s not the main issue at play here. We need to be outraged, we need to be supportive of safe spaces for women, and we need to apply this across the board instead of only targeting someone who makes a convenient scapegoat. If you’re still not convinced, ponder these: