An incredible new court ruling in Germany has deemed that its infamous nightclub Berghain was awarded a win in court. The club’s world-famous weekend-long parties have been classified as “culture” rather than “entertainment.” Ultimately, it was all about tax (the club now only has to pay 7%, significantly lower than the 19% entertainment tax), but it provokes an increasingly relevant argument: live music is culture. A thriving live scene is as much of an important part of a city’s cultural silhouette as a film or art scene.

Berghain is known to just about anybody with even a fleeting interest in nightlife and electronic music. It is the Vatican of clubs. 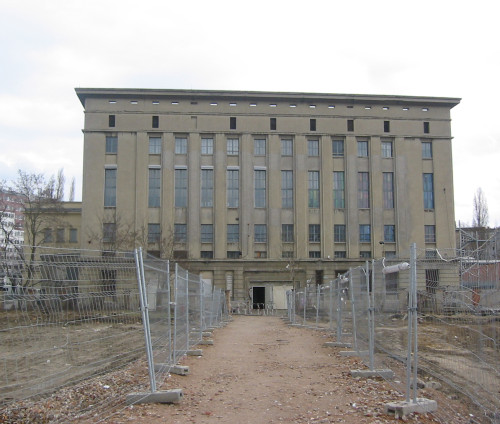 For those unfamiliar with the club, here’s the basic info: it’s a behemoth. Arising out of the elite Ostgut club (a male-only fetish club), Berghain occupies a vital position in the techno subculture. It is famous for its decadent nature, with hedonism being the central theme. The institution is also famed for its weekend-long parties (the subject of the court ruling), where the beats pump from the walls from Saturday until Monday. And these parties are now considered culture rather than entertainment, much like classical music or ballet.

This ruling has large ramifications for the live music scene. It is a landmark shift in the acceptance of clubbing and club culture. Where classical music is considered “high-art” due to its age and perceived sophistication, electronic music, and clubbing in particular, is largely considered to be lower brow. For the legislature to recognise the cultural impact of Berghain on Berlin is remarkable. Mainstream culture is shaped by the law just as the law is shaped by mainstream culture. Niche groups such as those who occupy Berlin’s club scene are a vital driving force for cultural change in society.

The importance of the court’s decision is not just symbolic, however. The assurance that the club will be allowed to pay a lower tax level means that the institution is safe to expand or improve. Economic ramifications provide a tangible and measurable effect of the court ruling. And in comparison to other major cities, Berlin’s fostering of its live music scene is working wonders.

Just this week we heard of the closure of London’s Fabric club, which came in the wake of two tragic deaths at the venue. But is closure the correct solution? Is closing down one of the country’s most respected and longstanding nightclubs the best possible way to curb further deaths? Or would it be better to try and aid the industry, reaching out and working with clubs instead of simply yanking away their licence? If you immediately kill any chance for an industry to learn from its mistakes, it stagnates. Clubs become too scared to innovate or change, and clubgoers lose interest. They get shut down one by one – just like what’s been happening in Sydney.

What isn’t needed is suffocating regulation. Sydney and Brisbane have become infamous for their strict lockout laws, and there have been a lot of words written about how ineffective and destructive they are. The only thing that will change with the closure of Fabric is that drugs will be moved from the relatively safe environment of a club to another club, and then another, and eventually, to the streets themselves. The same has and will continue to happen with lockout laws. Violence and drug-related injury doesn’t stop, it just moves.

Lockout laws and zero tolerance closure policies are punishing many people who have done nothing wrong. Fabric’s closure has robbed people of their jobs, as well as closing an established cultural location. And while Fabric may not have been as iconic as Berghain, it was an institution unto itself, and a hefty blow for London in general.

Sydney’s lockout laws have been reviewed over the past few weeks, and today it’s been confirmed that the city’s 1:30 lockout laws and 3 am last drinks might be relaxed for live music venues, “to restore the ‘vibrancy’ of the areas,” according to the Sydney Morning Herald. Realistically it’s a fucking joke – the proposed relaxation simply adds half an hour to each, shifting the hours back to 2 am and 3:30 am respectively. It’s no secret that these laws have effectively destroyed Sydney’s entire late night scene, including the closure of countless venues and job losses. Anyone who has walked down Oxford St or Bayswater Rd on a Friday or Saturday night recently could be forgiven for not realising that this is the cultural hub of the city; it’s a ghost town. That after two years of protesting, the biggest change we can come up with is adding thirty minutes to our evening, is insulting – even more so when you compare it to Germany. And for those who might argue that the cultural differences are too big to make that comparison, look no further than Melbourne.

A city that does not foster and support its nightlife will never have an institution such as Berghain, and will not hold the same respect, and importantly, understanding and acceptance, of a musical subculture (not that Sydney’s governing body is hankering for new clubs and venues in the city.) Having a thriving nightlife doesn’t destroy a city or promote violence and alcohol or drug use. It embraces and cultivates a world-famous culture that promotes acceptance and tolerance. It embraces a culture that allows people to dance well into the night, and day, and night again, while simultaneously remaining legal, regulated, safe and no more violent than our own empty streets.

Germany’s new legislation is a wonderful step forward for European nightlife. And it just makes us look like we’re stepping further backward into the shadows.