The White Stripes had this magical ability to make simple instrumentation and vocals feel like an explosion of sound. The energy Jack and Meg White could produce on a single track was unbelievable. Still is. Now imagine that 14 times and you have Elephant. Their fourth release is centred around the death of the sweetheart in American culture, and is a roaring exploration of blues rock tinged love. 13 years after its release in 2003, Elephant still sounds as raw as ever. Elephant was one of the first albums in my transition from Top 40-only listener to exploring other sounds. I was knocked off my feet, as I had no idea bands still made music this way. Years on, nothing has changed, and this is still one of my all time favourite albums.

Elephant opens with arguably the most famous riff of the 21st century music; Seven Nation Army. I saw Jack White perform at Festival Hall in 2013 and he brought the house down simply by playing the two notes as a teaser. Many didn’t realise at first, but that sound is not a bass; rather, a guitar ran through a bass amp, which gives it the deep texture you would normally associate with bass, and one which became synonymous with the White Stripes. Seven Nation Army’s anthemic and soaring sound sets the tone for the whole record. However, the band were aiming for a more stripped back and simplistic sound, which just goes to show the power the duo had.

We continue onto Black Math which shows a brighter but rougher side to the Stripes’ sound. Something I really appreciate about this record is Jack White’s production; the Third Man Records leader is incredibly adept at sonic moments, riff-length vignettes of musicality that enhance the story within the song or influence the way the listener feels about the record. 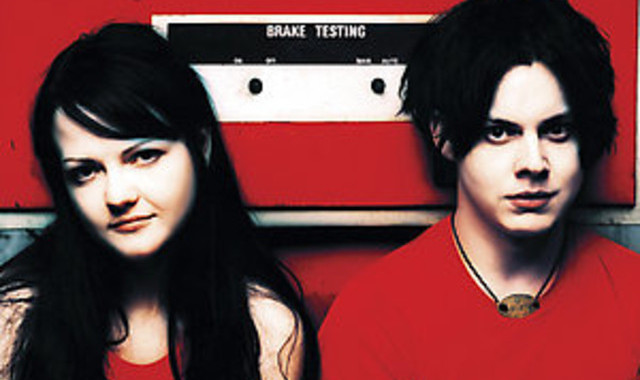 Much like Dave Grohl, Jack White is a big believer in minimal technologic influence in his music. While some of his records since have showcased a more refined sound, this was very much the case with Elephant. In the liner notes of the album you can see the words, “No computers were used during the writing, recording, mixing, or mastering of this record.” In fact, White went one further and didn’t use any equipment that was created after 1963. You can really hear that in the music and it touches down to the soul of any music fan. You can feel Hendrix, Muddy Waters and BB King flowing into the White Stripes sound. The vocal delivery is different, Jack White doesn’t have the baritone nor rawness of Hendrix and Waters respectively, but his razor sharp delivery built on classic sound is a killer combination.

The White Stripes are the best at blending a very midwestern American sound with coastal blues rock sensibilities. You feel like you’re cruising through middle America when you listen to this record. This is especially true in Ball and A Biscuit, a mammoth seven minute track that sounds at home on Route 66 as it does at the Apollo. The sound reaches into your bones and just seeps in. The rich analog sound, a rarity today, is just indescribable. Every time I listen to Elephant it’s like listening to it again for the first time. White can do so much with so little.

Another credit to Jack White’s production style is that he has a keen eye for sampling, as heard on Little Acorns which gives the listener some pretty solid advice, although it does come across a little sarcastic.

Meg inspired the cover of Burt Bacharach‘s I Just Don’t Know What To Do With Myself. The pair had began incorporating it into their live shows and it ended up being recorded for Elephant. Blending Bacharach’s lounge sound with screeching guitar and thundering drums? It works, really well. The raw sound exposes the song to new interpretation, and signifies more exploration of the theme of frustrated love, which is also explored on I Want To Be The Boy To Warm Your Mother’s Heart and is a huge portion of the centre of the record.

Meg jumps on vocals on In The Cold Cold Night for a subdued performance, contrasting Jack’s frantic delivery. She may not be an incredible singer, but she’s impeccable at creating a vibe that really compliments the shape of the album. Their relationship was mysterious and complicated, and some fans believed Meg had very little influence on the band’s sound. This track proves just how important Meg White was for The White Stripes.

One thing that’s rarely noted about Elephant is the amazing visuals that came along with it. The video for The Hardest Button To Button was directed by  frequent Stripes collaborator Michel Gondry. It features Jack walking along playing guitar as Meg is duplicated along with her famous red and white drum kit. Subsequently, it was excellently parodied by The Simpsons, thus immortalising it forever. I’ve always found that cameo to be really interesting, albeit odd – the Stripes aren’t exactly known for their pop culture enthusiasm (although Jack did make a cameo appearance in Portlandia two years ago).

The album comes to its final ending with the quirky It’s True That We Love One Another, featuring English vocalist Holy Golightly. We’re farewelled by this Western, bluegrass song that shows off this cheeky, funny side to Jack White. We hear him sing about how he loves Holly, and how much she loves him back – like a little brother. Meg briefly chimes in, before the song closes out, and one of the greatest albums of the 21st century ends with Golightly saying, “Jolly Good, cup of tea, then, Bruce? Let’s celebrate.”

Was on a bus so I listened but didn’t properly watch. Will do in the morning.