As much as the English language dominates the worlds of business and politics, it also appears to be the lingua franca of music. Despite the huge number of recording artists performing in other languages, it is still so rare for those musicians to really break into the global market.

The music industry is decidedly entrenched in western cultures historically; both the UK and America have held the monopoly on cultural exports for decades now. The ‘Big Three’ – Universal, Warner and Sony BMG – successfully established their corporations from these territories long before smaller labels, and they still control around eighty per cent of all recorded music today. So as the common language amongst the industry’s most influential executives and tastemakers, it is hardly surprising that the English language dominates.

And as much as we would like to think otherwise, listeners are very much at the mercy of these corporations’ marketing strategies. Where radio play once accounted for much of an artist’s success, in today’s digital world streaming services have taken on that role. Ready-made playlists from platforms like Spotify are a primary source for audiences to discover music. Discovery and ‘viral’ sounds give the appearance of an online equivalent to trawling through record crates.

But in reality, spots on these playlists are highly sought after, and incredibly competitive. This year it was confirmed by industry insiders that pay for play “‘is definitely ­happening”, and reports have suggested that the majors once again hold sway over these areas. With the monetary weight behind them, indie labels have complained that they – and their artists – are priced out of the market for tastemaker online playlists. 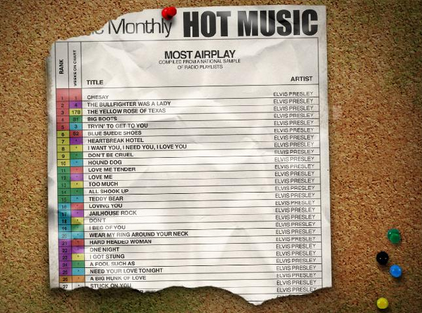 There is no lack of international artists who perform in their native languages, and many have huge support in their local territory. This is particularly true in Europe and Asia, where an artist’s reach may well extend across a number of countries, but will fall short of breaking into the mainstream chart via success in the UK or America. Even a quick comparison of the global charts against local listings makes an excellent case.

This week, the global chart featured just one artist who’s first language is not English. And even though MØ is Danish, she still performs in English. Set that against the Spanish chart for example, and it’s definitely a one way street. Globally charting artists appear across nearly all territories, but local musicians only manage to gain spots in their home territories.

Industrial precedent aside, why does the industry – and its fans – so continually ignore foreign language music? Clearly, western culture has the monopoly on music marketing but that also begs the question why they have failed to really take an interest in non-English music, when there is such a wealth of it?

We often use the term “language barrier”, which is particularly telling of how a lack of comprehension can impact us negatively. And if the primary market for music is amongst English speakers, then possibly there is an active disinterest in music that we cannot understand. Or at least, an extra hurdle that artists need to clear before they can really resonate with listeners.

World travel and experience of cultures other than our own are really sought after in today’s world. Our societies are becoming more and more multicultural, and social media makes the rest of the globe eminently accessible. I think most people would agree that the food industry, fashion and art have all been enriched by incorporating different cultural influences. So surely we are missing out on a great deal by ignoring so much music?

With that in mind, here are just a few ideas of artists who are bridging that language gap.

Welsh electro artist Gwenno Saunders first hit the charts with The Pipettes, and she has also toured as synth player for Elton John, but last year saw Gwenno release her debut solo album,  Y Dydd Olaf, which was written in her native language of Welsh, plus one song in Cornish. Ethereal and dreamy, she weaves beautiful soundscapes across the record with lush textures and instrumentation. Her first release in Welsh, Gwenno feels that she truly found her voice in writing Y Dydd Olaf.

Recognising how intimidating it can be to shun the accepted English in favour of a minority language, she is a strong advocate for artists and audiences to experience international music in original forms.

French outfit Yelle have been making infectious electro-pop for over a decade. Despite being a household name in France, and recently signing to the infamous but influential Dr. Luke, they have yet to break the international market. But if classic, sharp dance tunes are your thing then Yelle are well worth checking out. Full of reverberating synths and pounding beats, Yelle bring a sense of nostalgia for ’90s dance music to their contemporary feel.

Even in what are now English speaking nations, indigenous languages are often a rarity in popular music. Sydney metal band Dispossessed have come to the fore in recent months as unapologetic advocates of indigenous cultures. With a hefty political agenda, they perform in both English and language. Also with members of Filipino and Ghanaian origin, guitarist Birrugan sings in Gumbaynggirr, his father’s lingo from near Nymboida, NSW.

Appropriately, Dispossessed often write in lingo to express ideas that are drawn from indigenous culture. Melding black metal with thrash and punk, Dispossessed channel a very real rage and a lament against racism and colonialism.

Originally from the Cote D’Ivoire and now a resident of France, Fatoumata Diawara writes and performs in her native Wassalou (a Malian language). After escaping her home to pursue an acting career in France, Diawara began to compose her songs on acoustic guitar. Blending the influences of her international existence with her Malian heritage, she writes gorgeously emotive songs with the irresistible back drop of traditional African instrumentation. Her 2011 album, Fatou, saw her take the global stage, even performing on the main stage at Glastonbury in 2013.

Having bought her album a few years ago, I return to it nearly constantly and I have never once looked up translations of her lyrics.