A few months ago, legendary 80s and 90s Madchester group The Stone Roses dropped their first single in 21 years, All For One, news that was only topped with a second single in June in Beautiful Thing. Everyone has since gone mad at the prospect of a third LP from the quartet, and it’s certainly looking hopeful, now with a new Australian tour planned for the end of the year.

It’s been three years since they were last down under, playing at the now ceased Future Music Festival, now the lads have decided to return for a trio of back-to-back dates during December. Annoyingly for all of us who don’t live in Sydney though, all of the shows are set to be held only in the New South Wales capital.

Performing three intimate shows at the Sydney Opera House, this will be their second tour since their 15-year hiatus, reforming back in 2011. Check out the tour dates below, and make sure you get Web-Jetting folks, because this is sure to be one hell of a show.

Read our retrospective on The Hacienda and its impact on the Madchester scene. 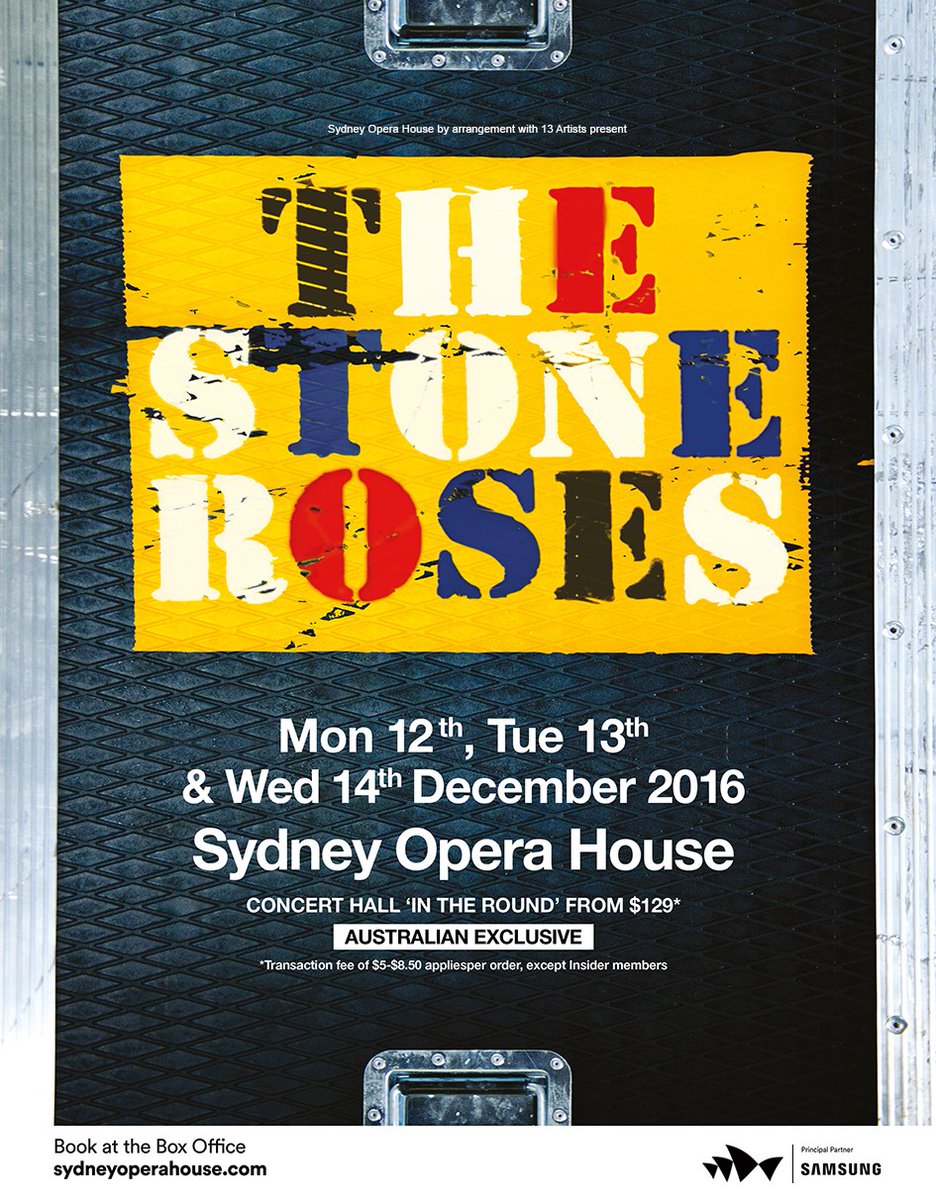