Domestic violence is probably as old as music itself, so it’s no surprise there’s a litany of songs written about it, because of it, in protest of it – you get the idea. Beyond that, many musicians themselves are guilty of the heinous act. The way we treat those people within the industry is loaded, the way we consume (or don’t consume) their music as fans inherently fraught. What happens when your fave turns out to be problematic?

In recent days, one such incident resurfaced. Sydney band The Rumjacks announced a mammoth 35-date tour and frontman Frankie McLaughlin‘s 2012 conviction (and subsequent sentence) came back into public attention. Those who remembered the press coverage of McLaughlin’s conviction (it was very public) voiced their completely valid concerns about what kind of message this tour was sending re: the music industry as a safe and welcoming space. Suddenly, many of the venues didn’t want The Rumjacks playing on their stages anymore.

The public reaction to this has been, er, mixed at best. Responses ranging from relieved to annoyed pepper the web, with the predictable “he’s done his time, when do we stop maligning him for this?” line popping up particularly often. If, like me, your initial reaction to this kind of opinion is to roll your eyes, it can be difficult to see why that’s worth unpacking – but it is. McLaughlin served a “sixteen month custodial sentence” for three incidents of assault against his partner of the time. For the sake of anyone reading who might find it harrowing or upsetting, I’ll spare the details, but the court transcript can be found here. The Rumjacks, at the time, condemned McLaughlin’s actions in a Facebook post, and went on hiatus.

When the band fully reformed after his release, nothing more was said about the conviction beyond an interview with White Ribbon at BIGSOUND 2015 as part of their now seemingly defunct #notON campaign. The Rumjacks’ participation in the conference in the first place was a point of contention. QMusic eventually approved after lengthy discussions to this end. Now, in light of the media coverage, The Rumjacks have released another statement via their Facebook:

It’s difficult to find evidence of the band or McLaughlin’s alleged extensive commitment to “the principles of #notON” beyond last year’s interview and this statement. That’s important. Sure, there’s been no lying or even necessarily hiding from his conviction, but it sure as hell hasn’t been a self-started point of discussion across the band’s career since it happened. As a public figure in the aftermath of a domestic violence conviction (“the aftermath” means forever, by the way – victims don’t get to just wake up one day and forget about these incidents), McLaughlin has been in a unique position to give voices to the voiceless. To promote open and honest discussions about domestic violence, rehabilitation, the justice system, all of it. To fundraise, even. It’s nice he met with a charity once. His statement above is a good one. But for some it may appear to be too little, too late.

It’s relatively impossible to talk about this issue without touching on Chris Brown, so let’s keep it brief. Brown’s assault of Rihanna resulted in him being barred from entering Australia. The enormity of his public status kept his actions in the news for years. It’s still being talked about – it will likely follow him for the rest of his career. A key reason for this? His reaction, and the nature of his music. His lyrics are often misogynistic at best, downright violent at worst. His response to the far-reaching consequences of his actions were tone deaf at best, and showed no contrition at worst. 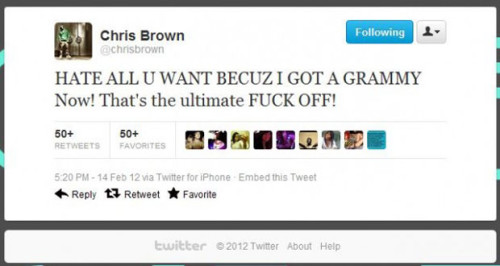 Obviously The Rumjacks’ reaction hasn’t been anywhere near as inappropriate as Brown’s (because there hasn’t really been one until now). So let’s take a look at their music. The Rumjacks are a Celt-punk band, so obviously there’s a particular language/ethos that usually goes hand in hand with that. The upshot is not pretty.

To where & whom i asked to know
She smiled, a cruelly mocking blow
She’ll never smile that way again
I ruined her for other men
And sent her to her wintry end with a..

To be fair, on The Rumjacks’ website, there’s a statement above the lyrics to that particular song that reads “Relax, geez..  its only a tale of the passing of the seasons & the cycle of life, if Nick Cave had written it youd be jerking off by now. [sic]” But it’s not really a lone example. Many songs refer to women as being whores, easy, dirty, or otherwise objectionable. Violence and alcohol abuse (which McLaughlin purports to have previously struggled with) are also recurring themes. I’m not a psychologist or a doctor, but I wonder how healthy or otherwise it might be for someone who’s had those issues to be making a living off the glamourising of them? To see crowds of people screaming these sentiments back at him?

In comparison to Chris Brown, The Rumjacks’ level of stature is low. They definitely have a solid fanbase, but they’re not in the public eye as much as him – not even close. Perhaps this is how the conviction, so publicly reported on at the time, managed to be mostly buried if not forgotten altogether.

So what does this mean for companies, entities, and fans that choose to stick by The Rumjacks, or indeed any artist with a history like this? Are they tacitly supporting violence? Funding it, even? Are fans of their music giving the old “separate the artist from the art” ideology a burl? As mentioned at the start of this article, The Rumjacks are not the only band in this position. By and large, the entire world seems mostly willing to overlook the absolutely disgusting actions of Jim Morrison, John Lennon, Led Zeppelin, Dr. Dre and so many others. Sure, social media didn’t exist back then, but it does now. Most people are aware of what happened, but, presumably due to their musical legacies and perhaps because their atrocities were committed all those years ago, they’re willing to turn a blind eye. Does that make them terrible people?

In today’s modern world, there are ways to appreciate art without lining the pockets of the artist… but does that truly make a difference? Is it actually possible to separate the two out at all? Art is, after all, an extension of the artist. A reflection of who they are and how they see the world. And if that’s the case, how ethical is supporting it in any way?

Read more: Chris Brown thinks it would be a good idea to come to Australia to help raise awareness of domestic violence