There’s no doubting that Melbourne emcee Remi is on track to become one of Australia’s most influential hip-hop exports. Since 2014’s album Raw X Infinity, he’s gone from strength to strength, armed with his unique style, engaging rhymes and heavy beats. He dropped a mixtape in between their releases, but now it’s time for the next big thing.

Remi’s sophomore album Divas And Demons is now just around the corner. From what we can see so far, the project sees him venturing further into himself, made particularly clear on last single Substance Therapy, a track about the struggle with his personal demons, no doubt those referenced in the album title.

Last week saw Remi drop a third single from the album, the loose and jazzy Lose Sleep, featuring one of this year’s most exciting breakout artists Jordan Rakei. Backed by this smooth and tranquil boom-bap beat, courtesy of his production partner and ongoing collaborator Sensible J, Remi holds his own lyrically once again, venturing further into his past by detailing racial issues that have affected his past.

While he thought many would shrug off his personal experiences, he explained it was the opposite response that inspired him to actually continue. “Since our last record, a lot of young mixed race Aussie kids have come to me talking about how much they can relate to the racial struggle in our music. I don’t think that’s a good thing, but I’m proud that these kids feel a little less alone, because of some songs we didn’t think anyone would hear. It also became inspiration for me to continue opening up about my experience. Often you can feel like one crazy beige kid in a sea of ignorance shouting about equality. These kids helped change that for me” Remi explained.

Remi has just wrapped up his main support slot on Seth Sentry’s 1969 Campaign Trail tour, alongside packing out the Tiny Dancer tent at this year’s Splendour In The Grass, and he’s now announced a jam packed headline tour of his own in support of the new album. He’ll be bringing collaborator and fellow Melbournite Baro out as support – full dates and details can be found below and at Remi’s official website.

Divas And Demons will be released Friday, September 16, 2016. 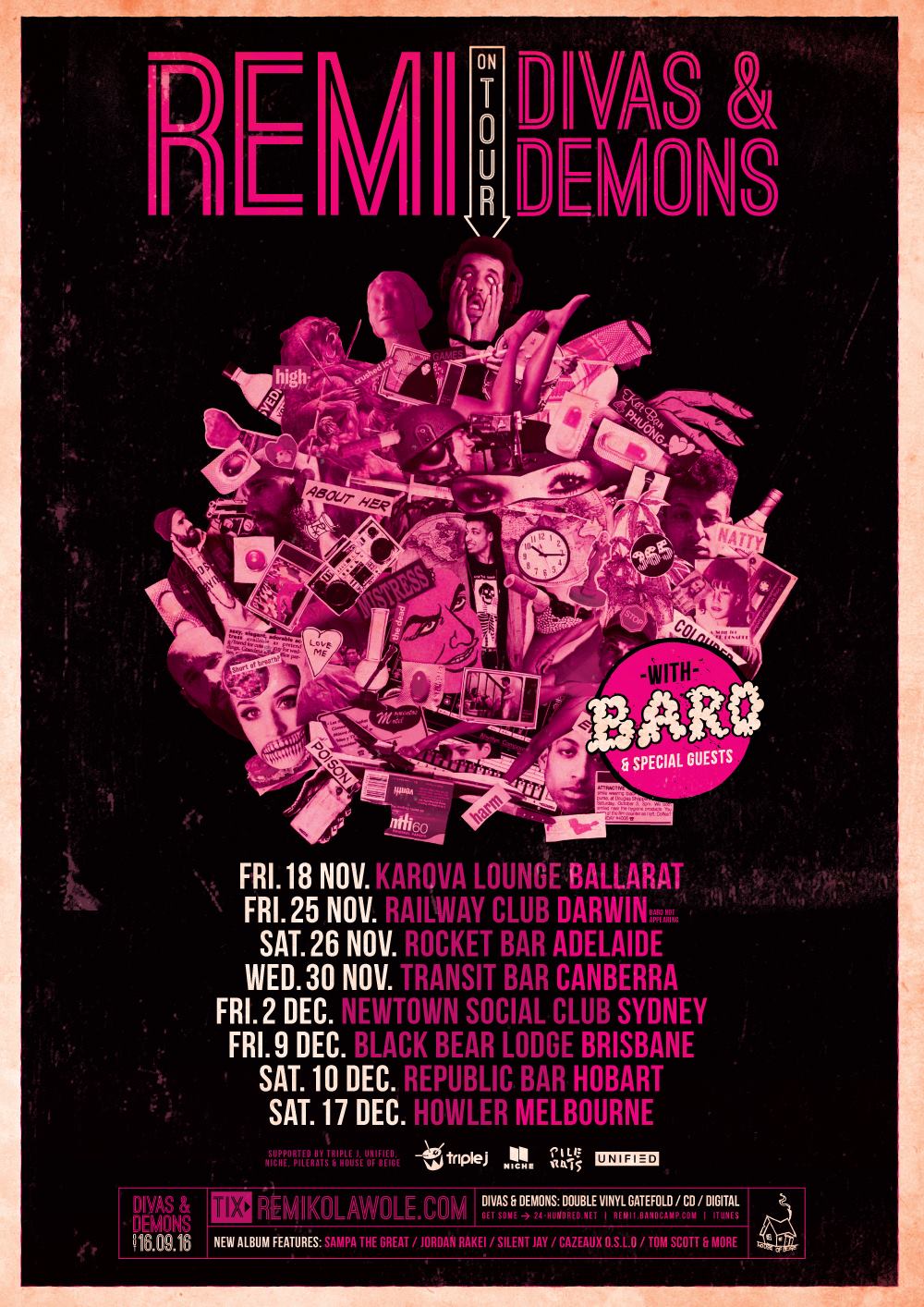