It has been eight years since Metallica put out an album, but after months of build up, the metal legends have finally announced that Hardwired… To Self Destruct will drop on November 18 of this year. Reported to be a double disc release, Metallica also shared the first preview of their new material this week with new track Hardwired.

A thrashed out, overdriven track that will take you back to classic Metallica like Battery and Master Of Puppets, Hardwired shows no sign of slowing. Fast, menacing riffs, James Hetfield‘s familiar vocals and pounding percussion make this a furious return from the band. Produced by Greg Fidelman, who also engineered their last LP, Death Magnetic (2008). As a preview of the album, the track makes good on Kirk Hammett’s earlier promise for the album; “It’s metal” he said last year. “It’s heavy”.

Metallica debuted the track in a Facebook Live broadcast, where they also revealed that “The album’s not actually finished.” But Lars Ulrich assured fans that “It will be done in the next week or so.” The announcement follows teasers from the band via their own and fan websites, including garage demos in 2014 and a video of James Hetfield thrashing out riffs in the studio last December.

Earlier this year Ulrich said that 2016 was shaping up to be a “pretty in-your-face year, at least the back half of it”. He also continued to say that the band have in fact been revisiting older material – albums and photographs – which could be responsible for the throwback to vintage Metallica on Hardwired. The lead up to the release has seen a fairly mysterious side from the band, Ulrich speculated “Who knows what’s going to happen with this stuff?”. However they have vetoed a surprise, exclusive release. 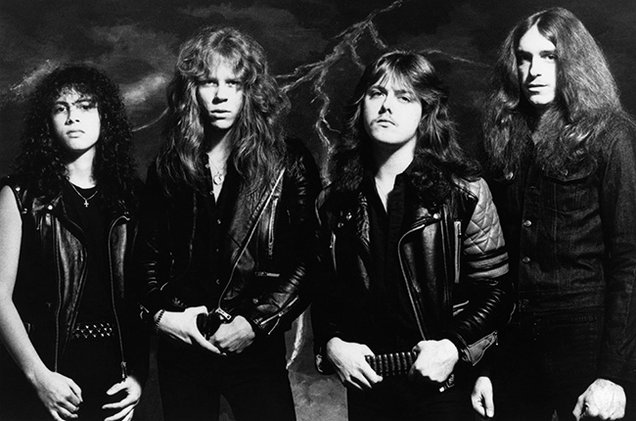 Despite it being so many years since their last full length release, Metallica have not been idle in that time. As well as sifting through an estimated eight hundred compositions for the album, the band also put out their 3D doco Metallica Through The Never. They have hit all seven continents for live shows – and that includes Antarctica. And Metallica also made headlines when they opened up about employing a band ‘therapist’ to work on the relationships within the group over the years.

If you can’t wait until November for the album, Ulrich announce in their Facebook broadcast that the band will be playing a live show this Saturday. A slightly strange presentation, the venue is a Metallica pop-up store in Minneapolis. The gig will be live-streamed via Pandora for those who can’t get there, you can catch it 12:00 ACT on Sunday.