You know you’ve done a good job staying off the radar when you get likened to Frank Ocean… Which is exactly the comparison that has been drawn between this year’s frontrunner for best disappearing act and Canadian duo Japandroids. The Canadian duo who mysteriously quit at the height of their fame in 2013 after the release of their acclaimed sophomore album Celebration Rock.

Following an announcement on Facebook, saying that it was “time for us to disappear into the ether for a while, y’all stay crazy/forever”, the band truly did just that. All online presences became inactive and Japandroids were on indefinite hiatus. Until now.

The pair have shared a tour poster on Facebook, listing prospective dates in Australia. They will be playing headline shows in both Sydney and Melbourne, taking place December. Appearing at intimate venues, only a couple of hundred tickets are available for the shows. Which promises a resurrection of the duo’s previously renowned sweaty, hectic gigs. Japandroids are also confirmed for appearances at Meredith Festival, Fairgrounds Festival and Disconnect Festival. 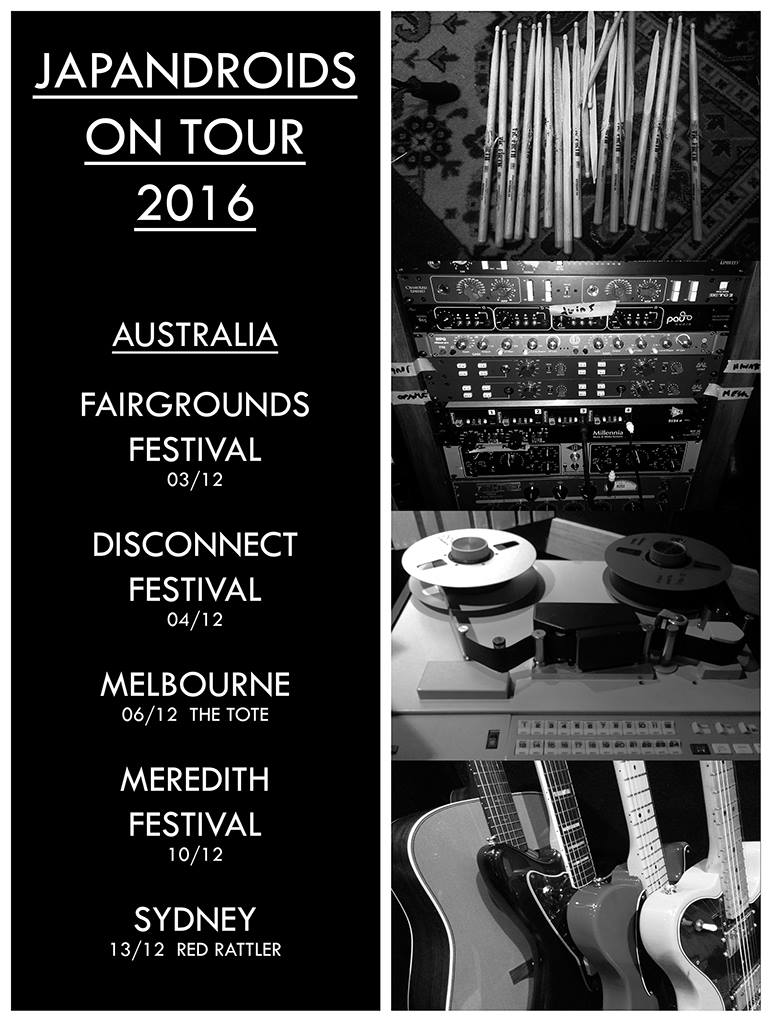 The last time Japandroids played in Australia was at Laneway Festival back in 2013 as they toured Celebration Rock. This year’s shows will be amongst some the first from the newly re-emerged outfit, and fans are hopeful of new material to be showcased. As the very style that the pair originally cultivated flourished in their absence, with bands like Beach Slang, Japandroids may well find themselves with a legion of new fans as well as the old faithful.