It’s been a long wait but Horrorshow has finally released some new material, and tour dates to boot. Their new single If You Know What I Mean was premiered on Triple J on Sunday, exactly three years after the release of their third album, King Amongst Many.

If You Know What I Mean was released along with an accompanying video:

If You Know What I Mean is classic Horrorshow, with Solo’s well poised rhymes and Adit’s slick production. The duo take us on a tour through their beloved Inner West Sydney hood, through Solo’s Inner West pride ridden lyrics and the stunning visuals. The clip is directed by Harry Hunter from Entropico, with production from Natalie Vrandich and photography direction by Zane Kamat. It also features cameos from Sydney band Sticky Fingers and other One Day crew legends.

Horrorshow will start their tour in Canberra on October 12 and will be joined by emerging Sydney MC, B Wise. More tour dates below.

If You Know What I Mean will be released via Elefant Traks this Friday, 5 August. 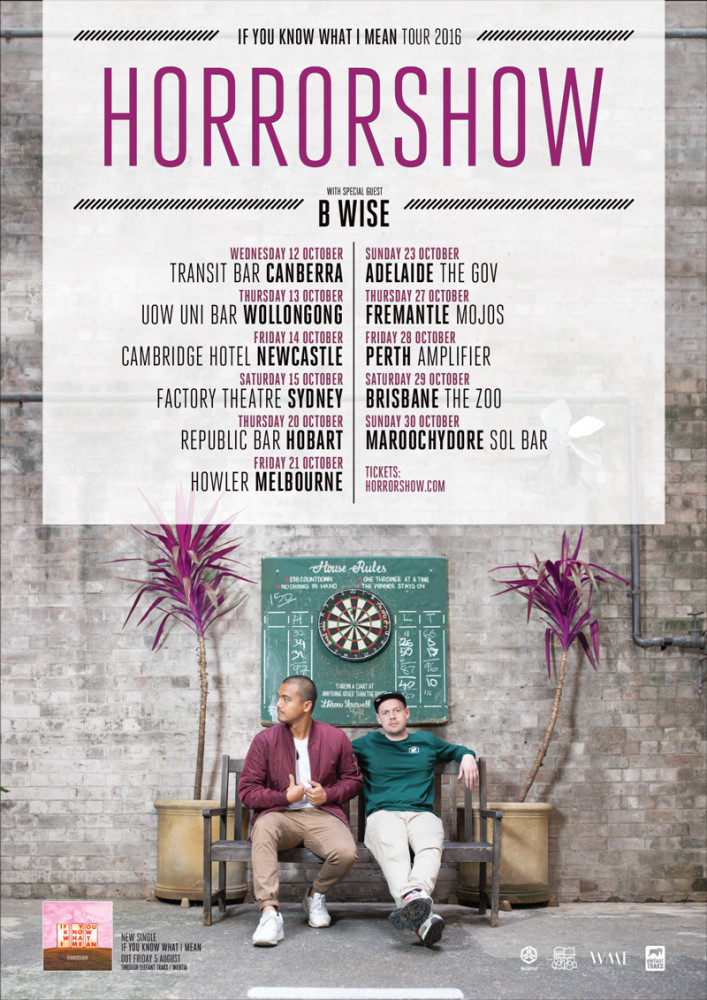