Next weekend will see Sydney taken over by Red Bull Music Academy, who will be bringing 11 events and more than 40 artists to the city. It’s the first time the event has ever taken place in Sydney and it’s going to be really, really good.

One of the most exciting events throughout the entire four days will be the 20th anniversary celebrations of one of my personal all-time favourite labels, Stones Throw, based out of Los Angeles, California. Founded back in 1996 by the legendary Peanut Butter Wolf, the label has gone from strength to strength, having long since established itself as one of the most important names for underground hip-hop and electronic music in the USA, with a particularly strong focus on vinyl releases and turntablism, too. Releasing some of the most beloved and respected artists across a multitude of genres, notably including J Dilla, Madvillain (a collab from Madlib and MF DOOM), Knxwledge (and his Anderson Paak collab NxWorries), Arabian Prince and Homeboy Sandman, it’s unsurprising that they’re considered one of the world’s best – and that this event is going to be bloody amazing.

The Stones Throw 20th anniversary celebration kicks off next Friday, September 9 at Sydney University’s Manning Bar. I can’t really stress how great this show’s gonna be, and how rare it is for a performance like this to take place in Australia. Joining Peanut Butter Wolf will be a phenomenal Stones Throw lineup, including J Rocc, Mndsgn, Katalyst, Egyptian Lover and Jonti, the only Australian to ever be signed to the label.

Howl & Echoes are giving away one double pass to the Stones Throw 20th anniversary! Entering is easy:

And that’s it! The winner will be notified next next Wednesday, August 7 by 6 pm.

To get you even more in the mood, Jonti – who recently appeared on The Avalanches’ hotly anticipated sophomore album Wildflower – has created an exclusive all vinyl Stones Throw mix for you to enjoy: 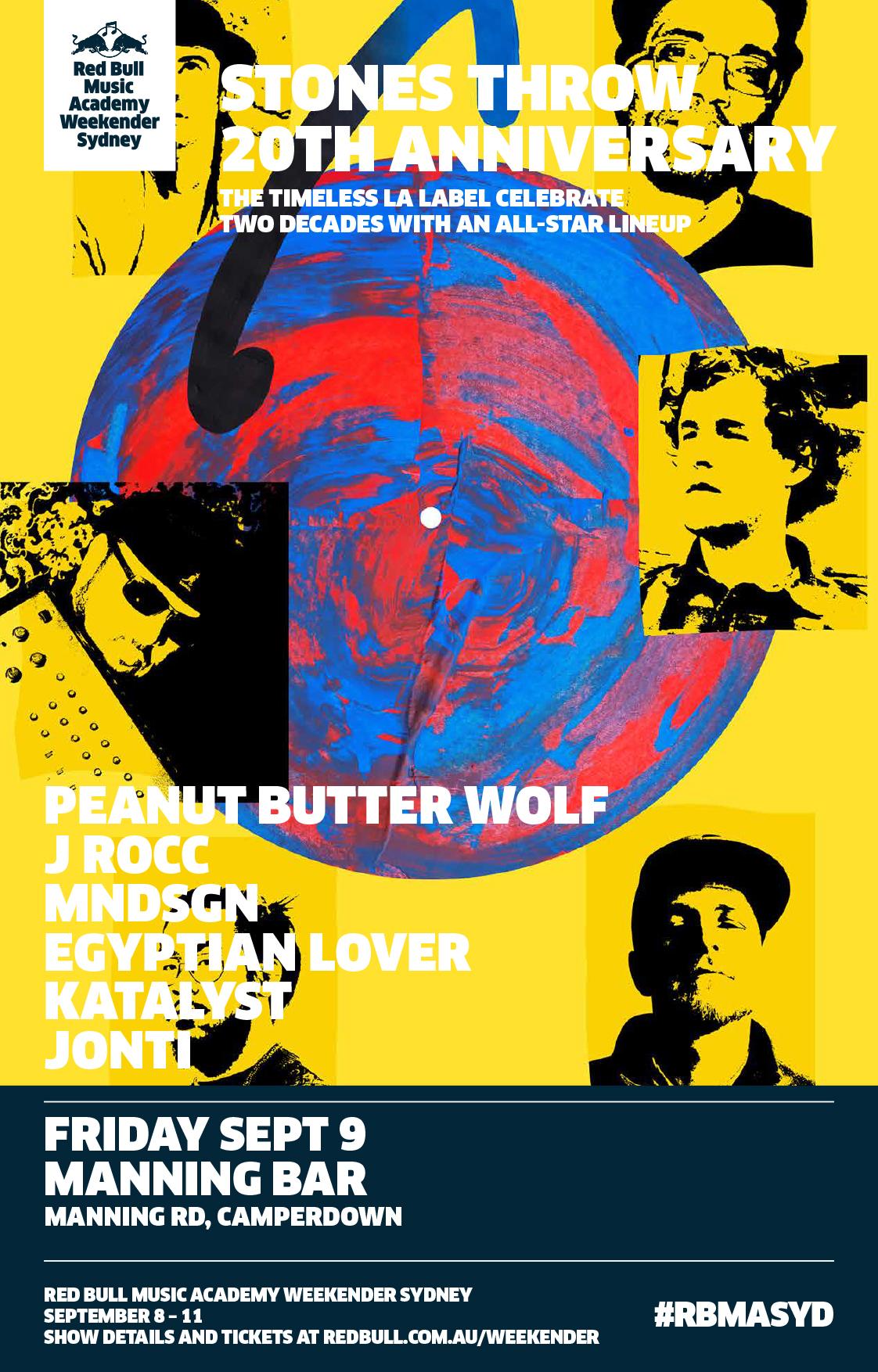