Frank Ocean has released 35 tracks in the past few days, across visual album Endless and audio release Blond (or Blonde). In between the musical releases also came a 360-page physical magazine, Boys Don’t Cry, handed out at pop-up stores in New York, Chicago, Los Angeles and London. The publication featured an array of behind the scenes, landscape and portrait photography, lyrics and concepts, poems from his friends and collaborators, not to mention a physical copy of the album, which contains two tracks not released on the online version. 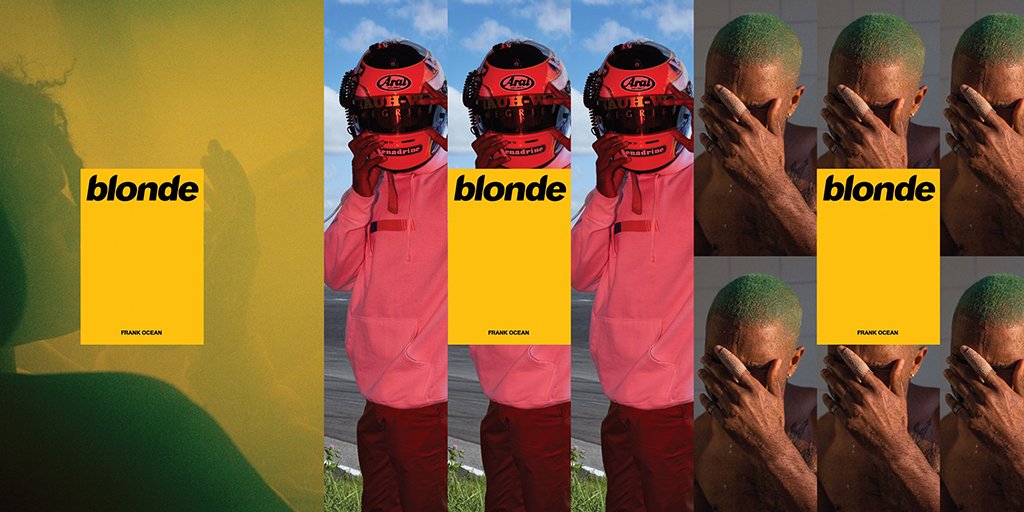 Indeed, when Ocean announced on Tumblr last year that he has two versions, “twooo versions…”, he was referring to the album – and the album cover.  The pop up exclusive copy boasted a rearranged track list (see below), two exclusive tracks Mitsubishi Sony and Easy, an additional verse on the single Nikes featuring Japanese rapper KOHH, and more.

While the full production credits for the second album have not yet been released, the internet has been heavily speculating as to who features where and how, particularly after this ridiculous list of contributors was found in the magazine: 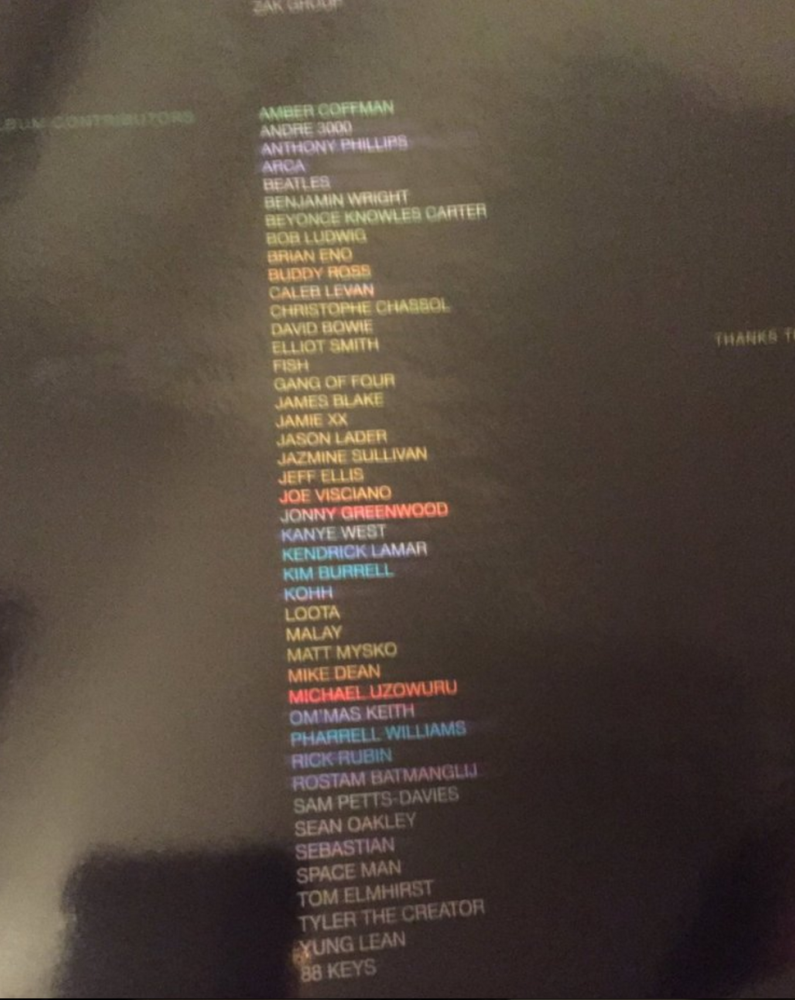 Blonde interestingly features vocals from heavyweights like Beyoncé and Kendrick Lamar, but as barely noticeable backing vocals and pitch-shifted ad libs, not standout features. French producer SebastiAn features on snippet track Facebook Story (as well as on Endless), while Ocean’s mother Katonya Breaux is similarly heard on spoken word snippet Be Yourself. Kim Burrell features on Godspeed, and perhaps the most surprising feature is vocals and rapping from sad boi Yung Lean on Self Control. White Ferrari is certainly influenced by James Blake and Bon Iver, although only James Blake is credited in the magazine’s list of contributors. It’s unclear as to whether this song actually features anybody though – Blake’s credit may have also come both as a producer on Endless, and potentially for having sampled Godspeed on his previously released The Colour in Anything track Always. The most notable, and undoubtedly the best feature on the album comes from André 3000, who is given the entire spotlight on a reprise of Solo, in which he delivers a stunning spitfire verse, one of only five guest appearances he’s made since Ocean’s last album Channel Orange. If you haven’t already, listen to this one on repeat a few times.

In addition to the vocal features, Ocean also cited the likes of David Bowie, Kanye West, The Beatles, Jamie XX, Rick Rubin and Aphex Twin. The latter three no doubt had a hand in the album’s production, while West and Tyler, The Creator are among those who contributed written work to the magazine, with West writing a surreal poem about McDonalds: 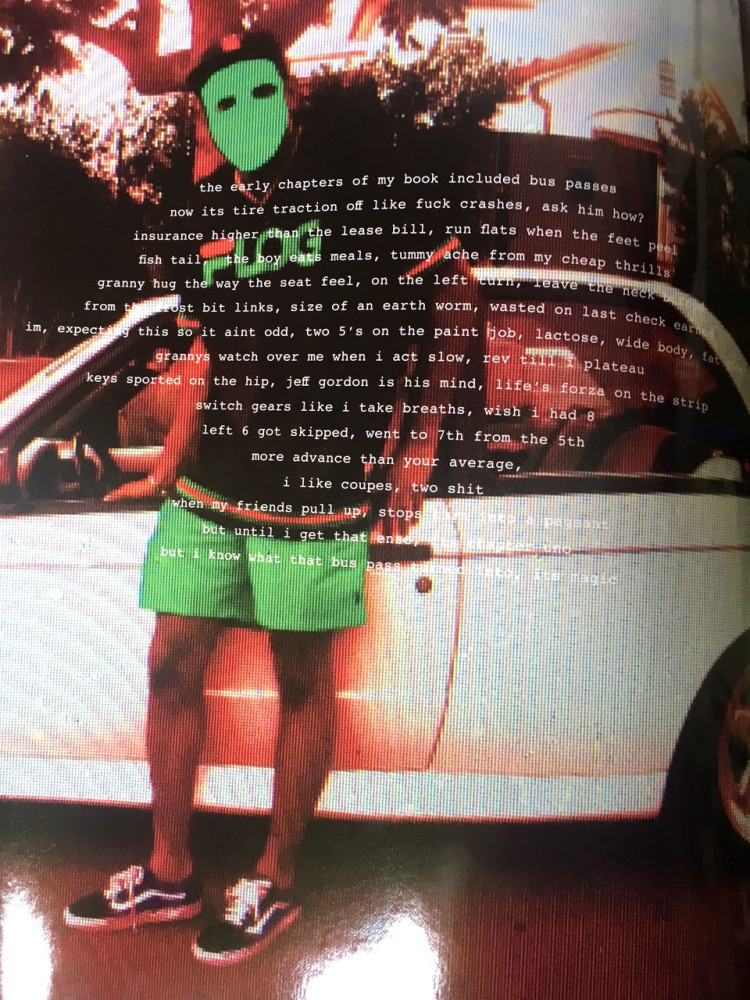 The Beatles and Elliott Smith are listed as contributors as each are referenced during single lines on tracks throughout the album. A line from Here, There and Everywhere is touched on during White Ferrari (credited to John Lennon and Paul McCartney), while Seigfried references Smith’s A Fond Farewell.

There’s plenty of other names that we haven’t fully deciphered yet, but if Frank Ocean has taught us anything, it’s that patience is a virtue. We can no doubt expect that more details and production credits in full will be made available shortly.