The human ear is easily fooled. In 1967, a pop band called The Main Attraction released a charming, fairly unremarkable single called Everyday. Long story short: the band’s singer is pretty smitten with this new man she’s met. Every day my load is lighter, she croons. Since I met you, I found a world so new. And there’s the trick. This vocal sample is an integral component of The Avalanches’ much-loved single Since I Left You – even providing the song’s title – and yet ‘left’ isn’t the word being sung at all.

Listening to The Avalanches’ brand of plunderphonics is an otherworldly experience. It’s a stained glass window through time, colouring and distorting the sounds of the past to create music as beautiful as it is muddied. Snippets of conversation, music from long-forgotten recordings, dialogue from film and radio… all of it re-purposed to form something new. Even the album artwork is a sample; it’s a small portion of American artist Fred Dana Marsh’s 1920 piece Sinking of USS President Lincoln. Band member Tony Di Blasi put it best in a recent interview with triple j: “It’s like The Avalanches is all these voices throughout time and we’re just a conduit for it.”

The enormously talented Melbourne group has been ubiquitous recently, with their long-long-long-awaited sophomore LP, Wildflower, finally seeing the light of day last month. But amid the fanfare, there are those who are bemused by the sudden reappearance of the group. Who are they, exactly? Why is everyone so excited by this album? Why did it take so long to make? And so on.

Without context, you could be forgiven for doubting the relevance of The Avalanches’ new music. After all, they only released one album all the way back in 2000 and, until this year, had been disappointing us with broken promises and new music that never arrived. Think Frank Ocean or Gendry from Game of Thrones (where is he?) but for sixteen years. If it was anybody else, we would have given up. But it’s The Avalanches, the group responsible for one of the most innovative, revered and expertly-crafted albums in Australian music history. That’s why this band still matters. 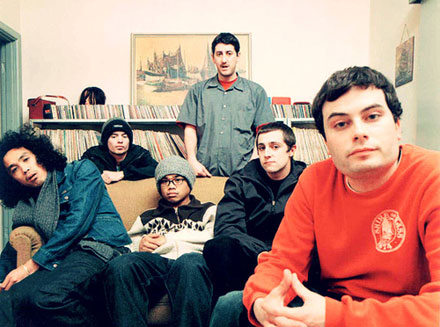 In 1997, Di Blasi, Robbie Chater and Darren Seltmann formed a group from the ashes of Alarm 115, the trio’s short-lived noise-punk band. Chater and Seltmann had produced a demo tape using crates of old vinyl records, from which they extracted a variety of beats and other sounds. By their fifth gig, after trialling brash names such as Swinging Monkey Cocks and Squid Hats, they settled, mercifully, on The Avalanches.

The inspiration behind the band’s penchant for sampling was simple. As Chater told triple j in 2000, they couldn’t afford to play grand orchestral pieces or replicate the sound of a distinctive instrument from a particular era, so they sourced the sounds they needed from other records. “None of us had much money, so it was just a very cheap sampler, a cheap computer and lots of time going through Melbourne’s op shops,” he explained. By 1999, the band members were spending hours digging through crates of old vinyl, sending interesting samples back and forth and gradually collecting enough to make an album. That album, released in November 2000, was Since I Left You.

The album is best experienced in its entirety, and through headphones. Each track flows into the next, weaving a mesmerising sonic narrative where a horse neighing is as influential as Madonna’s Holiday. Since I Left You is rumoured to comprise over 3,500 individual samples. The summery, disco-inspired title track was one of the band’s most successful. “Get a drink, have a good time now. Welcome to paradise,” you’re greeted, amid soaring flute and a sampled harmony by ‘60s doo-wop icons The Duprees. And so your journey begins.

The Madonna-sampling Stay Another Season is an accompanying coda to Since I Left You, and its familiarity is comforting. It morphs slowly from breezy cruise liner tune to the staggering groove of Radio, apparently via Flemington racecourse. Between tracks, The Avalanches litter fascinating shreds of audio, which, despite their complete disparity, allow for seamless transitions. It’s with the cry of, “Can’t you hear it?”, taken from the 1961 original Broadway cast recording of How to Succeed in Business Without Really Trying, that we reach Two Hearts in 3/4 Time. Here, the gorgeous vocals of American soul singer Marlena Shaw lead us through serene waters and into the turbulence of Avalanche Rock, an interlude of sorts before the blipping, helter-skelter Flight Tonight, which centres on a looped hip-hop lyric by Prince Paul and De La Soul. The pace is frenetic. Before you know it, you’re deep into the album, tossed in a salad of Debbie Reynolds and Sesame Street, garnished with dialogue from Robert De Niro in the ‘80s action film Midnight Run.

Subtle, familiar threads link sections of Since I Left You together, allowing The Avalanches to explore busy musical side streets before returning to the main thoroughfare. Recurring samples, such as Nancy Wilson’s Tonight May Have To Last Me All My Life – parts of which appear in three tracks, culminating in the gentle piano chords of Tonight – are anchoring motifs, providing balance and continuity. There’s definitely a seaside flavour throughout the album, too, with dialogue from the 1986 film Club Med appearing in four tracks and the fleeting Pablo’s Cruise comprised primarily of seagulls and a foghorn.

Through the fog looms The Avalanches’ pièce de résistance: Frontier Psychiatrist. It’s impossibly dense, excessively dramatic and entirely bizarre. “I’d had the music for a long, long time. That big Spaghetti Western kind of sample. I could never figure out what to do with it,” Chater recalled to triple j. Enter Canadian comedy duo Wayne & Shuster, whose record provided the unexpected source of inspiration The Avalanches needed. Lines from their Frontier Psychiatrist sketch, among others, as well as spoken word contributions from Flip Wilson and dialogue from the film Polyester, construct what is essentially a comedy song, albeit one set to a masterfully mixed cocktail of drums, strings, horns and choral harmonies.

The alarm clock ringing in the background of Etoh is fitting; it does feel as though Frontier Psychiatrist was a strange dream. Somehow, though, it sits comfortably alongside the fluttering, French-infused Summer Crane and the robotic funk of Live at Dominoes (“Flight two two is off to Honolulu!”), which are unlikely bedfellows themselves. Then again, the whole album was unlikely; so much of it was composed by chance. If Robbie Chater hadn’t stumbled across that record by The Main Attraction and decided it looked useful, Since I Left You simply wouldn’t exist – not by that name, anyway. As if to remind us of this, Extra Kings fades out with a lyric by The Osmonds: I just can’t get you, since the day I left you. It’s a perfect, full-circle conclusion to an album that sounds as lush and imaginative today as it did in 2000.

While the samples themselves are rooted in the 20th century, Since I Left You is much more than a cut-and-paste pastiche. It’s a masterpiece.