2016 is a remarkable time for the Australian music industry. Electronic music in particular is not only expanding and achieving recognition on an international level, but it’s building and thriving at a tremendous rate in our own backyards. Along with a seemingly endless stream of exciting, diverse new artists, more and more small scale labels are developing and growing, cultivating a really exciting micro-community of niche artists and releases.

Plastic World have been around for three years now. Founded by James McInnes and Vic Edirisinghe, the (almost) vinyl-only label have been working with artists including GL, Retiree, Cassius Select, Alba and many more.

The pair of lifelong friends didn’t exactly fall into it backwards; they each brought a wealth of experience, ideas, understanding, and contacts to the table, allowing the label to flourish early on. McInnes formerly worked with Future Classic, the label for bringing names like Flume and Chet Faker to international attention, while Edirisinghe is a founder of touring and management company Astral People, responsible for some of the best events, tours and festival stages in the country.

“We’ve known each other for years,” says Vic, “and one day we just got talking, and we were like, how good would it be to do a vinyl record label, to fulfil our passion for vinyl and Australian music? And thus Plastic World was born.

“The whole ethos of the label was to champion Australian electronic music, but to also have an eye toward how to build these artists to a global platform. When we started, we didn’t think we’d want to be this home for artists to do release after release like all the big artists. We’re experienced in marketing and PR, and we wanted to use the label as an avenue to promote these young artists.”

The interesting thing about Plastic World is that it sees itself as a gateway. Many of its releases are that artist’s first release ever, but the label are more interested in being the first step, not the long term relationship. “We want to be that building block before the artist goes on to the bigger labels,” Vic explains.

Plastic World are paving a small, but sturdy road throughout a scene which is bigger and brighter than ever. “I think right now, Australian electronic music is at the best stage it’s ever been, and that’s not just here, but all over the world,” says Vic. “To see the standard being raised every single month in this country is amazing for me to witness. Before, it was this unique underground DIY mentality. Now you’ve got so many people doing it, and at such a high quality, that it’s forcing competitiveness in electronic music, the quality is forced to go up and up and up.”

When it comes to knowing which artists to work with, they just know. “If we like it, we’ll know, and if we both get that same feeling, off we go.”

“I remember when James first sent me the Retiree demos. In about 20 seconds I remember, vividly, my email back was “Fuck yes, sign sign sign, and I’ve only heard a couple of rough snippets. When I received the first GL demo, James was like, sign sign sign. We connect on a musical level, we respect and understand each others’ tastes. If we’re both psyched on it, we’ll do it.

Plastic World has come a long way in three years. Although many of the conversations that started Plastic World were those brought over from Future Classic, their first real milestones were overseeing releases from start to end, the first of which was Alba’s Knokke. James recalls, “Doing the process start to finish – finding and signing a new band, bring out a record, getting remixes, doing artwork and video clips.”

On a more philosophical level, Vic believes that “the most rewarding part of this has been learning so many lessons. You learn lessons very very quickly, and you can see why labels come in and out of the market so quickly, especially with something like vinyl where you’re making a physical product. We learnt those lessons really quickly, we adjusted, we made sure that we were always able to keep above water. It’s just been so amazing to learn from these mistakes, use these releases as trial and error.”

One of the main lessons they’ve learned is that there’s no “perfect method” to a release. Every artist, every style of music, every song, pertains to a different style and format of release. It’s a challenge sure, but it’s what keeps it exciting for them – to personalise each release, to give them a personal treatment. “It’s organic,” says James. “Every artist, release, record is completely different.”

It’s not only their hands on approach, but an intentional diversity that separates Plastic World from other small vinyl labels, many of whom choose to focus on a specific style or genre. “For every pop release we do, there’s a 12” dance release, so you’ve gotta switch hats.”

“We were doing that purposely to test people and to test people into thinking about good Australian music and good electronic music. And I think it makes people pay attention to us more because they want to see what we’re doing next. I’d love to do an ambient record, or a metal record. It’d be a curve ball!”

Plastic World have just put out their very first compilation, a similarly widespread selection of some of the best artists Australia has to offer. “The compilation is designed to capture what the label is truly about,” says Vic. “You don’t have to be a label that focuses on one thing. As long as the art and the releases and the vibe stays consistent, people will connect with it. And hopefully we can introduce people to something new, we’d love for someone to pick up a Thomas William record because they like Retiree, and to discover the world where he’s from. The whole label is about discovery and really pushing that aspect of listening to music, not being like, “No! We only listen to house and techno from the back of the club. “

“Because we are the most isolated country in the world, we’re not as easily influence d by trends. I went to Berlin, I wanted to see something different, to learn all about what electronic music is all about. The funny this is, is that what I found out is how lucky we are in Australia. Any bar I went to, any club, it the same 4/4 house, techno, minimal vibe – and don’t get me wrong, I love that stuff, but if you come here, you might have BV on one night or a Roland Tings show or Flume at the Opera House, Jagwar Ma, it’s just so diverse, there’s so many different reiterations of electronic music. It’s so exciting to be from Sydney, you don’t have to be in one pocket.”

The Plastic World niche is that they release vinyl only (well, except for the compilation). This came out of a deep love and respect for the medium, which has remarkably stood the test of time and technology to continue as one of music’s favourites.

“We both buy and collect a lot of vinyl,” James explains. It’s just a really nice tactile way to listen to music, to share it with people.

“The thing with vinyl is it’s incredibly frustrating, incredibly expensive, it would blow us out for five years and probably bankrupt us, it’s a real headache. But, we both just love the medium. As soon as we’re pressing something to it, we know it’s the bee’s knees. You want people to hold on to it, we want it to be in collections for ten years, we want people to find it at garage sales, to live longer than a stream on Soundcloud or a Spotify suggestion.”

“It’s stuck for one reason and one reason only,” says Vic. “Sound quality. 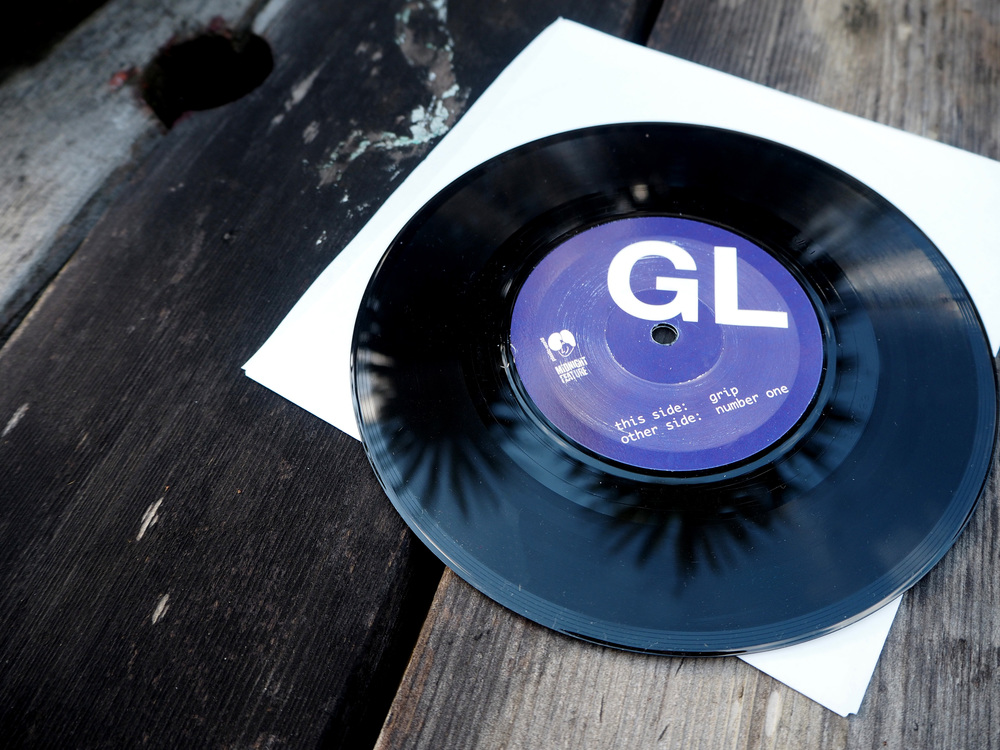 “I go on my phone and I just have a whole album on phone, an album that’s taken years to make. I don’t wanna go and listen start to finish, I’ll listen to one track, get my fix and then I’ll go on to another album and get my fix there too. With vinyl, you’ll put it on from start to finish and it’s this beautiful thing. We’re so excited to be able to promote that medium.”

As for the compilation, while it isn’t getting a vinyl release, there’s a special story behind it. “We were sitting down, we picked all these songs, figuring out a track list,” tells James. “It was that time when all the venues were closing down, lockouts had kicked in. We were listening to these tracks and we realised there’s a story to tell.”

The track list of the compilation is supposed to carry you through a day, an experience of “our day and night in Sydney.”

“If you go from the start, you’re at the beach, it’s a beautiful day. And then you go to a day party, listening to disco, house and having a good time. And then you move to a nightclub at nighttime, it’s getting a bit tougher, and then you take a pretty funky pill and it’s quite messy, and then it comes to this really beautiful crescendo and goes to nice, atmospheric kick-on. It’s a day and night in Sydney.

“If you really listen to it, you’ll get it – hopefully.” 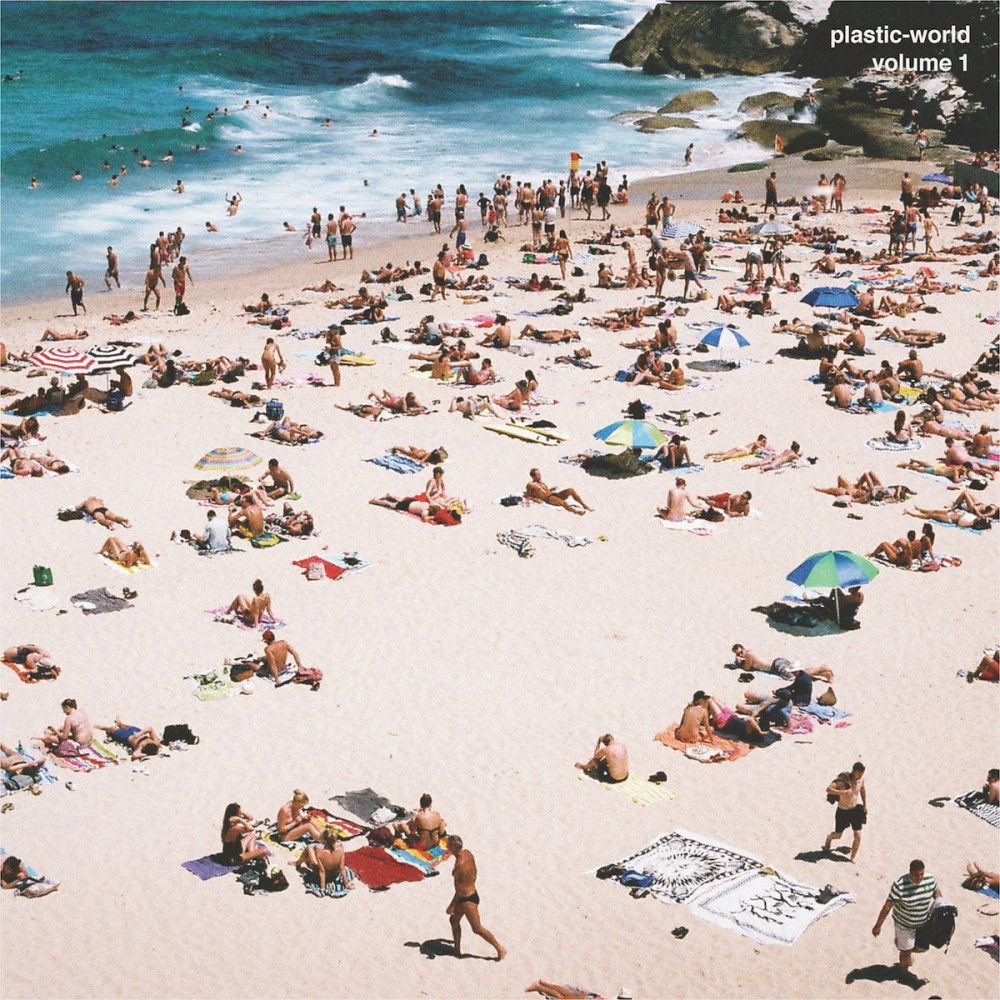 As for the song selections, the pair sought out to uncover the most unexpected and diverse music that they could. “Our whole pitch to people when they wanted to submit tracks was, just send us the weirdest thing you’ve got. If you’re a hip-hop artist and you’ve been working on techno, send us the techno. We don’t want your hip-hop, people know about your hip-hop. When you listen to it, you’ll be like, oh, Tim Sheil does that? Sam Weston does that? And this side project from GL – Where the hell does this come from? It’s so polished and amazing but it’s really a six piece jam band who get together and jam in Melbourne and don’t put anything else. But we’ll put it out. We’re those weird guys who’ll put it out.”

Listen to Plastic World’s compilation below, and you can buy or download it here.

Read our full review of the Plastic World compilation