Bon Iver are reportedly set to debut their new album, possibly in its entirety, live at Eaux Claires Festival in Wisconsin this Friday. The festival is curated by Bon Iver’s Justin Vernon and Aaron Dessner of The National, and is held in Vernon’s hometown of Eau Claire.

Earlier this year, Vernon announced via Twitter that he would be debuting new music at the festival, which is also set to feature performances from James Blake, Vince Staples, Dessner’s all-star Grateful Dead tribute and many more. Now, according to Pitchfork, it looks like Vernon will be debuting a lot of new music during his set (which will also assumedly feature a rare performance of he and Blake’s collaboration Fall Creek Boys Choir).

Bon Iver have followed in the footsteps of many of their contemporaries by way of releasing cryptic visual information via social media and a mural found in Brooklyn, a la James Blake. The words “22 days” have appeared via video and hashtag, and while no official details about the album have been released, it’s possible that the album will drop in 22 days, or, 22 Days might be the title. 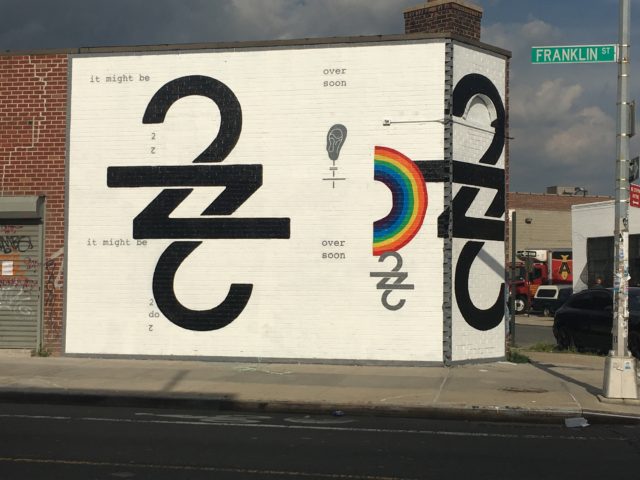 Last month on July 22, social media indicated that something was stirring:

22 days after July 22 is this weekend. Bon Iver’s set is scheduled for 9:20 pm on Friday, and no other bands are performing at that time across the festival’s five music stages.

Bon Iver’s last album was their 2011 self-titled release. Since then, Vernon has collaborated with Kanye West, James Blake and others. Vernon and West’s most recent collaborators Francis and the Lights will also be performing at Eaux Claires, so there’s a high chance Vernon will be popping up during a number of sets this weekend.

Howl & Echoes will be on site at Eaux Claires this weekend, so keep an eye out – we’ll be reporting new music live as it happens.