Shuffle is pretty wonderful. The freedom that comes with hitting those two intertwining arrows and locking your phone is hard to beat. It comes with contentment that whatever plays will be listened to, and if it’s truly unbearable, the precious skip button is right there. But ignore that ever-so-tempting skip button! It’s an addiction waiting to happen!

The reason behind having your library on shuffle is not to find new music, but to rediscover old loves. Songs that you once adored, but grew away from. If you use iTunes, shuffling your library is a great way to find those anthems to your early teens, which may not be something you want to remember. Even now I’ve rediscovered my Stromae phase, unfortunately. But it’s always fun to go back through your library and explore your old music taste.

One thing that you will find is that there is a lot of bad music out there. Like, really bad. And you used to listen to it, and you used to enjoy it. “How?!” you might ask yourself. I still ask myself that whenever shuffle is on my library. How in the world did 14-year-old-me think this song was good?! If you have ever had Ice Ice Baby burst through your stereo without you choosing it, you’ll know what I’m talking about.

It seems bewildering that we could have ever been so silly to have liked songs like these, so devoid of musical talent or artistic integrity. And yet, you find yourself strangely drawn to it. The lyrics come spilling out of your mouth, and a smile creeps its way into your expression. Dancing becomes inevitable; you can’t stop yourself. You know all the words. A bandana wraps itself around your head. You are Vanilla Ice. 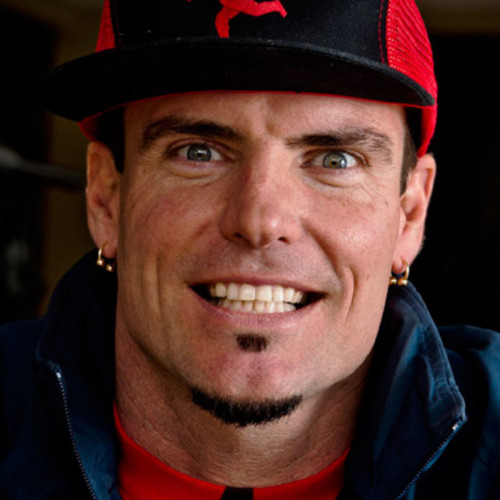 Ok, that might be a little extreme, but why do we like music that’s comically bad? Songs like Ice Ice Baby and Who Let The Dogs Out are horrific, but hold a special place in our hearts. They’re party songs, 4-minute anthems to dance with your friends to, laughing at the absurdity of it all. They’re fun, not profound.

There have been many claimants to the throne of shittiness that is “Worst Song of All Time,” including My Humps by The Black Eyed Peas, Rockstar by Nickelback and Baby by Justin Bieber (yeah bet you forgot that existed huh?). But is there really a point to crowning a king of crap?

After all, there are various types of shitty music. There’s the plain old musically bad song. Included in this category is the entire catalogue of Nickelback, much of Billy Ray Cyrus’ work, the aforementioned Ice Ice Baby, along with countless others. This is the stuff that’s easy to enjoy. Just switch your mind off and let the wave of dubious musical talent sweep you along. This is the fun stuff, because there’s no malicious intent or ignorance. No sense of questionable morals to go with the music. It’s just bad music, and it’s great to laugh and get drunk to.

The worse stuff comes when you delve onto YouTube, and usually involve covers. Now, I’m not one of those people who think that bad artists should be banned from covering brilliant songs, like when Kanye wanted to cover David Bowie and people got mad. If artists want to pay tribute to a great artist, who are you to stop them. You don’t have to listen to it, but there’s a line where a cover can cross into something legitimately dangerous. Like when this happens:

Yeah, that’s a real thing that exists. Someone legitimately thought that was a good idea. Taking a rich white kid and making a “vintage” themed cover of Fetty Wap’s Trap Queen, a song about drug dealing. When Fetty sings about cooking pies, he’s slanging crack. This kid? He’s literally talking about pie. He isn’t so much missing the point as he is actively avoiding anything sharp. Bad music like this is actually uncomfortable to listen to. It makes you feel dirty, like you’ve done something wrong. This isn’t fun, it’s gross.

But for the most part, we don’t love this kind of bad music. Anthems of entitlement like the above cover, along with Rebecca Black’s Friday and the Bieb’s Baby are generally hated, because people recognise that they are more than bad. They do something more than James Blunt or Starship did; they show the entitlement of the performers. It’s as if they are entitled to a hit. The cover of Fetty Wap that lies embedded above crosses another line into somewhere that’s genuinely racist, and that’s why people generally hate it. Party playlists will still be dominated by songs that make you laugh rather than groan and get depressed over the state of the world. Songs like Don’t Worry, Be Happy and Sounds Of Silence (the cover by Disturbed) are musically horrible, but they have their appeal outside of torture.

Now if you’ll excuse me, I’m off to listen to more Vanilla Ice.