The hip-hop world is still mourning the passing of A Tribe Called Quest’s Phife Dawg, who passed away in March at age 45. Now, it has been announced that a street in Queens, New York, will be renamed in tribute to the legend, who lost his life due to complications related to diabetes.

Linden Boulevard, situated on 192nd Street in St Albans, Queens, will soon be renamed Malik “Phife Dawg” Taylor Way. A mural is already in place at the back of a dry cleaning store on the street, featuring the famous artwork of Tribe’s groundbreaking sophomore album The Low End Theory. 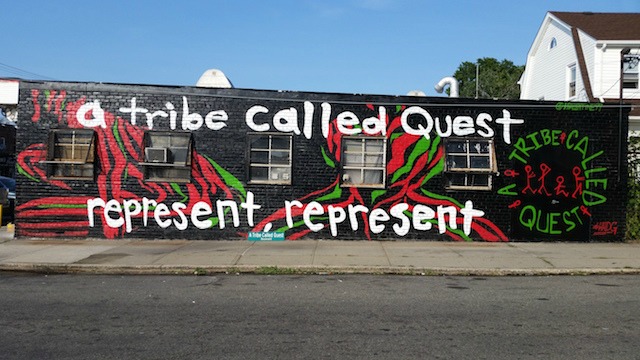 The street held particular importance for Phife and Q-Tip, who grew up there and referenced it at least six times in Tribe songs, most notably on Check the Rhime (“Back in the days on the boulevard of Linden, / We used to kick routines and presence was fittin’ / It was I the abstract”), Steve Biko (“Linden Boulevard represent, represent / Tribe Called Quest represent, represent”), Jazz (We’ve Got) (“Make sure you have a system with some phat house speakers / So the new shit can rock, from Mars to Massapequa / Cause where I come from quality is job one / And everybody up on Linden know we get the job done”) and 1nce Again (“I fought my shit up on Linden in the one-nine-two / Forever writing never biting ain’t shit else to do”).