They say that parting is such sweet sorrow. So sweet, that goodbyes seem to last a lot longer than they used to in the music world. Where audiences were once rocked by shock announcements, on stage departures and even sudden death, bands today are taking their time with their farewells, announcing that they’re breaking up months or even years beforehand.

Some of the most famous band breakups seemed to come without warning. Often coinciding with an album release, or sometimes occurring mid tour or even mid concert, the general feeling was often that artists had reached the end of their tether. Like Noel Gallagher who announced “I quit Oasis tonight… I simply could not go on working with Liam a day longer.” Or The Spiders From Mars who were as shocked as anyone to hear that their show with David Bowie at London’s Hammersmith Odeon would be “the last show we’ll ever do.” And who could ever forget the day Geri walked out on The Spice Girls?! 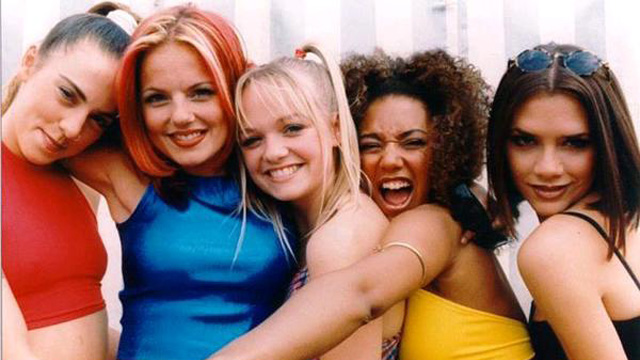 So far, 2016 has been a year of goodbyes. Some undoubtedly tragic and sudden – to borrow a popular question, no one is saying that David Bowie was holding the fabric of the universe together but… Others however have not turned out to be quite as immediate, or final, as they first appeared.  We are getting news of premeditated splits months in advance, artists are labelling releases as “final albums” before they have even been recorded. Farewell tours are no longer reserved for aged rockers and reunion shows. At what point did breaking up become a key part of an musician’s career?

As early as 2014, Coldplay were hinting at a final album. Likening their seventh project to “the last Harry Potter book”, Chris Martin described A Head Full Of Dreams as the “completion of something”. It’s not exactly announcing that the band were breaking up, but there is enough finality there to send the rumour mill churning – as I’m sure Martin well knew. The album dropped December 2015, and lo and behold, Coldplay are still touring throughout this year. If the band are planning on calling it a day, they have worked off a pretty long notice period by this point.

Coldplay aren’t alone in planning out their own demise, or working through a split with no apparent animosity. Earlier this year, heavyweight alt-rockers Brand New confirmed a new album release and also hinted that the end may be nigh. Frontman Jesse Lacey warned fans that “this isn’t going to last much longer” back in 2015, but went on to announce that the band is not breaking up, at a show last month. However, since May, Brand New have adopted a logo stating “2000-2018” which has sparked conjecture that the split will happen two years from now.

Florida’s Yellowcard have also announced their split, scheduled for the end of a tour to promote their self-titled album. The announcement of their break up actually came before said album has even been released; “After countless discussions and months of thought, we have decided that it is time for Yellowcard to come to an end. This will be our last album and our final world tour.”

Just last week, Melbourne’s Gypsy & The Cat announced that their third album will be their last, with the duo’s national tour set to be a farewell. The provocative M.I.A, along with Hot Hot Heat, Lupe Fiasco, Mos Def and Ja Rule who have all recently announced “final” albums. As to whether or not they’ll stay true to these promises, only time will tell.

The concept of a final album, or farewell tour isn’t exactly new. But to have planned them as such, so far in advance is something of modern phenomenom. Given that we exist in an era of immediacy, it’s an interesting development in the marketing of music.

Profit making in the music industry has been a continual conundrum for years now; sales are down, digital rules albeit unpredictably, streaming rises but revenues fall. Touring is anyone’s gamble! Everyone appears to be in agreement that the solid venture of an album is no longer viable. And in turn, a single venture as an artist or band is no longer as appealing either. As such, artist identity is assuming a fluidity. Where side projects were once an interesting spin off, musicians move constantly between not only acts, but genres.

A strung out, meaningful ending may be at odds with a current feel for immediate gratification, but the apparent ease of these endings does echo a trend for disposability. Surrounded by opportunity and no longer constrained to choose an idea and stick with it, maybe artists themselves are becoming disposable? We no longer seek to possess physical copies of their music, and in turn why should we hold attachments to the physical entities as we know them?

Posing a more cynical question, could this simply be a more devious marketing ploy to push consumers? Confronted with the idea that a product may be coming to an end, we are all familiar with the instinct to get it while you still can. Are these drawn out demises designed to engage the wandering attention of music fans?

There is a certain chagrin that would have been known by fans of Oasis, The Beatles, Fleetwood Mac or Guns N’ Roses, as their idols fell apart overnight – or on stage. But on the other hand, I don’t know that I will ever be as smug as my own mother as she tells me (again) how she was there, at the Hammersmith Odeon, the night that Ziggy Stardust committed rock and roll suicide.

I would count myself a fan of Brand New, but will I feel that nostalgic sense of loss once 2018 rolls around? With two years to get used to idea, probably not. I’m almost jealous of One Direction fans, the sudden departure of Zayn Malik was something like rock n’ roll history in contemporary culture as fans collapsed in shock! But let’s not be too downhearted, if history teaches us anything, it’s that there will always be a reunion tour at some point.