Since its gargantuan lineup was announced what seems like an eternity ago, this year’s Splendour In The Grass has had everyone white knuckled with anticipation. Surely a lineup this huge would be absolutely silly with those dreaded clashes everyone hates.

Wonder no more, as Splendour have just released their official timetables and event maps for this year: 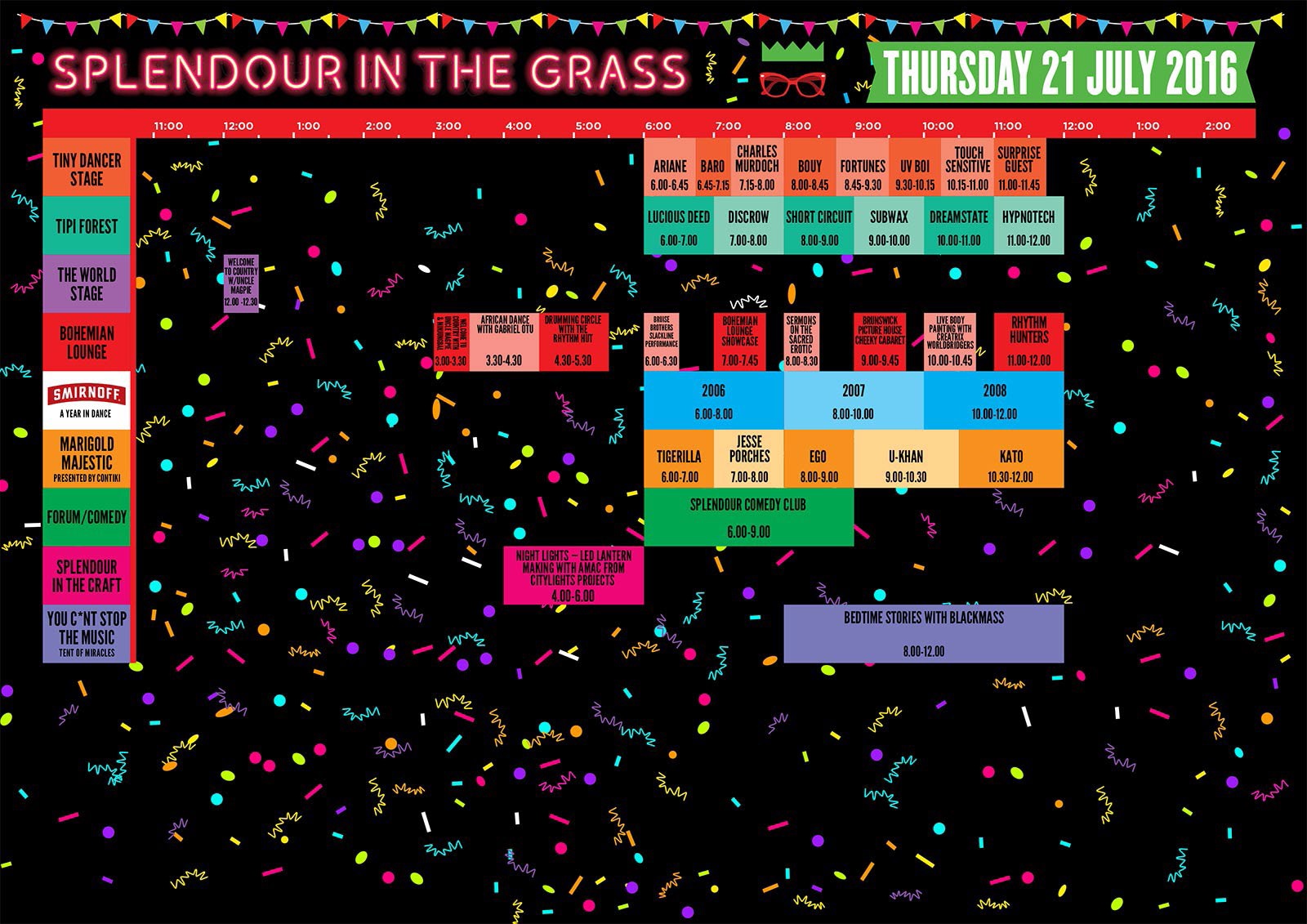 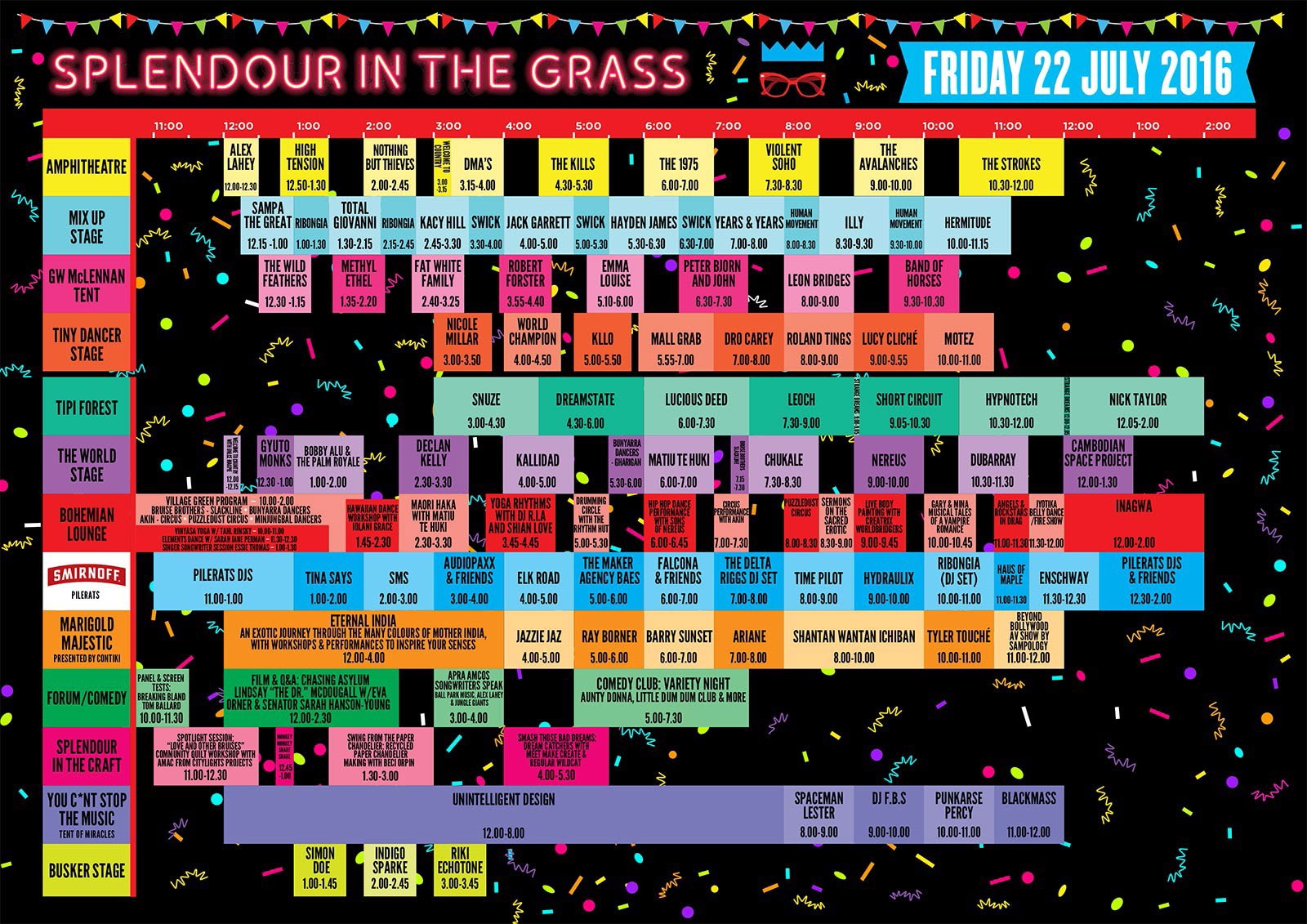 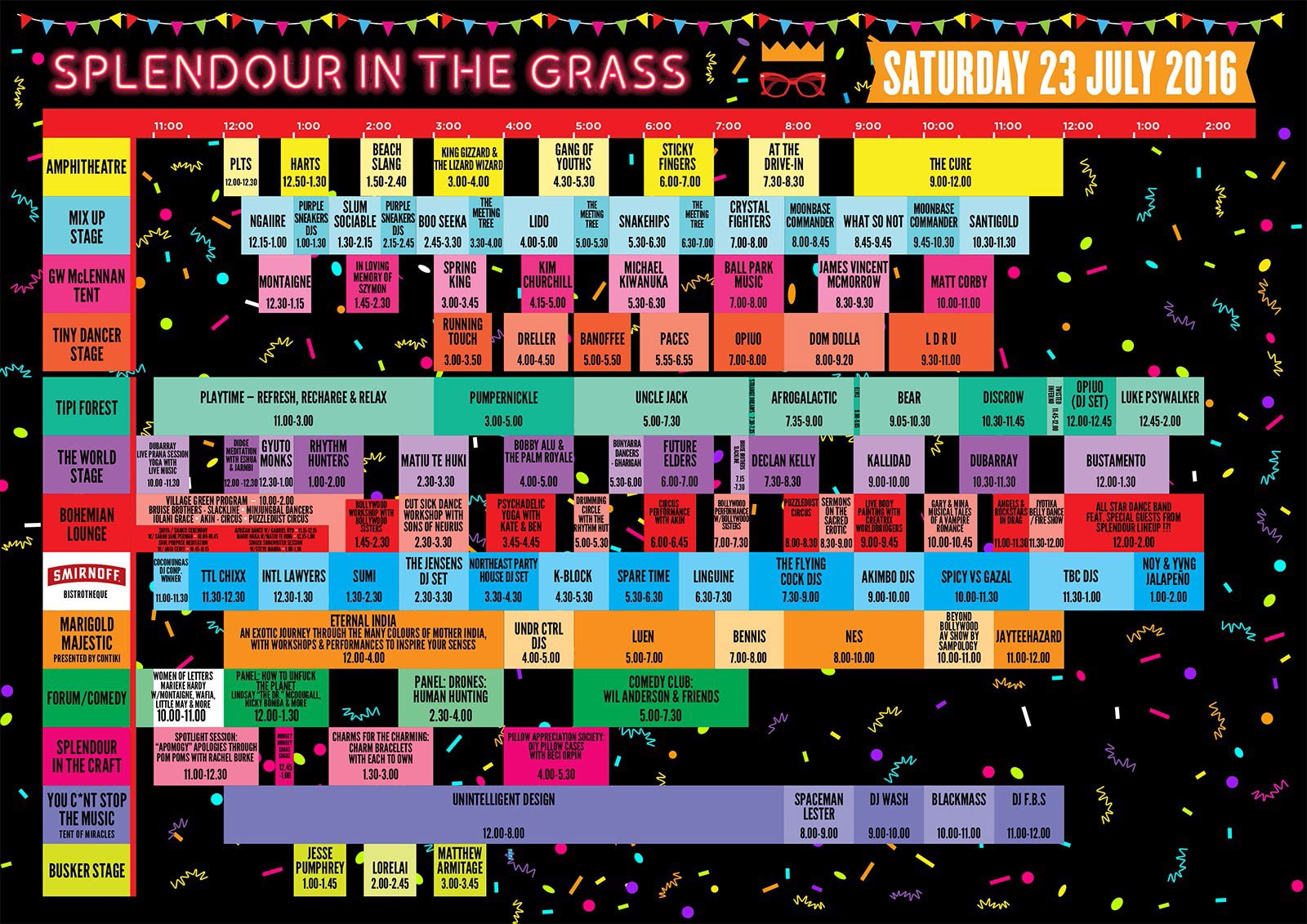 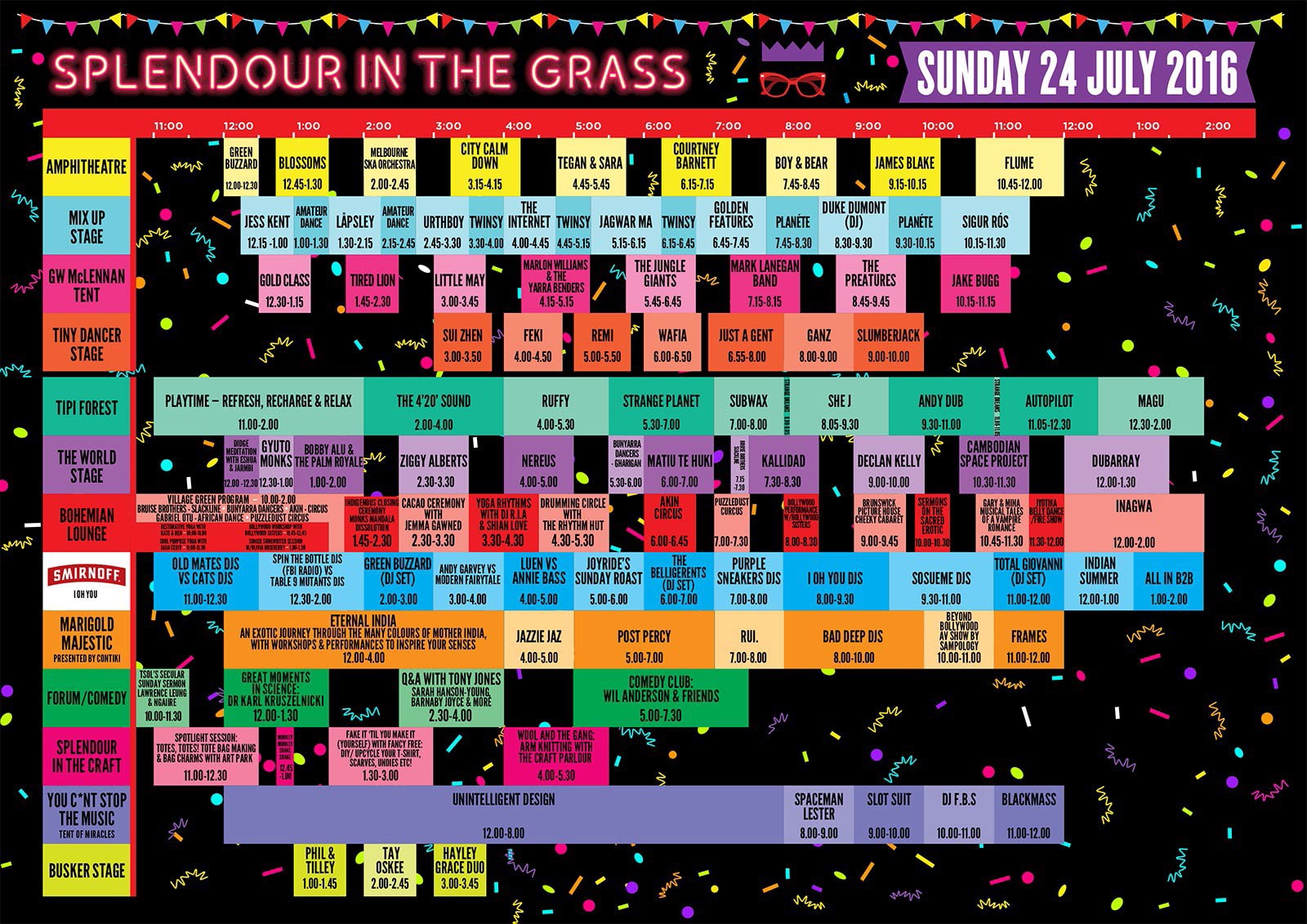 And it looks… kind of civil! There don’t appear to be any huge clashes to deal with here, though there may be no amphitheatre left after the first night, with Violent Soho, The Avalanches and The Strokes going back to back to back (there might not even be one left after those first two alone). The Cure are taking out the award for longest set with ease, they’ll be hanging out with us for a wholesale ridiculous three hours.

Checking out the map, all your favourites (cough, Tipi Forest, cough) are still there as well, with what I count as three “superfood halls” and a stack of different bars to (responsibly) wet your whistle a t. Once again, it looks like Splendour organisers have gone out of their way to give attendees a one of a kind experience in the Australian festival scene.

If you’re still keen to go, you’ve got until midnight next Monday to jump on the official resale facility (the only way to buy and sell Splendour tickets now, no matter what any nut on Gumtree reckons). We’ll see you there!

Check out the fun time we had at last year’s Splendour.