For a band who haven’t released an album in almost a decade, and whose biggest hits came out before most Splendour in the Grass attendees were born, it is nothing short of remarkable that The Cure were not only booked to headline the annual Byron Bay festival, but that they were allocated an incredible three hour slot to do so. This is an unprecedented move in Splendour history, and an impossible role for almost anybody else to fill.

For those unable to attend Splendour in the Grass, Robert Smith and co also announced a headline arena tour throughout the country, and last night, Monday July 25, they lit up Sydney’s Qudos Bank Arena with a dazzling three hour set, including four encores. That may seem like a lot, and for most bands it would be, but it didn’t feel that way at all. 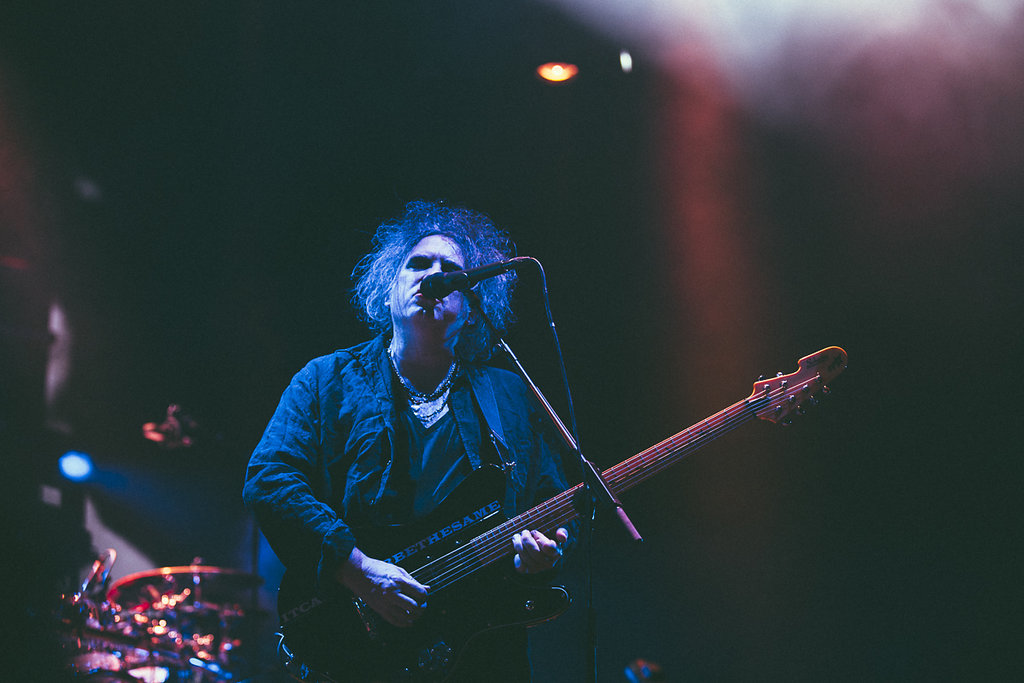 Of course, there was no opening act, and a little after 8 pm, a packed arena of black-clad fans cheered wildly as the lights dimmed. One by one, each band member walked on stage to growing applause. There was almost no audience interaction throughout, and after just a few moments, bright visuals lit up the stage and the band launched into the roaring, rich opener of Plainsong, from Disintegration.

It is immediately clear that The Cure are not a band who you see for nostalgic purposes. There are many bands whose heyday may have been ten, twenty, thirty years ago, who you go to see in 2016 for sentimental reasons; it might be a ‘farewell’ tour or a tour for a new album, which admittedly you haven’t listened to, but you know they’ll play their hits anyway; the singer may have all but lost their voice and charisma, eroded away by the sands of time; you might just want to catch them once, while you have the chance, before they pass away.

The Cure can be attributed to not one of these arguments. For starters, while The Cure are indeed reportedly working on a new album, that’s not the reason they’re touring, although they did play a new song titled It Can Never Be The Same, which was first debuted back in May and went down a delightfully distorted treat. It also wasn’t an anniversary or a strictly ‘best of’ set. That said, they have so many hits that it’d be near-impossible to see a concert that didn’t feel like a ‘best of,’ but if there were any tracks that an audience member didn’t know, it barely mattered; they were all wonderful.

They’re also by no means farewelling the music world or even the touring circuit. While they’re obviously releasing music and touring at a slower pace than they have in previous decades, that’s to be expected for a band in their fourth (!) decade, and it only makes their visits that much more special. Their last full Australian tour was in 2007, although they performed a series of full-album shows at VIVID Sydney in 2011. 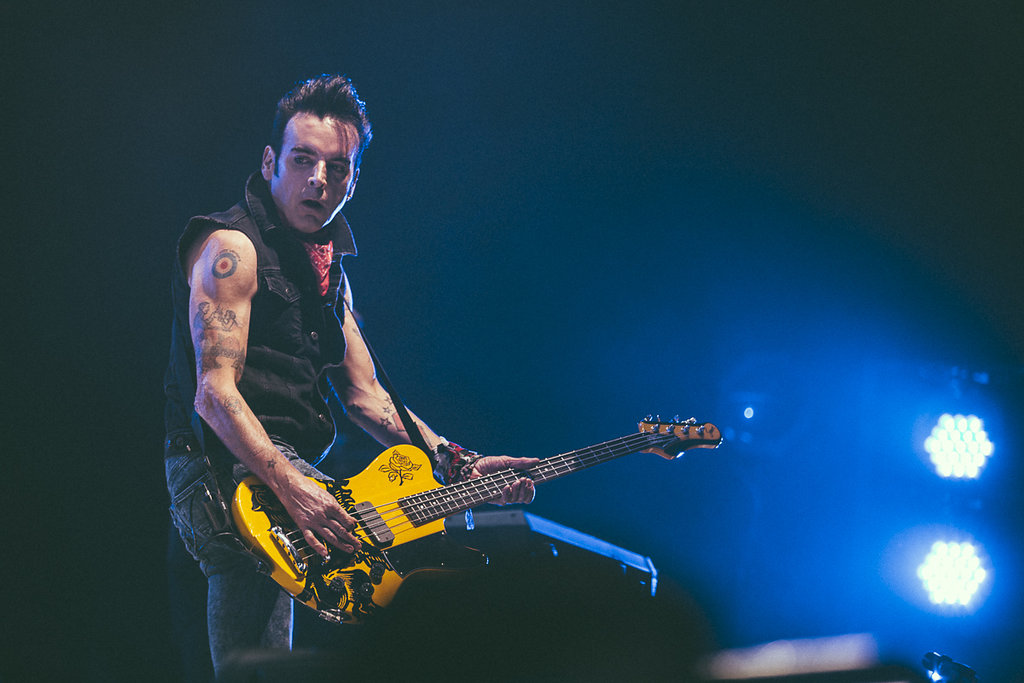 Before we go further, Robert Smith’s voice is un-fucking-believable. I have seen so many older rock acts, often for the aforementioned reasons, many of whom can’t really sing anywhere near how they used to – but you go along because it’s still really fun and exciting, and their weathered vocal chords don’t change the fact that they still wrote those amazing songs. Not so for The Cure. Robert Smith has one of the most beautiful, rich voices I’ve ever had the pleasure of hearing live, a voice that has not aged a day. Every high note was hit, every tone reached with crystal clarity, every long phrase soaring out above and through the captivated crowd.

The set began the same way they’ve begun all recent sets, next travelling to Pictures of You, Closedown, High and A Night Like This. It’s a smart move, one that allows the band to warm up and for the audience energy to grow with well-tested material. But apart from ending their main set on Disintegration and their final track of the night being Boys Don’t Cry, looking at previous setlists offers little insight into what you might be in store for. While they seem to have a core selection of songs played each night with the order juggled around, each concert also sees a handful of relatively exclusive songs (such as the breathtaking Australia-specific Like Cockatoos) as the couple next to me, who adorably had printed out about ten different setlists and were apparently trying to play some kind of Cure bingo, evidently knew. 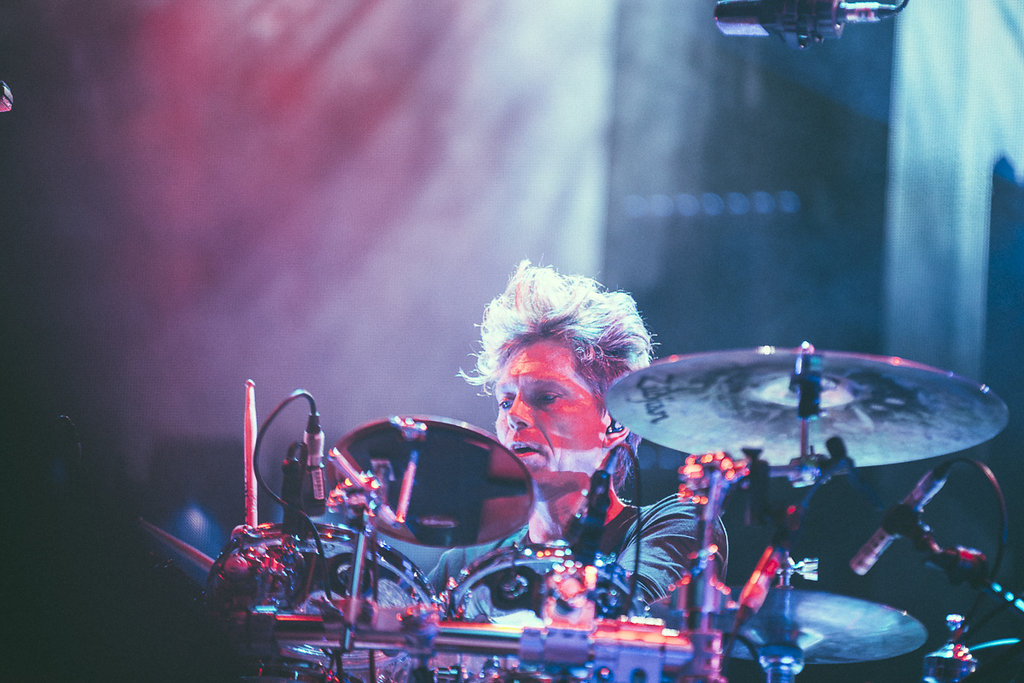 It’s impressive for any band to switch up their setlist so completely night to night, no less an older band with world class lighting and visual cues. Major respect goes to their lighting and visual design teams, undoubtedly kept on their toes every single night. It keeps the set alive and vibrant, it makes the audience feel like they’re watching something unique, and it clearly keeps the band a safe distance away from just-going-through-the-motions territory. The songs all received special live treatment too, with many tracks extending with lengthy opening riffs, blistering guitar solos, and revamped versions that sounded totally different to their recorded originals.

For a band largely considered to be aligned with gothic subculture, despair, loneliness and darkness (and indeed lyrically these themes run free), they have an incredibly uplifting tone to many of their songs, and the energy bounced throughout. Booming drums that often evoke a tribal atmosphere, huge synths and chunky guitar riffs rang across the thousands of fans, leaving us mesmerised by the hypnotic rhythms and melodies. Their repertoire is amazingly diverse; from the rumbles of  All I Want, the lyrically powerful Want, the harrowing One Hundred Years and of course, the thunderous Disintegration, over to the bright, poppy number like Just like Heaven, Hot Hot Hot!! and The Lovecats, watching and feeling how quickly and wholly they brought the entire room’s energy up, down and back again was remarkable in itself.

It takes a special kind of band to be able to command an audience’s full attention and energy for three hours on a Monday night. A few people began to leave after the main set, and more still throughout the first, second, third and fourth encores, but the vast majority of people stayed until the very end. They managed to keep their set alive by so much more than their music – the spectacular, beautifully colourful light displays and visuals, the band’s energy, and the diversity of the set allowed three hours to fly by far quicker than I had imagined.

The Cure are undoubtedly one of the most influential groups in rock history, and the chance to see them play so brilliantly in 2016 was a real honour and an unforgettable experience.

View our full photo gallery of The Cure in Sydney

Encore 1
It Can Never Be The Same
Burn
A Forest

Encore 4
The Lovecats
The Caterpillar
The Walk
Close to Me
Why Can’t I Be You?
Boys Don’t Cry