Many artists might find it challenging to not only pull a sold out crowd, but to capture a crowd’s attention with a debut album that they’ve been spinning for two years. But Glass Animals are not your average band. The Oxford-based four-piece arrived in Australia last week for a quick run of concerts ahead of their new album How To Be A Human Being, having last visited the country in January 2015. Following sets in Melbourne and Brisbane, Saturday saw them perform to a heavily sold out room at The Metro Theatre in Sydney.

From the moment we walked in (which admittedly was a tad late, unfortunately missing opening acts Lastlings and James Crooks), the place was heaving, and it only steamed up from there. By the time the band came on, immediately launching into their recent single Life Itself, the venue was more of a nightclub than just a normal concert. People danced and moved, nobody idly stared at the stage. The atmosphere was infectious; it’s not a feeling you find that often while seeing an indie band – especially not at a venue like the Metro.

From there, they launched into Zaba tracks Walla Walla, Hazey and Exxus, before delivering their biggest song to date – Gooey – surprisingly early. I have seen probably hundreds of shows at this venue over the past decade, and I can honestly say that I don’t remember a crowd this loud, this enthused, this excited. Again, this is remarkable considering the band aren’t even releasing their second album for another six or so weeks yet. 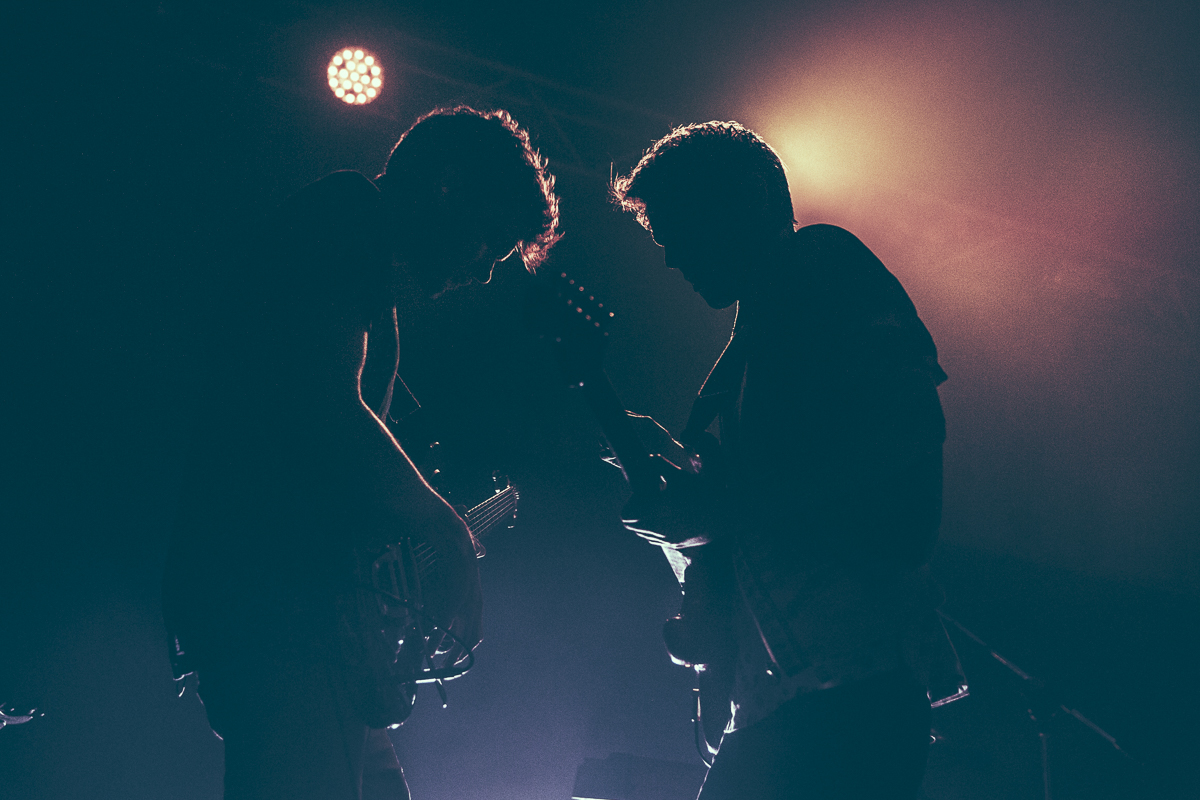 To be fair, Glass Animals haven’t been entirely absent from our minds; last year they released two standalone tracks, the phenomenal Joey Badass collaboration Lose Control, and the cover-mashup-sample-thingy Gold Lime, which drew from a Yeah Yeah Yeahs song and an Erykah Badu sample. On top of this, of course, is the recent release of their new single and video, album details and more. But the fact is that I’ve more or less seen the exact same set from these guys three times in two years, and it only gets better every time.

At one point, frontman Dave Bayley addressed the crowd: “This is the last show of our tour – and it’s also Saturday night,” encouraging the audience to run with it, to go wild, to dance – and indeed their seductive rhythms and earthy percussion absolutely invokes that uninhibited, tribal feel. The audience kept feeling like it was reaching fever pitch, only to top it even further; we couldn’t help but continuously look around in amazement at the endlessly billowing cheers and applause.

Following the encore, the band returned to deliver their stunning trip-hop cover of Kanye West‘s Love Lockdown (PS read our feature on 808s & Heartbreak), at which point Bayley entered the crowd and walked all the way through, sending the entire room into even more of a frenzy. Like I said, I’ve never seen The Metro this wild (okay except for that one time I saw some dude punching cones from an actual bong in the middle of the mosh at Ghostface Killah).

Note: after the show, Bayley commented that during this part of the show, as well as whenever he neared the front rows of the crowd, the audience at this gig were particularly gropey, which was upsetting to hear. He noted that the crowd surrounding him couldn’t keep their hands off, and that it was actually discouraging him from that kind of crowd involvement. This is such inappropriate behaviour, guys. It’s the kind of physical invasiveness that we’ve written about extensively before, and it needs to be noted that it makes no difference whether you’re male or female, punter or artist: don’t touch other people if they don’t ask you to. Don’t grab other people’s bodies and bits: being slightly more anonymous in a crowd of people does not make it okay. It’s offensive, it’s disheartening and it’s just plain gross. Had it been a woman on stage, this would’ve been considered assault –  and realistically there’s no difference just because it was a man. 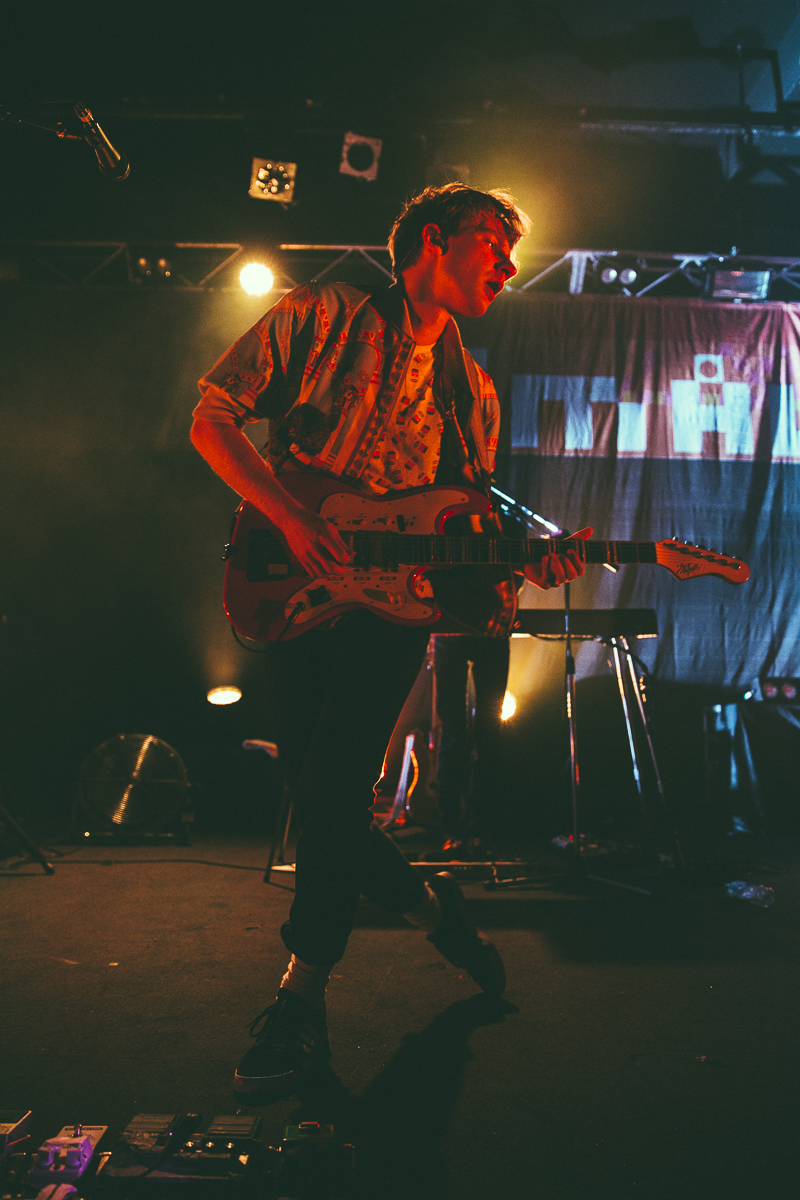 Bayley has a phenomenal stage presence, engaging and enjoyable from start to end. His chemistry with the rest of the band and the audience is unparalleled. Collectively, the band are able to bring to life music that already feels so familiar, and while any band with only one album faces obvious limitations during a headline set, they manage to create a fresh, fun atmosphere over and over again.

When I last reviewed Glass Animals live in January 2015 I wrote this: “It can be daunting to catch a band who you’ve listened to so many times over the past year, but Glass Animals didn’t come close to disappointing. They dazzled, they delighted, and I can’t wait to see them again.” A full eighteen months later, I can literally say the exact same thing. The band are set to release their highly anticipated sophomore album How To Be A Human Being on August 26 and I can’t fucking wait. 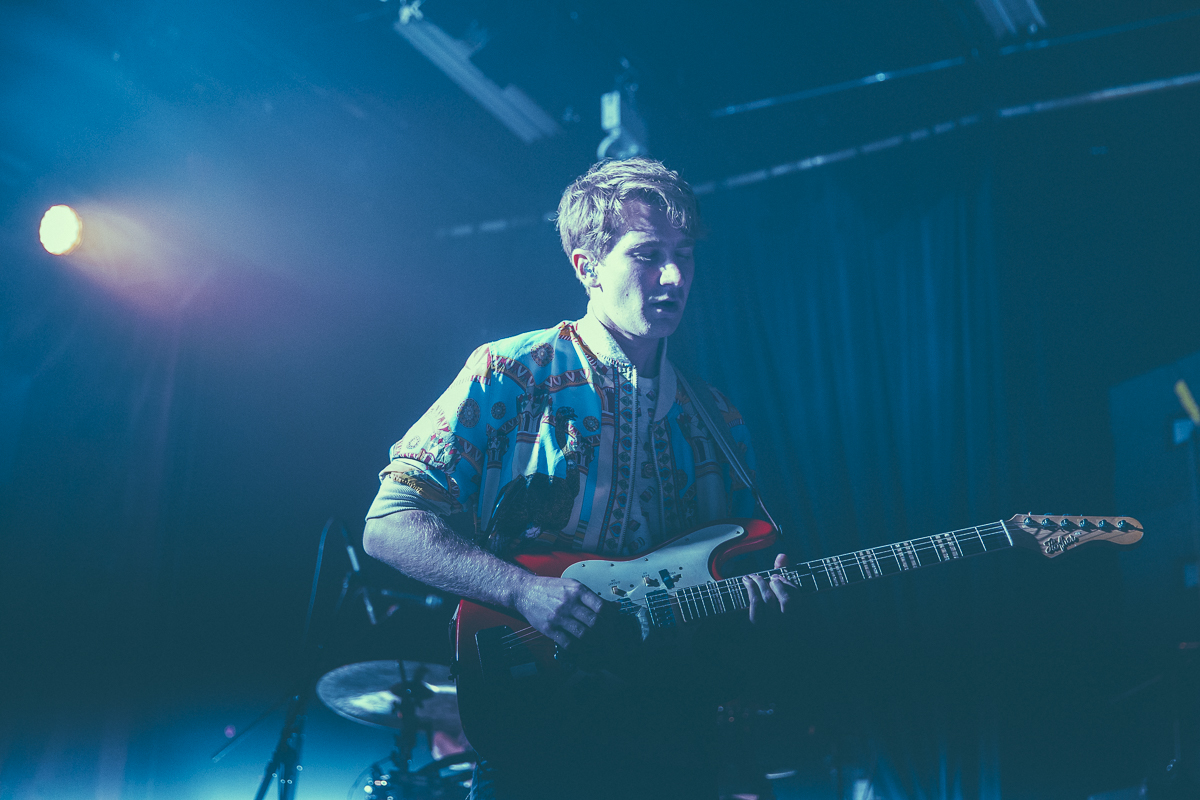