Some people really have a knack for turning situations to account, but few people succeed in really making incarceration work for them. Gucci Mane has not only reportedly made a cool $1 million while he was incarcerated, he also seems to have transformed his personal life. The 36 year old rapper made no secret of his addictions to alcohol and drugs in the past, in fact he was more likely to extol the lean lifestyle. These days he is preaching sobriety and self help.

Having moved from a federal prison to house arrest at the end of May this year, Gucci is serving the final months of a sentence for possession of a firearm by a felon. He’s also been working hard on his music, and today has come the release of his new album Everybody Looking, which was recorded in just six days. In a new interview with the New York Times, it becomes apparent that he is aware of exactly how lucky he’s been to serve just three and half years; “I knew that these people was trying to give me 20 years, 30 years… I dodged a life-shattering moment, damn near a career-ending injury.” 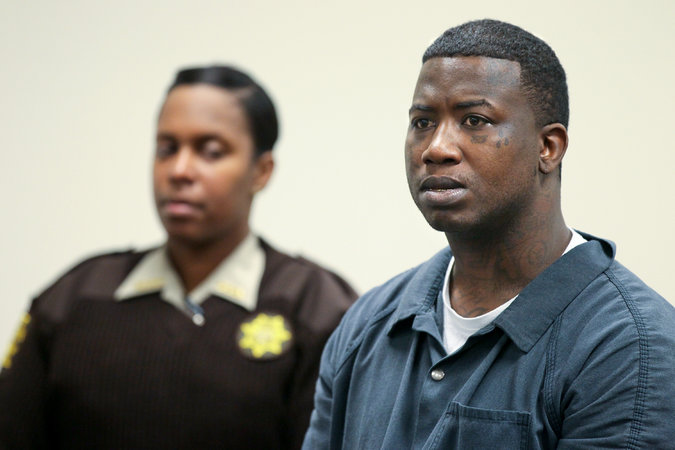 In the same interview, it also seems that Gucci’s stint in prison was a lucky – if unpleasant – break from his addictions. Describing how he attempted rehab previously, it was only at the start of his recent incarceration that he finally decided to truly kick the habit. Speaking of the initial withdrawal, Gucci likens it to “Death.” Continuing that “It feel like death. Your body just craving lean bad. Stomach tore up, can’t think straight. Just mad at the world. Temper so short, so violent, so aggressive. So just rude and toxic.”

Smoking weed and drinking alcohol was at the centre of Gucci’s formative years, add in lean (a drink with with prescription-strength cough syrup) since the age of 21 with the occasional pill or dose of ecstasy. He tells how he felt like he “couldn’t make music sober… I associated everything with being high…. In hindsight I see it for what it was: I was a drug addict. I was naïve to the fact that I was numb.”

Turning to exercise and prayer, the Bible and Deepak Chopra in prison, Gucci appears to have turned his physical and mental health around. Despite constantly referencing his wealth and success, his newfound appreciation for sobriety could well spell even further growth for the influential rapper. Todd Moscowitz, of his management team, comments how “Every single time that he was about to break through is exactly when he went back to jail.”

His transformation is accompanied by a decent amount of self realisation, talking about how it’s not only “tough to be a Gucci fan,” but that “It’s been tough to be a Gucci friend, a Gucci sibling, a Gucci girlfriend or a Gucci partner. I done took people through a lot, man.” Now on his way to freedom, he’s intent on focusing on himself and his music. 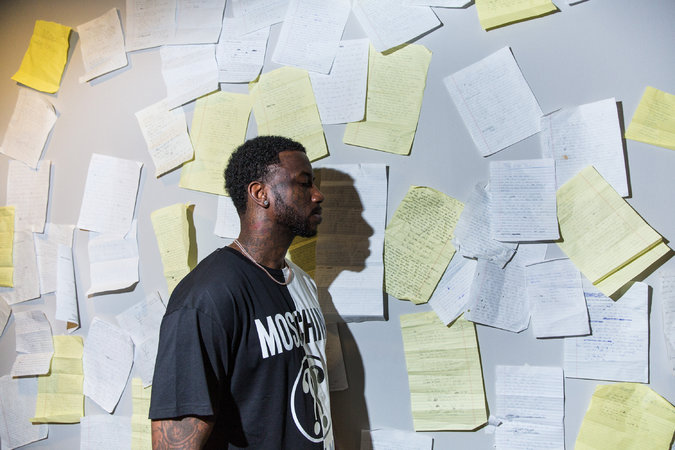 He’s already laid down and released tracks since commencing house arrest, featuring artists like Kanye West and Drake, and the fifteen track Everybody Looking is available now – you can stream it below. With a room in his house papered with lyrics written in prison, Gucci holds a reminder to himself. “I made like a pact to myself: When I get out, no matter what happens, I must record these songs,” he said “It was so real when I wrote it.”