A divisive and prolific artist since the word go, Lil Wayne is possibly rap’s most popular guest. There doesn’t appear to be a world record for this feat, but those who doubt whether Wayne would take the title could be shut down with just one look at this new website. A Redditor, named doogywassa, has painstakingly compiled every single feature spot from Weezy into one place.

With entries spanning from 1997 until the present day, it’s an astounding catalogue that covers nearly twenty years and any number of incredible tracks. Going back to Nelly and Birdman collaborations in 2002, trawling through the site is like a walk down memory lane. From Notorious B.I.G to early Kanye, Fall Out Boy or Bow Wow anyone?

Dusting off classics like Destiny’s Child Soldier and Eminem’s Drop The World, you can skim through obscure early years or unreleased tracks as well as recent releases and interviews. Doogywassa has done an impressive job, but there’s still no way to know if this site accounts for every entry from Lil Wayne’s vast career.

Another initiative spawned by the infamous Reddit, you can also check the reactions and comments of other redactors here. As always the thread covers some intelligent points, from stylistic musings…

To other suggestions as to how to categorise Weezy’s achievements… 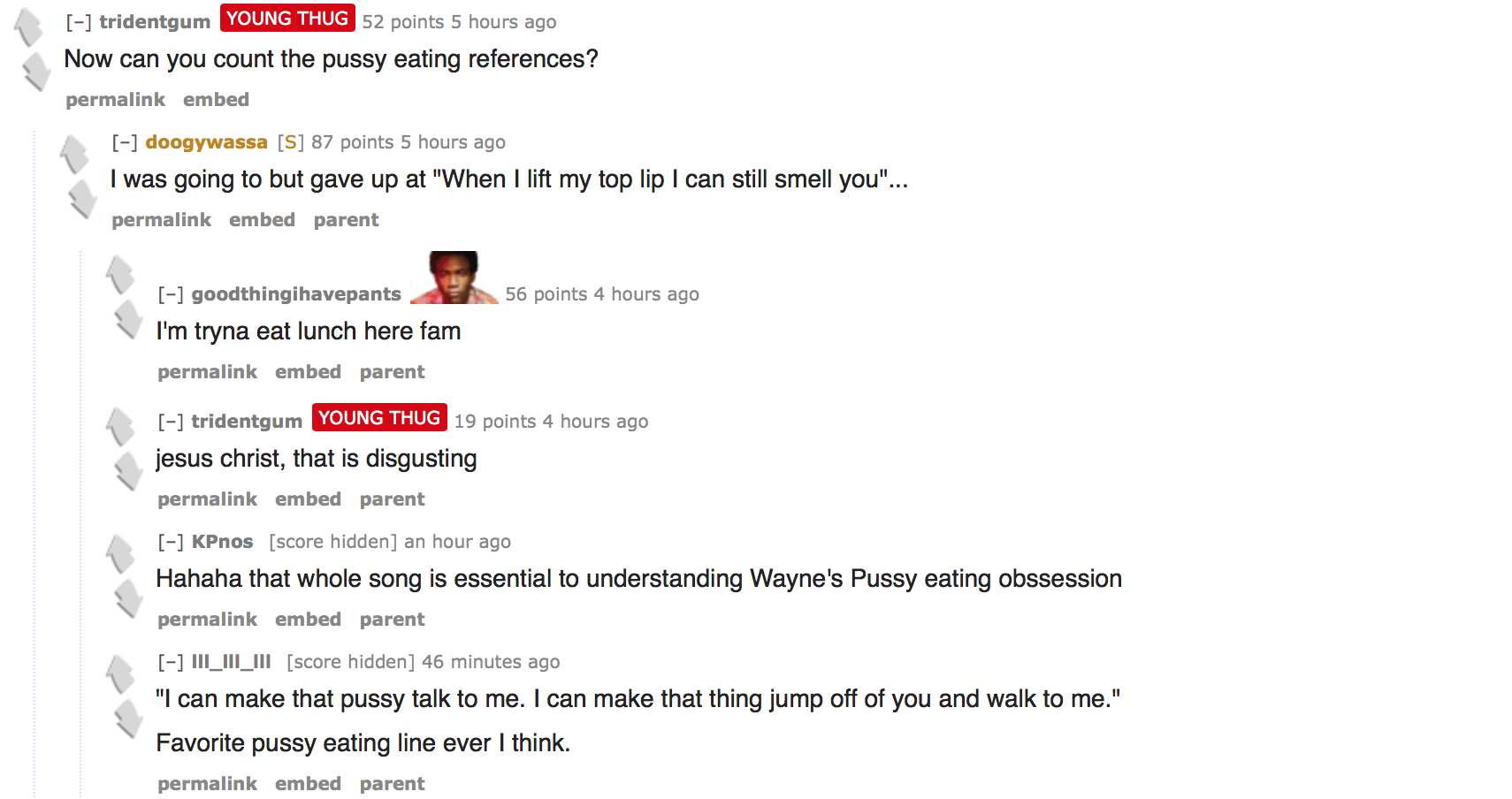 It appears that the hard working doogywassa has also created other hip-hop catalogues. Check it out here for an actually decent amount of content for artists like Tupac, Drake, Kendrick Lamar and more.