Since Kanye West released the visuals for his already-controversial track Famous, a tonne of conversations have cropped up surrounding its intent, artistic merit (or lack thereof), politics, morals, and fallout. The basic upshot? There’s a lot to unravel, and there’s nothing.

If you haven’t watched it, here it is:

The video just pans across that image for ten minutes. Ten minutes and forty-four seconds to be exact – more than seven minutes of which is dead silence.

In an interview with Vanity Fair, West has asserted that the video is “a comment on fame,” and that including certain people is “not in support or anti any of [the people in the video],” no doubt referring to Trump, Brown, and Bill Cosby, about which West tweeted “BILL COSBY INNOCENT!!!!” to widespread criticism a few months back.

As yet, there’s little elaboration on what that comment might be, but despite the nudity of all 12 figures in the video, it doesn’t seem sexual. Kanye made very clear to Vanity Fair that “we were very careful with shots that had [something] sexual to take them out.” At least on the surface, the inspiration for the video came from realist painter Vincent Desiderio’s 2008 work Sleep. For his part, Desiderio has stated that he sees the video as the result of Kanye taking his painting “to a brilliant and daring extreme,” while Kanye’s other primary influence on this piece is artist and sculptor Matthew Barney, whom he referred to as “my Jesus.”

The response has been instant, and huge. Some, like Lena Dunham, have expressed outrage. Others have praised it as his most important art piece yet. Complex called it powerful and though-provoking, while Paper, the magazine who notoriously broke the internet with Kim K’s derriere, praised it as “Unsettling and brilliant.” Others still, like Pusha T, have provided a more level-headed response, commenting, “I love the way that Kanye commands the attention of everybody. He always wins when it comes to that.”

So, what do we think? Is this art? Cheap titillation? A publicity stunt? All of the above?

It’s provocative, sure. But is it actually controversial and shocking? No. Especially not from Kanye West. From the Bound 2 video to his now-iconic interruption of Taylor Swift at the 2009 VMAs, controversy runs in Yeezy’s blood, and that is why we love and/or hate him. Furthermore, we’re desensitised to nudity. The nudity is not shocking. The main reactions are a comment on its gratuitousness, and discomfort during moments like a close up on Bill Cosby’s face.

As a publicity stunt, critics, journalists and celebrities have chomped away hook, line and sinker. In case you had any doubts that this was for publicity, refer to West’s now-deleted tweet in which he challenges anyone wanting to sue him. “Can somebody sue me already #I’llwait,” he wrote, essentially confirming that this was tailor made to challenge and incense.

The video has launched a myriad think-pieces and extreme reactions in both directions. In that sense, it has merit in being a conversation starter. But does that make it artistic and respectable? Do the ends justify the means? Kanye West can be provocative and conversation-starting in many ways, from his music and lyrics to outlandish antics. It’s quite strange to conceptualise, but the fact that this video feels controversial and confronting is not because of its content, but because so many people have been calling it controversial and confronting. It is provocative, without question. But is the ability to outrage and scandalise, or simply the ability to provoke debate and question, really to be considered artful and important anymore? Being provocative in 2016 is a necessity, not a quirk. Standing out and being controversial is one of the very few ways that celebrities can maintain relevancy and attention. Kanye West is phenomenally talented at being that person, but that doesn’t mean that this is meaningful or important in an artistic sense.

The Famous video is Kanye West’s #BreakTheInternet. It’s his version of Kim’s shiny bottom gracing the cover of a magazine and starting a hundred thousand conversations about what this means for popular culture. Much like Kim’s bum, it’s a conversation starter, and a titillating look at some of the most talked about people in the world. There’s nothing wrong with that, but also like Kim’s bum, it’s not there to be overanalysed and debated. It’s not cryptic, it’s just a bum. Famous isn’t mysterious or compelling, it’s just a video of some famous people who have had famous interactions with Kanye West… and their bums. 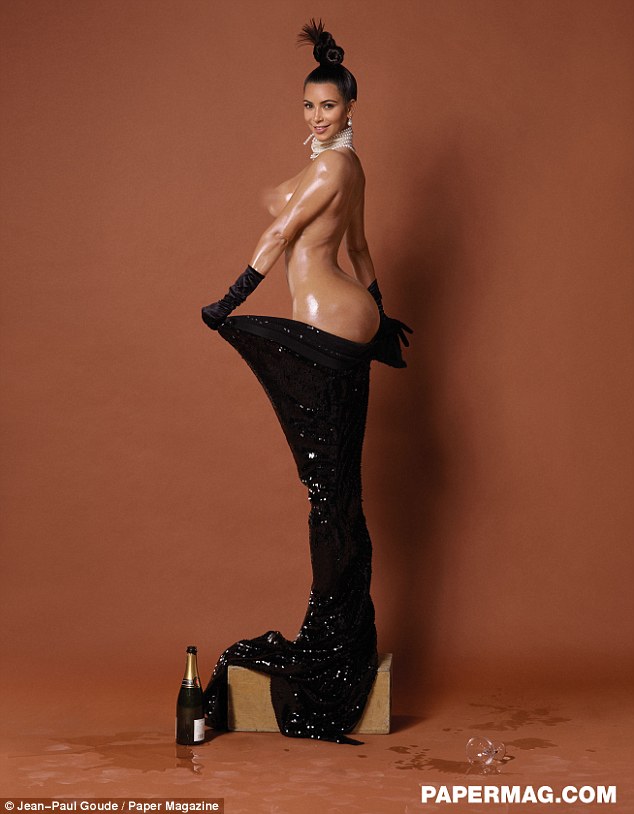 For Kanye West, any publicity is good publicity, and it worked. He broke the internet. If you search the word “famous,” articles about this song and video populate at least the first two pages of Google. More than that, parodies and spoofs have now started emerging, a fact which in itself further cements the impact of this video.

While the rest of the world have reacted to the video, those featured in the clip have been either silent or indifferent. George W. Bush’s communications director and personal aide commented that the former President is actually “in much better shape” than his portrayal; Chris Brown lamented that his wax counterpart had a “plumber’s crack” on display. Ray J’s manager told TMZ, “If they didn’t show Ray J with his dick in Kim Kardashian’s mouth, then tell Kanye to go back and reshoot that shit.” Some accounts report that Swift is “horrified,” “bewildered,” “betrayed” and even “livid,” but no official word has come out, and it’s entirely likely and indeed probable that there won’t be one, particularly considering the recent reveal that her “criticism” of the song’s lyrics was only for show.

The people depicted in the video aren’t suppose to induce sympathy or love or relatability, and they certainly aren’t supposed to wholly represent pop or celebrity culture, or even fame. Simply put, once again, these are just people from Kanye West’s life, people who relate to a particular significant event or era in Kanye’s life. That’s all. Literally, that’s it. It is not a grandiose overarching statement about fame and the entirety of the world of celebrity. Kanye West is famous, and this video depicts other famous people he’s interacted with. They happen to be naked and asleep, that’s all.

Perhaps the only other point worth mentioning is that Desiderio himself has commented on the video, saying, “”It became apparent that, unbeknownst to me, a remarkable collaboration had occurred… “We concluded that our minds were clearly operating on the same wavelength, albeit from different transmitters.” If art is in the eye of the beholder, does one artist’s positive affirmation make it any more valid as an art piece?

The closest we have so far to an impassioned negative reaction from one of the celebrities depicted comes from Lena Dunham. Dunham was not, herself, in the video, but is famously part of Taylor Swift’s ever-expanding girl squad, and has gone on record to call it “sickening” despite her self-professed love of Kanye, Kim, and their respective empires. She contextualises her point of view through the prism of rape culture and the current climate surrounding events such as the disgustingly light sentencing of Brock Turner to explain her discomfort with the video. She does have a point – if someone made a nude wax figure of me and uploaded it for millions upon millions to see without my permission, I’d feel endlessly violated. But the point is that it’s not me, I’m not famous. The famous people in the video have their lives, and bodies, picked apart by media vultures so often and so relentlessly that this video may well have no impact on them at all. Indeed, the fact that everybody but those involved are reacting strongly, may well be the most fascinating takeaway point about this entire video.

At the end of the day, the clip itself doesn’t have a lot to offer. It’s relatively shallow and straightforward. What does have a lot to offer is the fallout. The feminist essays, the shock-jock talk back radio pieces, the Reddit forums, this article and the countless others like it. The conversations that are shooting off in a million directions at once in the public domain are where the really interesting stuff is. Kanye West may or may not walk away from that judgement feeling satisfied, but at this point, we don’t really care.