Electronic duo Set Mo have been on the up and up in recent months; it’s likely you’re seeing their name all over the place, and for good reason too – the Sydney pair of Nick and Stu have been busy crafting a unique identity for themselves, creating brooding yet dance-ready tunes that have caught our eye (and ear) time and time again.

Their latest release, Comfort You featuring Melbourne’s Fractures, has been heralded in by a fresh set national tour dates, which you can check out below.

We wanted to get to know the music behind the men, so we asked Set Mo to share three albums that changed their lives.

The first time we were properly exposed to the greatness of electronic music was when we turned 18 and started going clubbing in Sydney. I was lucky enough to see Booka Shade live about a year after this album came out and it completely changed the way I perceived electronic music. It showed the live aspect could be just as prevalent as in a rock band but in it’s own unique way. In White Rooms is an absolute masterpiece. It would have to be in my top 5 electronic tunes of all time. It’s a massive, progressive, euphoric number that is so hooky even though there is no vocal.

Mandarin Girl was another huge cut from this record but the album opener, Night Falls is also right up there. It instantly hooks you in with its big bass line and almost rock type drums.

This album doesn’t follow any formulas. It’s hard to describe what genre it is as there are so many different sounds. I think the reason this album changed my life is it really showed me that you don’t have to follow any rules in electronic (or any) music which really excited me then and still does now!

The Prodigy – The Fat of the Land (Stu)

This was the first album I bought and the first dance/electronic act I was ever into. Prior to this I was only listening to really heavy rock and punk so it was a good bridge into dance music. Once I’d heard the sounds on this record I was sold and there’s really been no looking back since. The energy on tracks like Smack My Bitch Up and Firestarter blew my mind with their huge breakbeat drum grooves.

Besides those obvious hits Diesel Power really stood out to me. It’s one of the slowest tracks on the record but has so much drive and forward momentum with its huge drums.

Then there’s arguably the biggest track on the album, Breathe. Such a bloody tune. The hooky guitar riff that runs throughout and that instantly recognisable lead, I would’ve listened to this track for hours on repeat!

Nick: This album came out when I was 13 years old and I still remember it very well. I was living in New Zealand at the time and my dad bought the album and we’d have it on in the car while driving around hilly Wellington. I remember the songs have a real impact on me as each one evoked such emotion. There was down moments and up moments. More driving beats and some very laid back ambient ones. The fact that I can still distinctly remember those initial feelings I had when listening to it makes it safe to say this body of work had a lasting impression on me. It’s almost impossible to pick a favourite from the album but Porcelain would be right up there.

Stu: I have vivid memories of listening to this album in the car with my family on the way to a Leunig exhibition as Leunig had just animated the film clip for Why Does My Heart Feel So Bad. This album has stood the test of time still getting regular spins on my iPod! 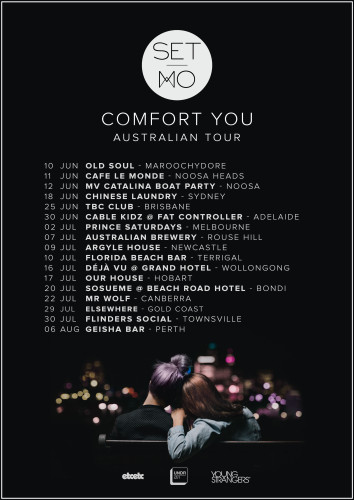