To some lucky people living in Oxford (and one very unlucky megafan stuck at work), this just happened.

Although there’s little more context than a single text and photo, yesterday, Thom Yorke reportedly played for half an hour at his neighbour’s garden party in his hometown of Oxford.

Posted to Radiohead’s dedicated Subreddit was the following text from one user’s dad: 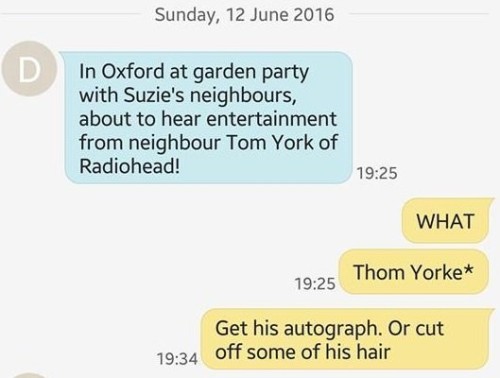 This set of a chain reaction of fans freaking out, demanding setlists and footage and so on. According to the Redditor named verylittlesound, the set list apparently included the tracks Desert Island Disk, No Surprises, Street Spirit, Reckoner and I Might Be Wrong, noting, “bless my father for running around asking people.”

No further footage is available and it’s pretty unlikely that any will surface, but one incredible photo has been captured to prove that this incredible moment did in fact take place: 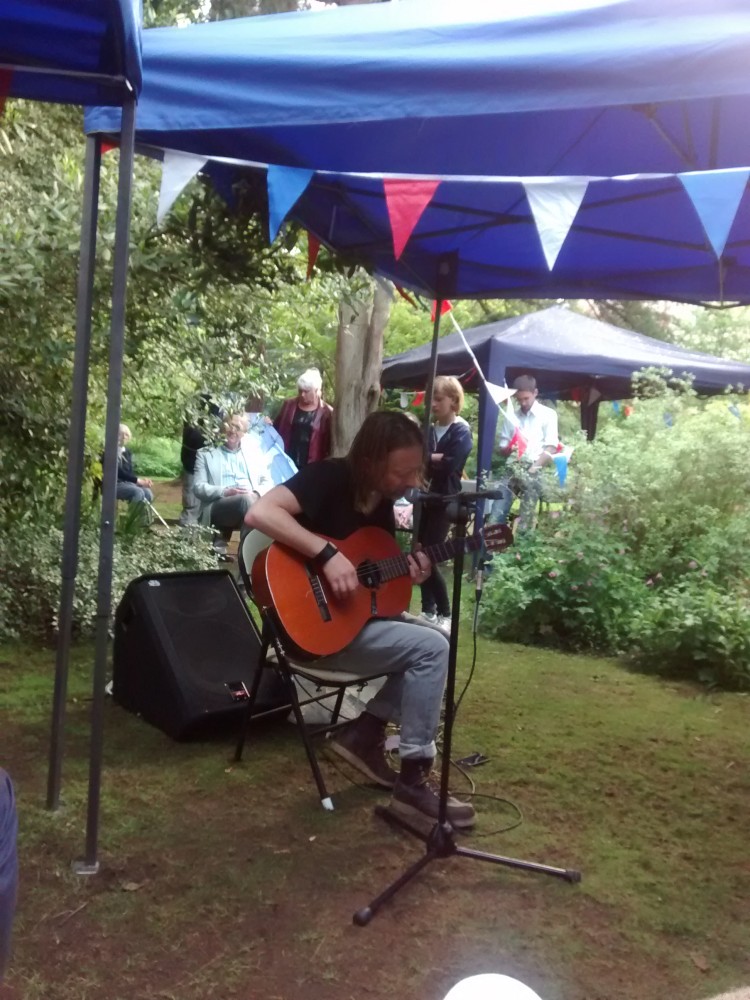 This isn’t the first time Yorke has played random surprise sets to tiny crowds. In 2014 he played a DJ set to around 30 people at a festival in Cornwall, and is quite well known for playing surprise sets, including at Sydney’s Goodgod Small Club back in 2012.

It’s really cool to see him take a break from stadium shows and sell-out festival headline sets; to play to a tiny crowd of unassuming folk who may not have even the slightest clue who you are, could well be a huge relief and a lot of fun for someone at his level.

Frankly I don’t care if I get to see him in front of 30 people to 30,000, I just really, really want Radiohead to announce a new Australian tour.

Read our review of Radiohead’s A Moon Shaped Pool here.

Read our interview with the London Contemporary Orchestra who recorded A Moon Shaped Pool.