It was only so very recently that reports surfaced suggesting that Post Malone had rejected a place amongst 2016’s XXL Freshman List due to his intention to move away from hip-hop and more in the direction of country and rock, genres showcased on Malone’s recent single Go Flex.

Today, however, Post Malone himself has taken to Instagram to respond to the reports, which began in turn as a result of a statement from editor-in-chief of XXL Magazine Vanessa Satton, who herself was responding to criticisms of XXL’s Freshman List failing to include Post Malone. Rejecting the rumours and theories of his departure from the hip-hop genre, Post Malone’s statement instead covered not only the debunking of premature and false rumours regarding his future with hip-hop, but echoed common industry sentiments in rejecting the pigeonholing of genre and artistry. 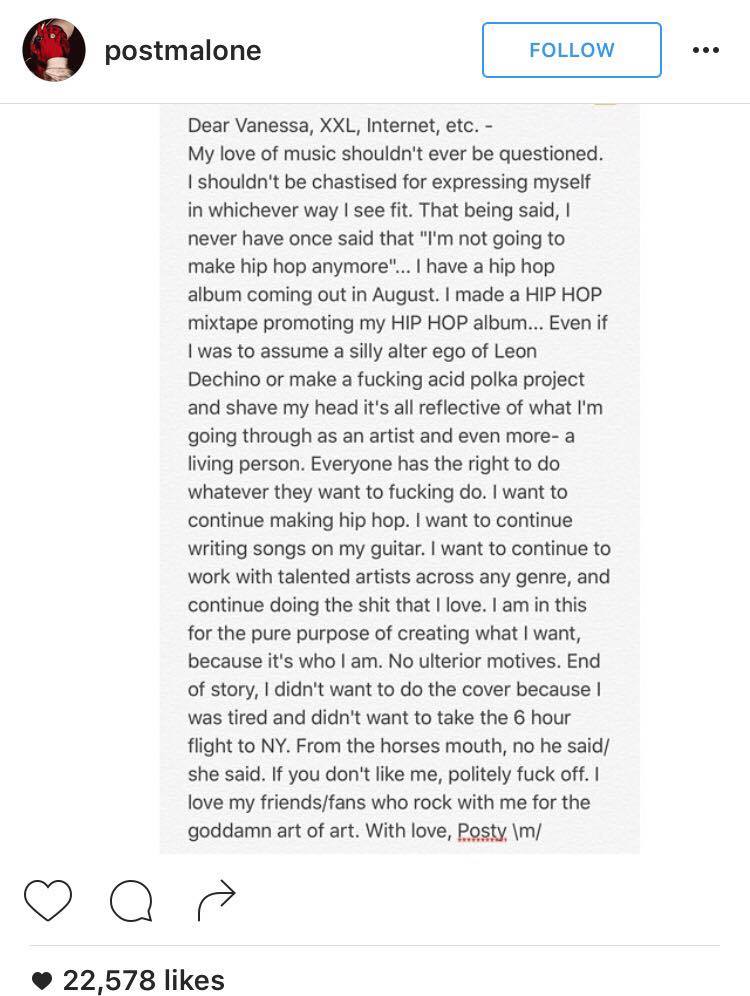 With this statement, Post Malone has in turn done a considerable service to music and artistry as a whole, exposing the ridiculousness of rigid genre constraints and constructs that formerly abounded music. The idea, of course, that musicians should exist only in one genre is considerably outdated and extraordinarily constrictive with regard to the potential for music as a contemporary artform, and these proposed limitations are in turn destructive to genuine innovation within the same. Vanessa Satton, for her own part, offered a response to Post Malone shortly afterwards which better imitates a deflection of blame while maintaining the idea of genre as a box within which to contain an artist. 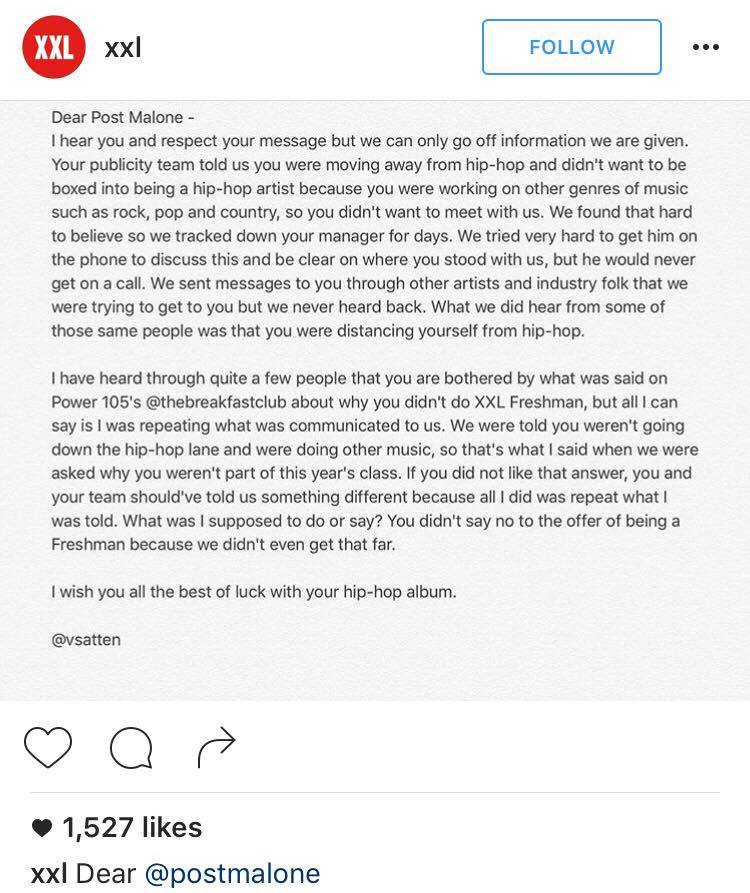 It remains to be seen just where Post Malone intends to go from this point moving forward, nonetheless one must respect his ideals of innovation and experimentation with his art. It is so vital for music that attitudes such as this are encouraged and fostered rather than rejected and made mockery of. Ingenuity within music is, after all, the lifeblood that drives the artform forwards.

We see you, Posty!