What do Matt Corby, Peking Duk, George Maple, City Calm Down, Ngaiire, Boo Seeka, Bad//Dreems, and Vera Blue all have in common? For one thing, they’re some of the best musical talent Australia is offering up right now. For another, they’re all on the line up for this year’s Maroochy Music and Visual Arts Festival (MMVAF) on the Sunshine Coast.

Running for a second year, MMVAF is a spectacular destination event with a main-stage set up in the natural amphitheatre at the old Horton Park Golf Course.

An eclectic compilation of entertainment, MMVAF promises to be an immersive arts experience and so far, it seems like it isn’t exactly going to fall short of expectations. Offering up some fancy az treats, there’s going to be a damn Champagne & Oyster Garden, complete with local jazz-pop chanteuse Inigo, shoegaze duo Forevr and Melbourne’s BATZ.

On the art side of things, electro musician Bertie Blackman will be showcasing her visual creativity alongside a specially commissions installation by Amanda Parer. Described boldly as being “giant” and “luminous”, the Fantastic Planet series will debut at MMVAF before touring around the globe. 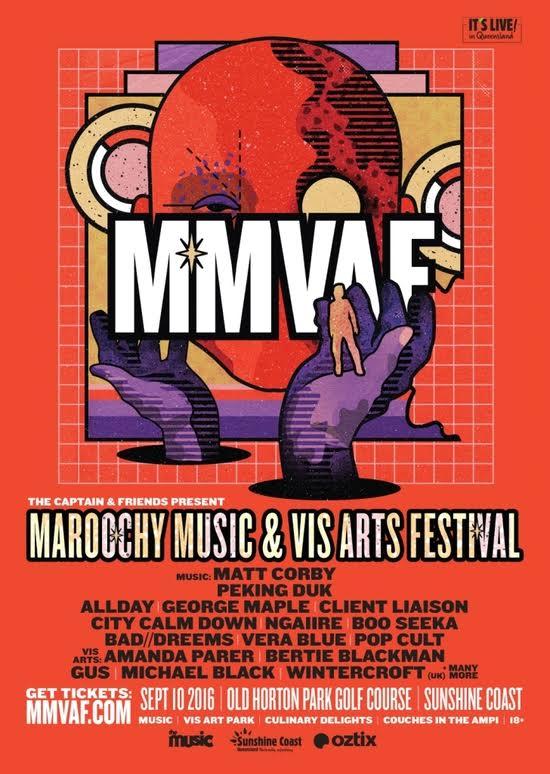 It all goes down on Saturday the 10th of September and you can get yaself some tickets via the official website.