Melbourne hip-hop artist Seth Sentry is readying himself for a fresh 16-date tour in support of his new single 1969, the latest offering from his 2015 album Strange New Past. Complete with a White House-themed video clip and conveniently timed political news to boot, Sentry will be kicking off his tour later this month in Ipswich, alongside support from running mate Remi.

As we have continuously been documenting, today is a really, really exciting time for hip-hop in Australia. Seth has been around for longer than many, a crossover mainstay who began as a battle rapper, and now enjoys success with radio play as well as within the broader hip-hop community. A masterful wordsmith, playful, dexterous and clever with his rhymes, rhythms and influences, he brings a kind of energy and originality to the genre that’s been incredibly influential in terms of lyrics, beats, and sheer audience numbers.

I caught up with Seth in a cafe in Sydney on a chilly Winter morning. The last time we spoke was almost precisely one year ago; at the beginning of his album cycle, he was about to embark on a fifty-date national tour, followed by international dates, broke his foot, and most importantly, got a cat, Titan, eight months old. He chose the name Titan to be ironic, thinking he’d be small, but apparently he’s “massive”. He’s also been trained to sit, come at a whistle, and high-five. Would he write a song about his cat? Maybe, but “it’s not super tough,” he remarks. “You lose all your street cred in one song, instantly. I’d have to go to jail or something to balance it out.”

Good thing he’s heading out on tour, not prison.

You’ve got the 1969 tour coming up and it seems pretty fitting, especially with the video, around the US presidential campaign as well as what’s going on here.

Yeah, we didn’t really plan that, it all just happened at the same time, and now an Australian election  – lucky I know nothing about politics! But yeah the video looked really cool, we got Grey Ghost who did a bunch of the videos off the last album, he’s really good with that kind of distinct visual style.

My favourite line in 1969 was, “Like pop, why would you wanna war on it [the moon]?  he said what, Why would you wanna walk on it, my god, don’t ask why, ask why not” I find that really interesting, looking at the merit of space travel and exploration.

Well, they just did a bunch of dumb shit on the moon – as you would, but it was kind of cute, they played golf on it, cutesy stuff on the moon. They finally get to the moon and they just go for a stroll. But I actually got the idea for 1969 for a comedy skit from Mr Show (with Bob Odenkirk and David Cross). There’s a whole moon thing about blowing up the moon. I wrote it when I was really high for one thing, but I’d had the idea from Mr Show. Then I fleshed it out, and recently I said to my DJ, ‘you need to find some cool samples for the live show, jingles and old, weird, ’60, 70’s sounding stuff about the moon.’ And he stumbled across Mr Show, I didn’t tell him about it! He’s got all these samples from it, and there’s whole parts – I’ve been very liberal with what I’ve taken *laughs*

And speaking of space themes and aeronautics, you’ve kind of got your name on a plane now?

Yeah, it’s pretty dope, we’re running this competition where people put in this hashtag (#sentry69), and people are going to great lengths to win tickets to the show and accommodation and flights. Ten minutes after someone announced it, someone got a tattoo of the hashtag.

How do you feel about someone getting a Seth Sentry tattoo?

Um, flattered, but you also feel, like, have they made a big mistake? It’s right next to a tattoo of the hoverboard, though. But that’s not even the worst one. Someone has my face on their leg. A real, photo-quality face.

Is that weird? Have you seen it in person?

Yeah that one’s real weird. Not in person, but I’ve seen it in photos.

What do you with them? Free tickets?

Yeah, you look after them. Normally I give them a free ticket to the show. If someone sends me a crazy tattoo I’ll say we’ll sling them some merch and some tickets. But I don’t have any tattoos, so for me it’s just a huge, huge move. Like, fuck. You know that’s forever? What if my next album is a colossal failure? What can you do about the face? Put a beard on it or something? You know, I feel like making a flop of an album just to teach them a lesson.

Whoah! So ten minutes after announcing the competition this was sent through! Crazy! *COMPETITION TIME* Fellow citizens…do you want to win a trip for you and a friend to catch Seth Sentry on the 1969 Campaign Trail in Sydney? We are calling on you, the good people of Australia, to join us in covering this great land with the #SENTRY69 hashtag. We are looking for the ultimate campaign manager to get our slogan, #SENTRY69 into every home across the nation in the most creative way. Does your uncle own a sky writing plane? Perhaps you are a billboard signwriter? Or do you posses the supreme hacking skills to change the wallpaper images on your school’s computers? We wanna see it big, we wanna see it bold, we wanna see #SENTRY69 e’rywhere! The most creative and bold statement will see you and a friend flown to Sydney on Seth Force One (probably Virgin though)… Email photographic evidence to win@sethsentry.com and be sure to post it on instagram with the hashtag #sentry69 PS Please keep it legal. Prize includes flights, accom, meet & greet for 2 people. Plus 5 Ultimate merch packs for runners up.

So back to the tour, is there anything special planned for the show, anything themed? Going to wear a suit?

Here’s the thing. I would love to wear a suit, I’ve always wanted to wear a suit, but I’ll sweat straight through that motherfucker. If I was a singer and I could just stand and stay very still and strum my a acoustic guitar, great. I’m into that.

But when you’re running around… 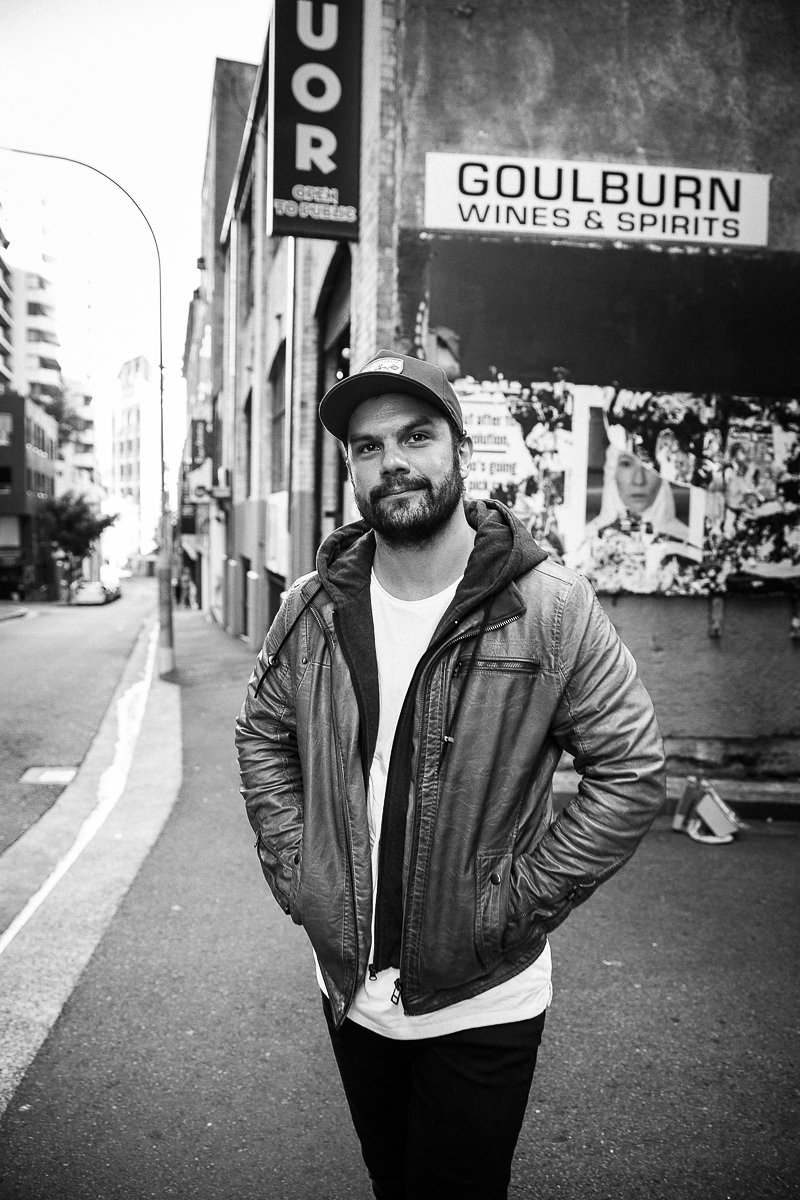 Without having released anything between tours, how do you change it up?

This tour in particular’s gonna be really cool, after doing the whole cycle and playing the live shows in a certain format, with me and a DJ, and now we’ve got a drummer, it’s really changed th way we look at things. Having someone new on board – we’ve got Stevie Cat Jr who used to play for Kimbra, and he’s just this awesome, awesome drummer, and he’s able to look at the set from a whole different perspective.

We’re also gonna play a whole bunch of new songs from Strange New Past that we haven’t played before, getting rid of a bunch of songs that I’ve been playing since forever, cutting songs and changing the beats. It’s pretty exciting and pretty nerve wracking.

You recently spoke about how you started to miss rapping for the sake of rapping. I feel the same way about writing sometimes.

Does that have a negative connotation? Does it take the fun out of it?

It does take the fun out of it a bit. As soon as I start writing something straight away, it’s like, oh shit, what project can I attach this to? Or I tell my manager that I’m working on something and he just goes, ‘oh you know what? When we do the deluxe edition of the album we can use that,’ and it’s like, man I just wanted to write for fun.

Do you just write for fun though?

Not really. I used to, but now I’m always working on a project, it kind of does just feel like work. So now I wanna go back to just rapping for the sake of it, just telling stories and not caring so much about what it’s going towards. I’ve been talking to other rappers who are in similar positions to myself, I’m trying to get a crew together just to get that back again. When I was young, you’d sit in a room in some shitty sharehouse in Fitzroy, everyone’s just sitting their with their scrap paper just writing raps and comparing it, just having fun with it, trying to write the most outlandish shit and just each other laugh. It doesn’t happen anymore.

Right, so you’ve always got someone saying, let’s attach this to this, or put a social media campaign behind it.

Totally! ‘Oh what beat are you writing to?’ ‘Oh shit, you know you’re not gonna be able to clear that sample,’ you know.

So if you did that would you be looking to record it at all, or just purely for fun, for the sake of rapping?

I’d be looking to record it, I wanna start putting free music out. I think it would be cathartic and conducive to getting that feeling back of just writing for the sake of it, writing, recording, shipping it out, not holding onto songs. Not even a mixtape, even a mixtape’s a project – just songs. Just stuff. I just don’t rap as much as I used to. I wanna not think about song structure. I wanna not care about getting a dope hook, I wanna just write a shit tonne of bars for the sake of it.

Check out our photo shoot with Seth Sentry

Read our review of Strange New Past 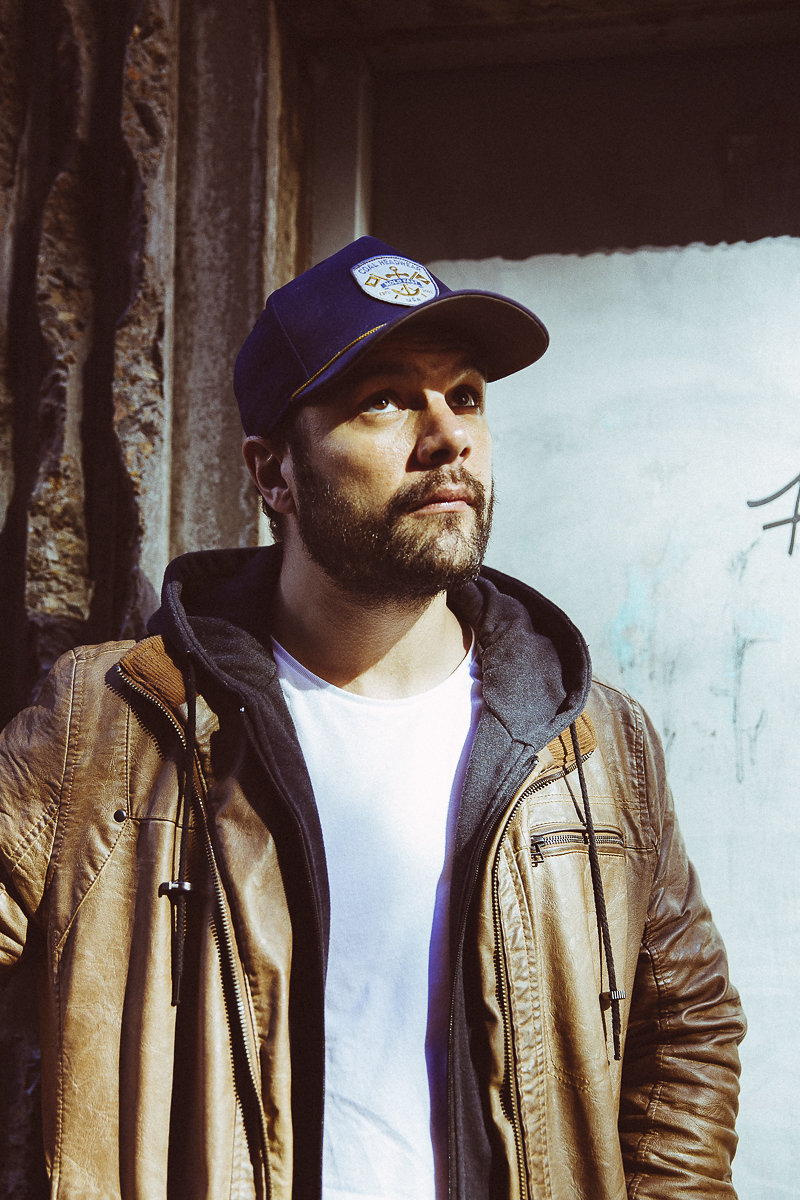 Seth Sentry will be on tour later this month with support from Remi. Tour dates: