The annual XXL Freshman Class is upon us once more, featuring a who’s who list of the rappers supposedly poised for superstardom. This year marks the ninth annual Freshmen class, and they are: Anderson .Paak, 21 Savage, Kodak Black, Lil Uzi Vert, Lil Dicky, Dave East, Denzel Curry, Desiigner, G Herbo and Lil Yachty. 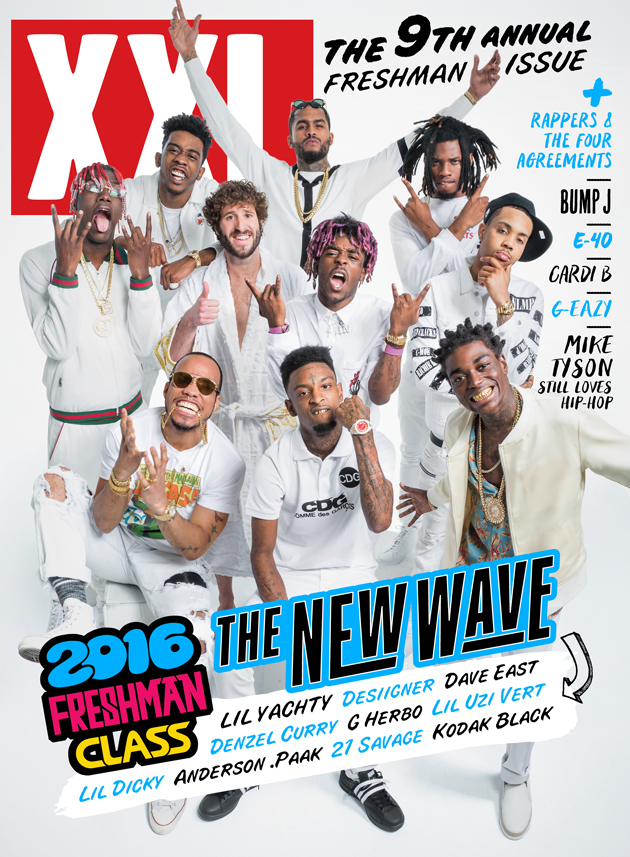 There. It’s all done now. Congratulations to everyone included, from the lesser knowns like Dave East and G Herbo, to chart-topper Desiigner, and my personal favourite artist right now, Anderson .Paak.

I’ve always found the annual Freshmen list interesting in that people take it far too seriously, like some magical hub for A&R hip-hop wizardry.

It is true that every single list since its 2008 inception has featured at least a couple of rappers who certainly went on to superstardom: Lupe Fiasco, Kid Cudi, J Cole. Wiz Khalifa, Mac Miller, Kendrick Lamar, Future, Danny Brown, Macklemore, ScHoolboy Q, Travi$ Scott, Action Bronson, Joey Bada$$, Chance the Rapper, Vic Mensa, Isaiah Rashad and Vince Staples have all been tapped for success in the various lists since 2008.

More often than not these lists are simply a point of industry and media debate; a showcase curated by alone single publication – a highly respected publication, yes, but one publication.

I’m not saying that these lists are pointless or irrelevant, I’m merely saying that people place way, way too much importance on who gets in and who doesn’t, in the same way that people place way too much important on who ends up on end-of-year lists. This is about as subjective as it gets. It’s also incredibly male-dominated – even for rap. In the entire history of the XXL Freshman, there’s been three women: Tink, Angel Haze and Iggy Azalea. Yes, three. Out of nearly one hundred. But we’ll save that for another article.

You need to also consider the backend of this project: XXL works with each of these artists over the coming months to release exclusive material, new music, interviews, live performances and so on. The availability and cooperation of these artists plays a major factor – it’s not like XXL just picked a bunch of rappers without any consideration from their end. For instance, artists including Jay Electronica, Tyler, The Creator, Young Thug, Nicki Minaj and A$AP Rocky are all major example of artists tapped for fame who turned down the opportunity.

Yes, some industry execs and A&R hawks will swoop in to take a closer look at those who made it (and those who didn’t), but a quick look through the list’s history will prove that it doesn’t exactly make or break artists.

Yes, it’s a fantastic, fun list and a tremendous pat on the back. It’s also an exciting media campaign, with each freshman to drop exclusive interviews, videos, cyphers and freestyles in the coming week.

But stop taking it so seriously.