By now it’s obvious to just about everyone that the lockout laws have badly damaged Sydney’s music scene, nightlife and culture. The last few months have seen a rise in the Reclaim The Streets movement, who have garnered attention and support through street protests, online communities and beyond. In March, they led thousands of protesters through Sydney’s CBD, wheeling portable DJ booths and speaker systems and eventually placing a massive turd at The Star casino. Although these are the biggest events drawing the most attention, Reclaim The Streets have been throwing “protestivals” in Sydney for years and on Saturday they threw another one.

Dubbed Broke But Not Broken?, it started at Sydenham Green with portable sound systems, some casual boozing and a then bit of a march through the Inner West. The motives of the protest were numerous: to reinstate the councillors who were recently sacked by the state government, to demand affordable housing by enforcing a rent cap, to end negative gearing and to oppose the Westconnex highway development. Broadly, the protest embodied the all-too-common feeling that the Baird government is not only ignoring the interests of young people, but sterilising the city.

Though nowhere near as big as the protest held in March, traffic was stopped at Sydenham while a procession of people danced and hula-hooped through the streets, punctuated by the odd chant of “Not happy Mike”. The protestival then took the form of a loud and colourful street party in amongst the factories of Marrickville, with a dozen sound systems blasting various forms of dance music. 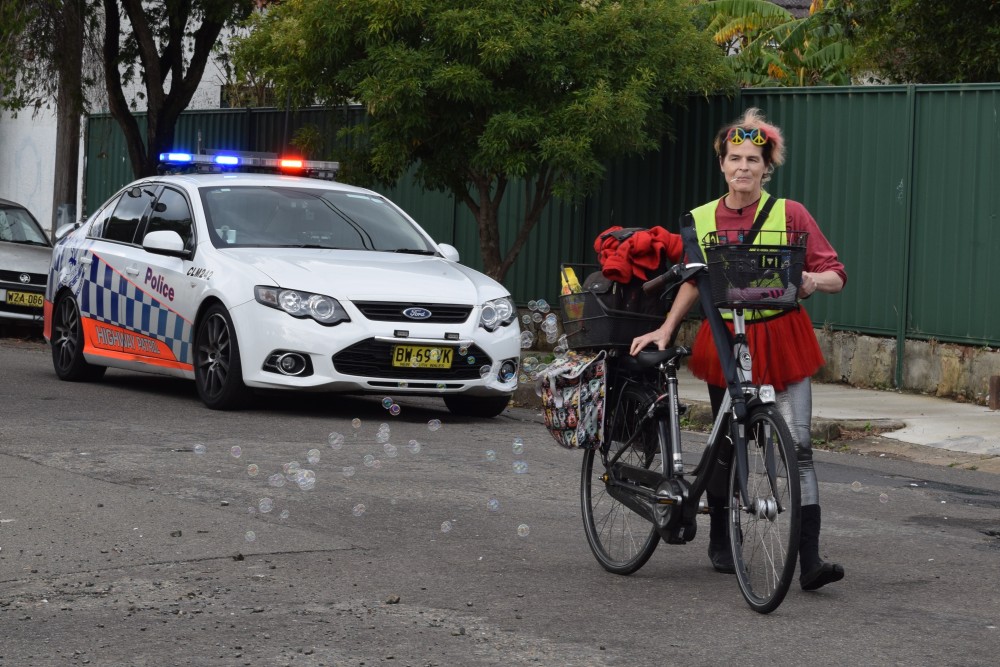 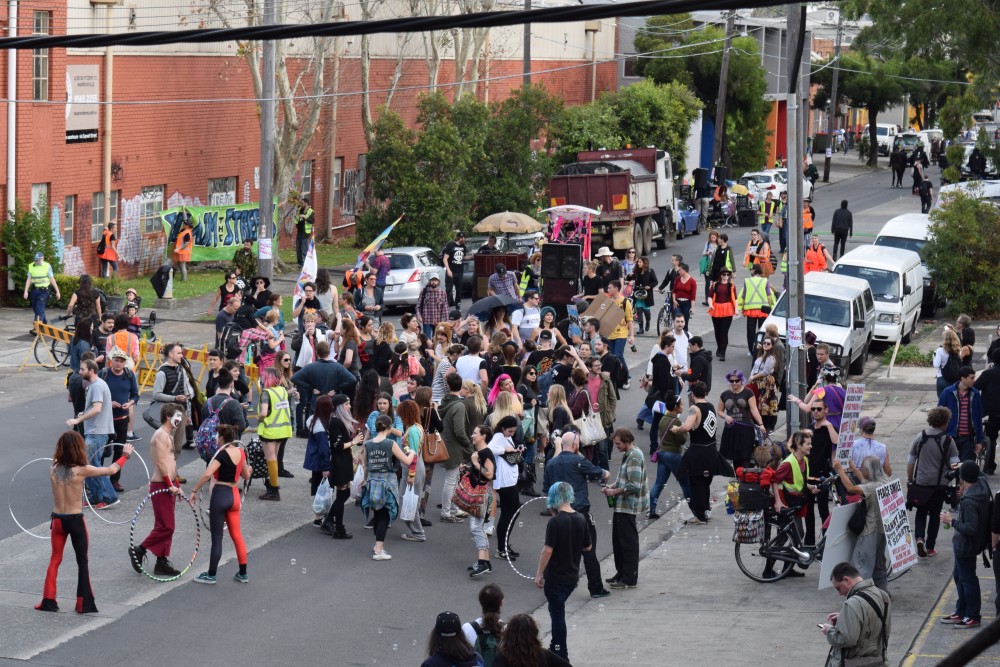 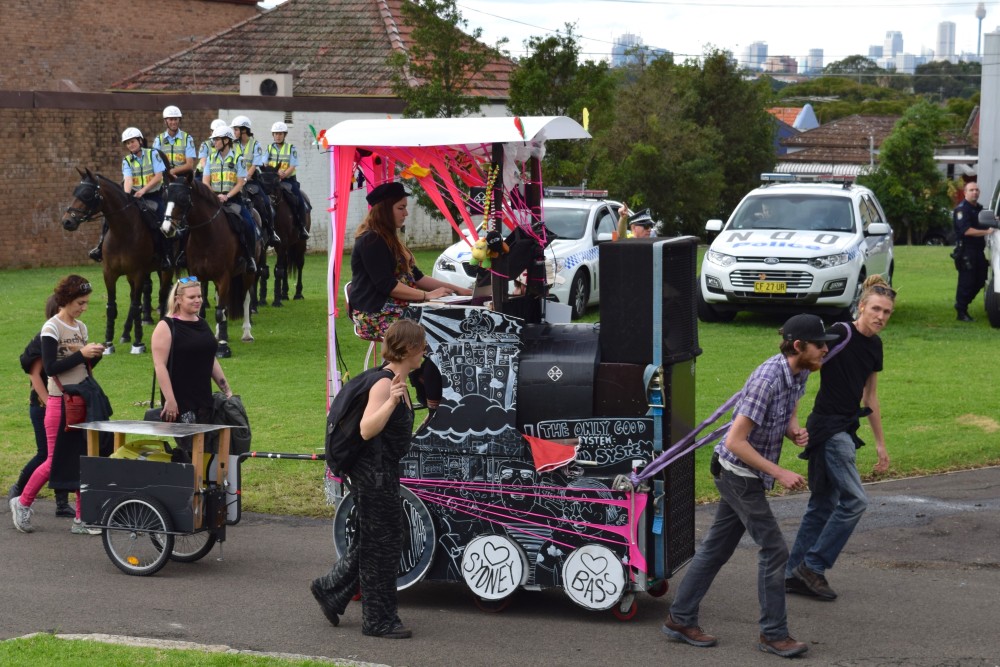