Aesop Rock turns 40 years old today, and Kanye West turns 39 on Thursday. Pusha T turned 39 last month, too. They’ve all released music this year. All of it has been incredible; fresh, real, lauded by fans across the globe.

Rappers, much like pop and certainly electronic artists, are seemingly getting younger every day, with many emerging artists too young to legally drink in many countries. Vic Mensa has the year “1993” tattooed across his stomach, while many of his contemporaries like Vince Staples, Chance the Rapper, Earl Sweatshirt, Rae Sremmurd, Raury, Casey Veggies, Joey Badass, Little Simz, Bishop Nehru and plenty more are the same age or younger. Hip-hop has always been youth-focused, both from the artist and audience’s perspective – but nowadays that’s changing. 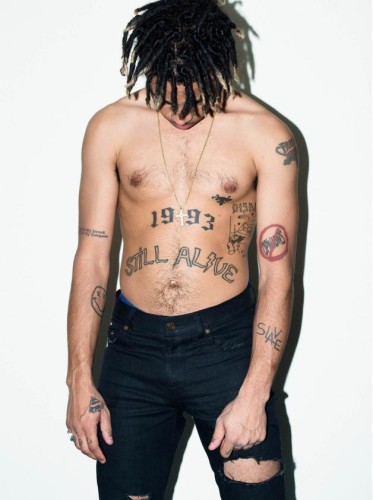 It’s interesting to see the direction hip-hop goes in when rappers age. Almost every rapper started out as young teens, and those emerging into mainstream fame are usually around 18-20. However, it’s the kind of music which typically has to change with age; people at 40 are different to who they are at 20. Like with anything else, if they acted or spoke in the same way, it would feel stale, desperate, and, well, old.

Today there are so many older rappers who are just as fiery, electrifying and relevant as ever. Although his latest album was admittedly sub par, at 46 years old, Jay Z‘s two very recent features on tracks from Pusha T (39) and Fat Joe (45) and Remy Ma (36) are his best in years. At 51, Dr Dre‘s Compton was a masterpiece, while Run The Jewels (both 40) have released two of the most important albums of the past decade – with a third undoubtedly on the way soon, to give a handful of examples.

It’s interesting and kind of weird that forty seems to be such a big deal for many rappers, although I suppose the same can be said for anyone, and that it’s just more noticeable in hip-hop, where your musical output is often very specifically grounded in who you are at that time in your life. Like I said, rappers can’t spend twenty or thirty years rapping about the same shit. Not only is this boring on a musical level, but it becomes disingenuous and false.

In an interview on his 40th birthday, Nas described it as “incredible.” “I was always this dude,” he responded to a question about what’s changed. “When you’re young and you on fire, there’s nothing like that feeling. Where I’m at now is a more relaxed place, but I think it’s still in me when I need to get crazy.” He went on to say that it wasn’t so much that his music is more cautious or reserved, but that, “The speed changes. You have to adjust your life, you got new things in your life, you become more of a businessman, you become a father, that matters, that weighs in.”

Similarly, 50 Cent addressed the big day last year in an interview with Jimmy Kimmel. Kimmel noted that his music had changed, to which 50 replied, “I gotta work on it. Sometimes when I write things, it’s where I’m at right now. And it’s like, ‘no, that makes sense, take that out.’ You can’t have maturity in your music.” This is an incredibly interesting, and rather wise comment coming from someone like 50 and the type of rap he’s put out.

Rappers often use age as a way to reflect, a la Jay and Push on the fantastic new single Drug Dealers Anonymous. Many others shift their focus to other areas, like film, the recording industry, labels and more, like Jay Z, Ice Cube, Puffy, Eminem and Dr Dre. Others collaborate with younger artists, not necessarily within hip-hop, in a way that keeps their output new and exciting – MF DOOM‘s 45 and he just dropped one of the coolest verses this year on the new Avalanches track, while Raekwon (46) fits perfectly on Flume‘s new album, more than twice the age of the other two rappers featured, Mensa and Staples, both 22.

But what about the rappers who have found themselves in a renaissance at that age? How do you explain it in a world where the young are the most powerful? Or, more importantly, why does it need to be explained?

It’s remarkable that in a world so heavily populated by teenagers, older rappers can come out and not only produce phenomenal new, incensed, powerful music, but receive the praise and attention they deserve.

Pitchfork set the scene well in a 2014 feature on Run The Jewels: “It’s October 2014 and, in the upside-down free-for-all that is modern popular music, one of the hottest hip-hop duos in the United States is made up of a pair of 39-year-olds who’ve banked off interstitial cartoon music for a rare late-period career renaissance.” Around the same time, El told Rolling Stone that “There’s really no fucking way that you’d ever think, ‘I’m gonna make my best friend at 35,” a statement which could no doubt be repeated for music.

When Aesop Rock rock was asked to describe his new album to The Source, he had this to say: “The Impossible Kid is me closing in on 40 and just going over it all. It feels sorta reflective in the sense of going through some childhood memories, some family stuff, some friend stuff, some music stuff, some moments of being baffled by the youth of today, and just coping with getting older.

“I kinda feel like turning 40 is a very specific thing in our society. It somehow holds more weight than any other age, even though in some ways it’s pretty arbitrary. For whatever reason, it’s the age that we are officially old. Maybe because if we’re lucky, it’s the halfway point.  In your 30s, you can kinda still pretend to be young, but there’s not much pretending at 40. It’s the age that looms more than any other. So yeah, this is the sound of me sliding into 40.”

The point of this is just to note that the ‘ageing rapper’ is no longer considered a death sentence. Hip-hop has traditionally focused heavily on youth, in terms of artists, subject matter and intended audience – but none of this is necessarily true today.

50 Cent said there cannot be maturity in music, and while this makes sense for him and his music personally, as a whole I disagree; it just depends on context. Growing up doesn’t necessarily make them softer or more boring or anything like that – you can hardly say Pusha T or Dr Dre are making the hip-hop equivalent of dad  rock – it’s just that the game changes, as Nas said. You grow, you have a family, a business, different ambitions and priorities. Your life changes, so your music changes. Not for better or worse; it just grows, like you.